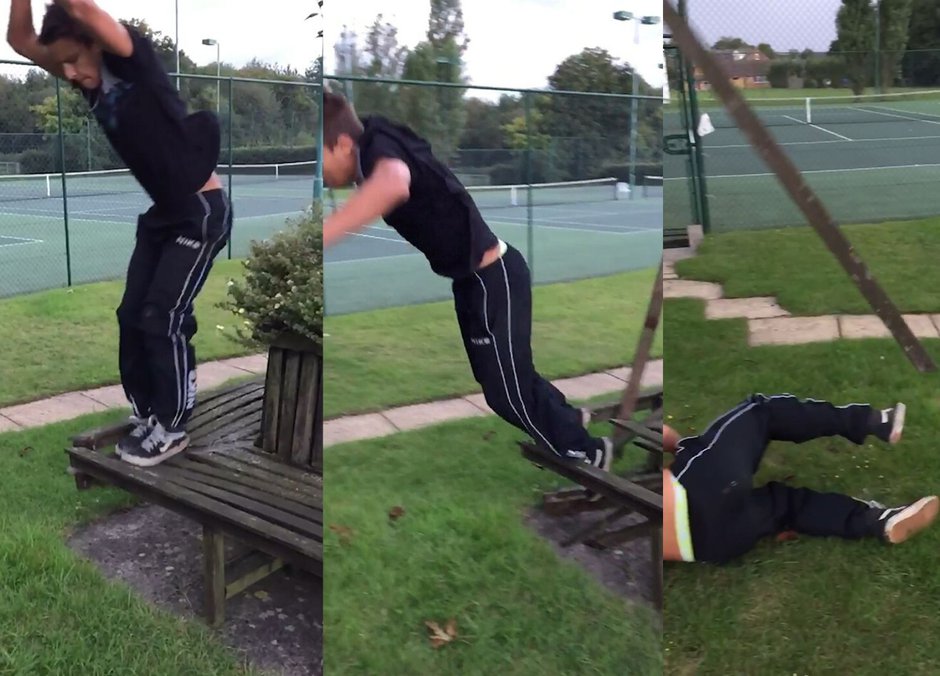 This is the hilarious moment a show-off teen tries to do a 'parkour' front flip off a bench - but ends up flat on his face as the bench COLLAPSES underneath him.

Jordan Mackay, can be seen leaping onto the park bench with a determined look on his face, as he stretches up his arms to launch into a flip.

But instead, the teen got an unexpected shock - when the square bench gave way beneath him, sending him sprawling onto the grass.

Two friends stood by and filmed the cringeworthy moment that wooden planks from the bench went flying into the air, before sailing down onto Jordan and hitting him in the face.

But Jordan, 19, from High Wycombe, Bucks., said that ultimately, he and his friends were left laughing about the incident, and he got straight back on his feet and ran off.

Jordan said: "When the bench gave way we were all shocked but ultimately just laughed at the whole thing.

"The fall itself didn't hurt - the board which flew up did hit me in the face, but no serious injuries sustained from that, just a scratch.

"I used to do a lot of stuff like that because I trained in gymnastics when I was younger - but I don't do it so much anymore."