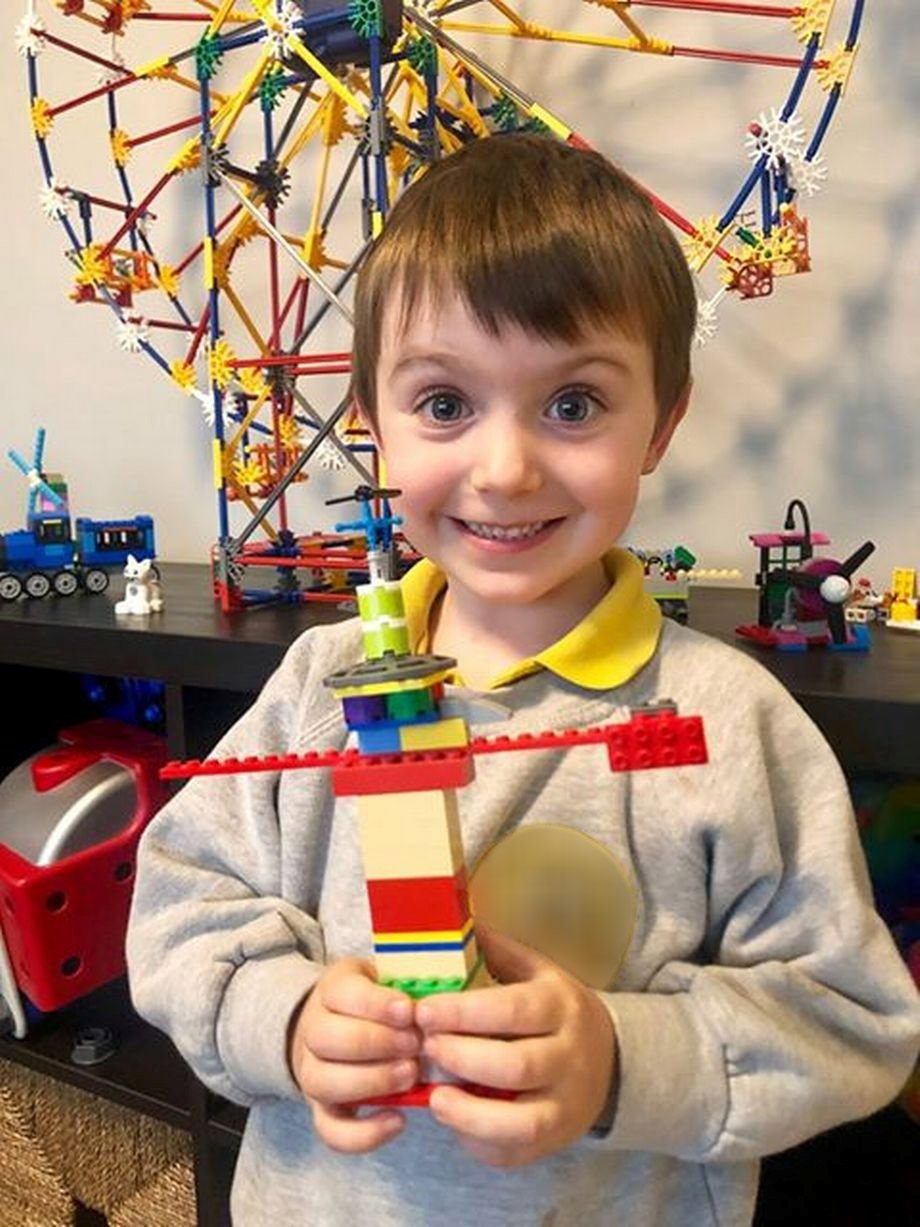 A four-year-old genius inventor and engineer has offered the French president his plans to rebuild the Notre Dame Cathedral - which he has made out of LEGO.

Super-bright Thomas Nourse-Wright has been taking apart and rebuilding clocks since he was just two and can build electrical circuit boards for fun.

He loves being surrounded by Lego blocks and cogs, and at the age of just four already classes himself as an "inventor".

After French president Emmanuel Macron announced a competition to replace the burnt-down Notre Dame spire Thomas has come up with his own design.

He has now crated his version - from Lego bricks.

The youngster, from Cheltenham, Glos., has been watching news clips of the Notre Dame fire on repeat since the blaze in April, according to his mother, Julia.

Little Thomas said: "I would really like it if the President would look at my design and talk to me about the drawing that I made.

"I made the model of what I want it to look like out of Lego. I came home and I got my ruler and made a plan of what I can do.

"In my design of the spire on Notre Dame, I want to put a sprinkler in so firemen do not have to do it if it was to catch fire, and it would be easier to put a fire out."

After a fire devastated Notre-Dame Cathedral in April, the French President announced a competition to replace its spire, and a flurry of designers have offered their proposals.

Thomas' mother, Julia Nourse-Wright, 33, said that she saw the window for plans to be submitted, and thought that Macron would like to see her son's ideas for the spire. 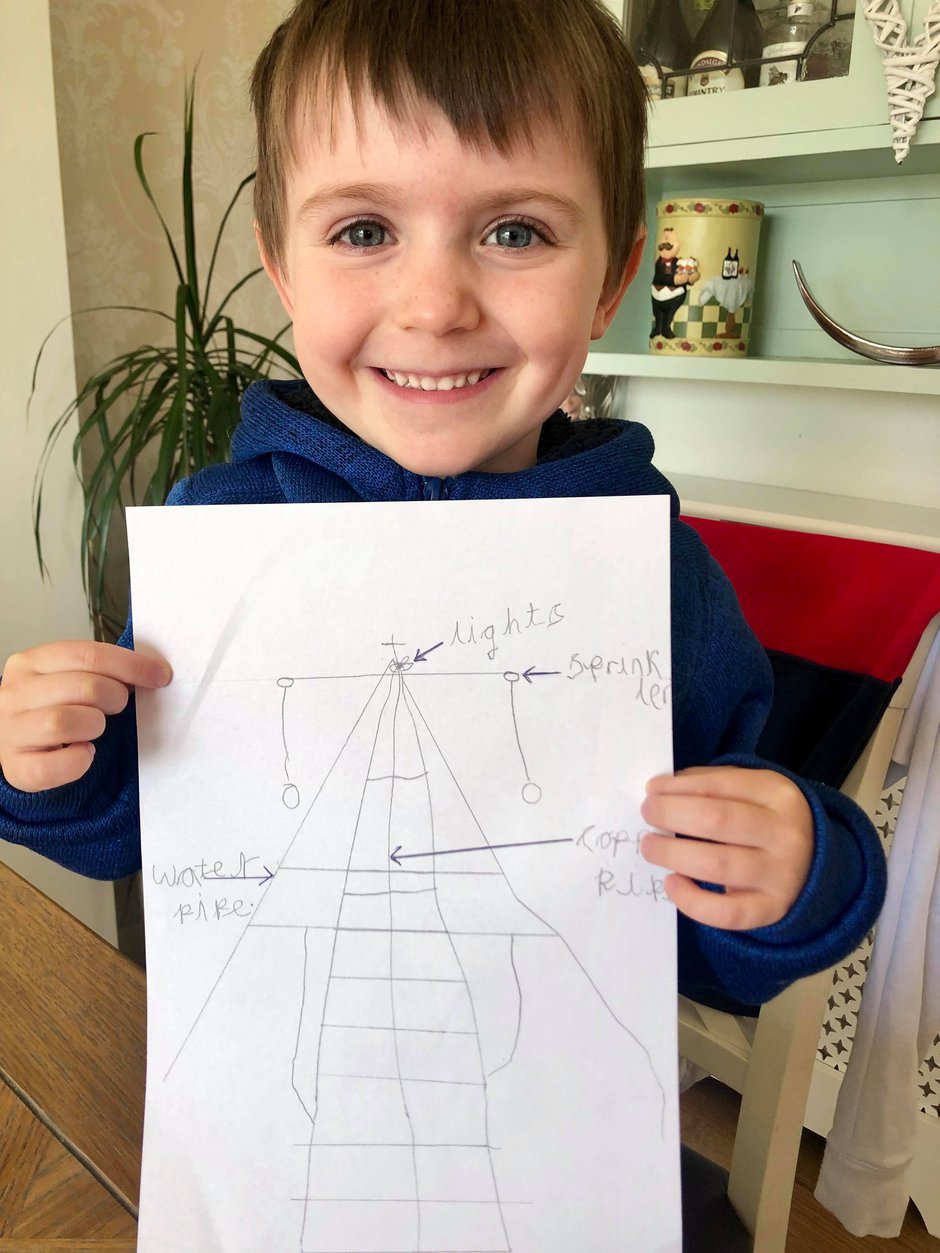 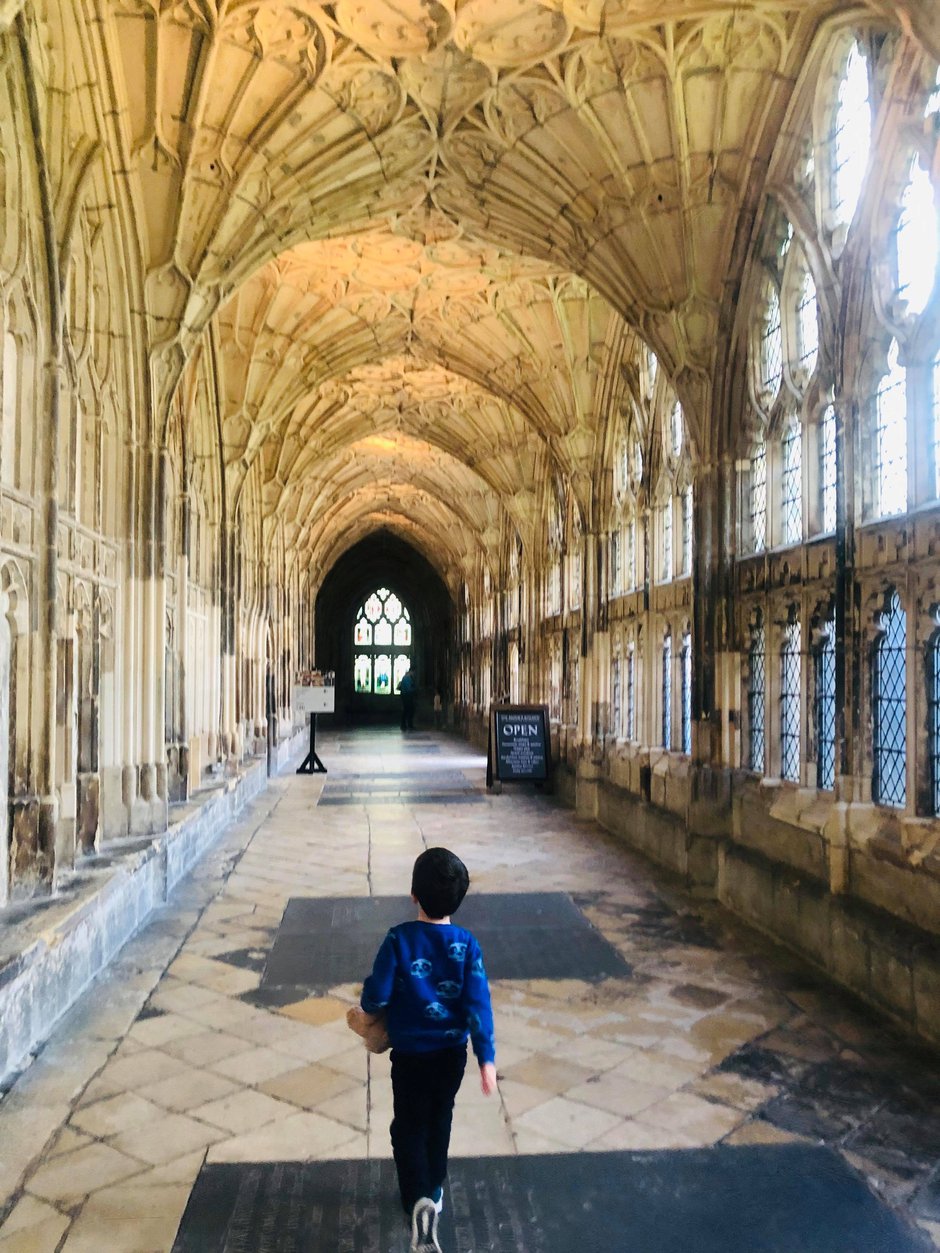 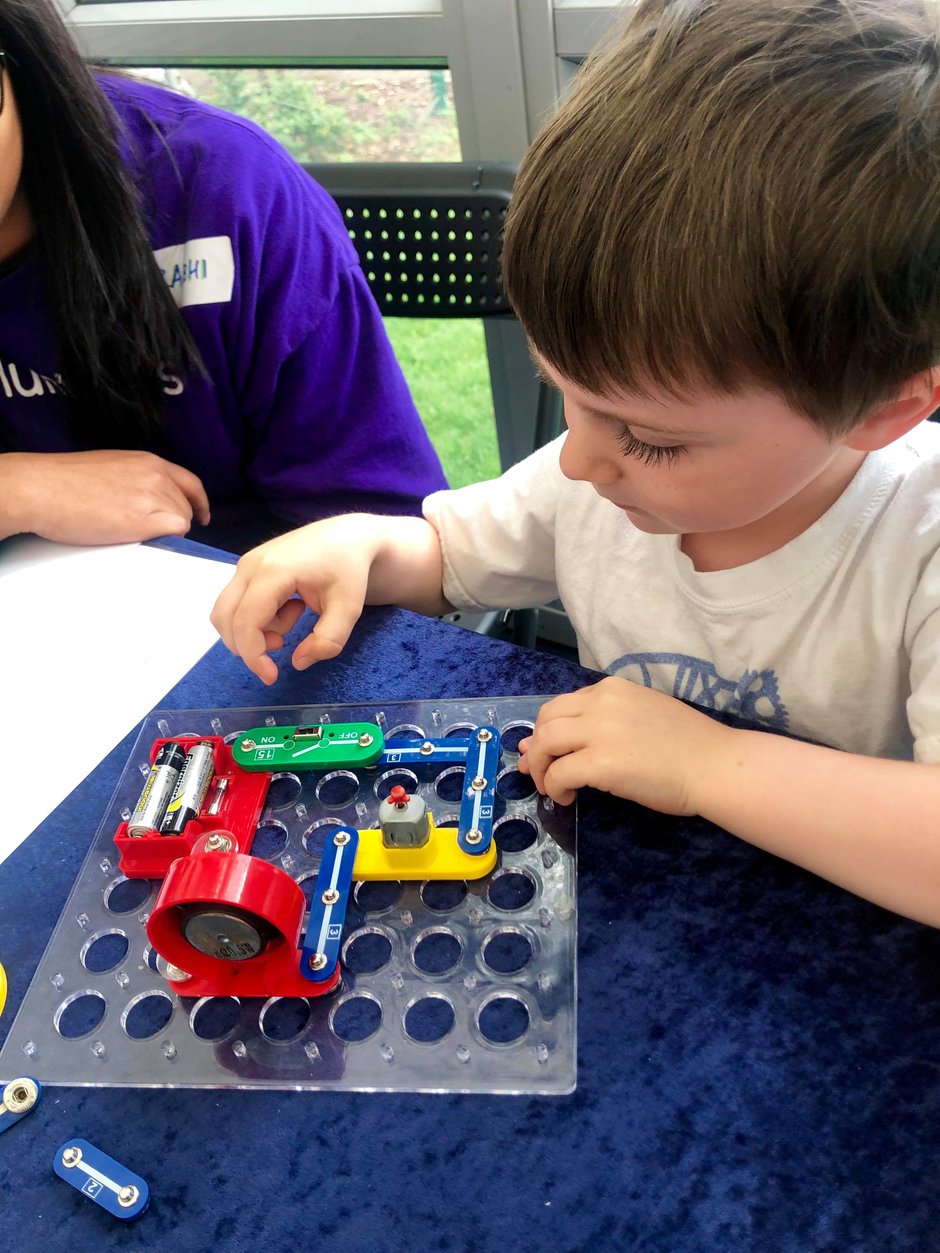 The mum-of-three said: "I have been in contact with the president and Notre Dame.

"But I have not heard anything back except that the presidents office suggest that I contact Notre Dame directly.

"I can't even pinpoint when he became obsessed with it. We never spoke about it at home. He just kept watching news clips over the fire over and over.

"He said, 'I wish I could make it with Lego so it won't burn down.

"When I told him about the competition, he straight away went to get a pencil and paper, and he just drew."

Julia added: "His knowledge is amazing. He has always been fascinated with anything that has a mechanism - fans, dishwashers, air conditioning units.

"He has an obsession with clocks, ever since he was about two. His bedroom wall is covered in clocks. He likes to take them apart and put him back together.

"He just seems to have a natural understanding of how things work - and if he doesn't, he'll take it apart.

"The words he uses when he's working on thing is just amazing. He knows what a magnatron is, and how it converts into energy.

"He's just in his own little world most of the time, playing away.

"We bought him toys, like the electrical circuits that were meant to be from age eight years old and up and he has been playing with them since his last birthday.

"We realised quite early on that we couldn't stop him from playing with electrical things - so we just had to teach him about safety.

Thomas often comes out of school with ideas for new inventions.

He knows what he plans to be when he grows up - already he classes himself as being an inventor and loves all things science related.

Thomas said: "I really like the towers of Notre Dame. They look good and I like the structure. The towers' structure is very good as both parts of them survived.

"I have a book of the plans that I have made and I have taken it to school."

His family are very supportive of his work and hopes and dreams.

Thomas’ father George Nourse-Wright, 34 said: "I am very proud that he has found something that he is so good at. I hope that it is something that stays with him.

"He is always asking questions and always on the go. He is wanting to know more all the time."