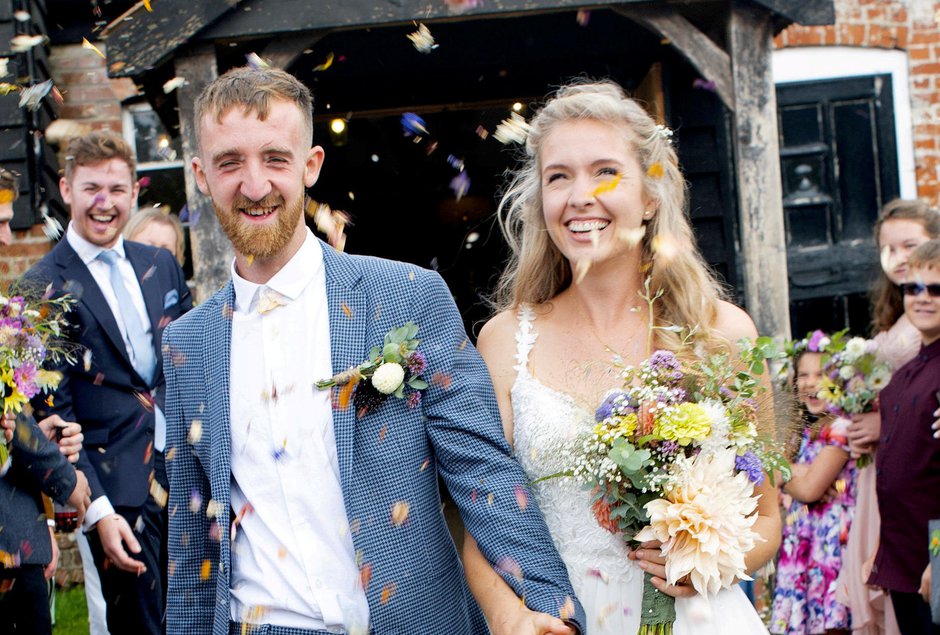 A green-fingered couple rented an allotment to grow all their own flowers - for their WEDDING.

Tyler and Aimee Morrison spent a year growing colourful blooms which adorned the guests, tables and venue at their nuptials.

Their flowers decorated the buttonholes of the groomsmen's suits and even the confetti was made out of dried petals from their plot.

They grew poppies, dahlias, Cosmos, and sweetpeas, as well as plenty of wildflowers, including blue cornflowers.

Their countryside wedding venue was filled with bouquets, table arrangements, and a floral arch of 20 different types of pink, white, purple and yellow flowers.

And they had enough left over to dry some out and press them - so that they could be showered with a confetti of their own petals as they walked out of the ceremony. 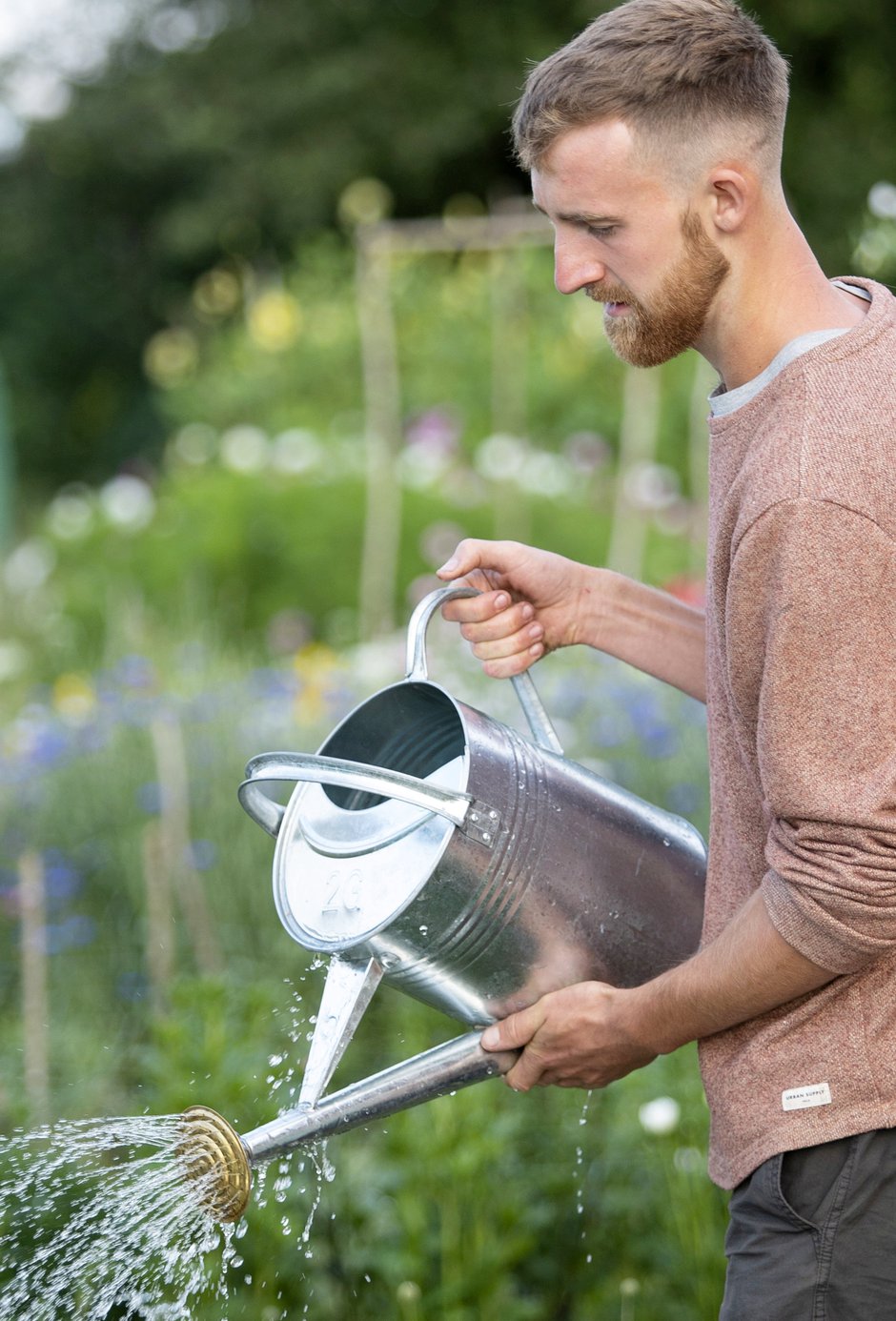 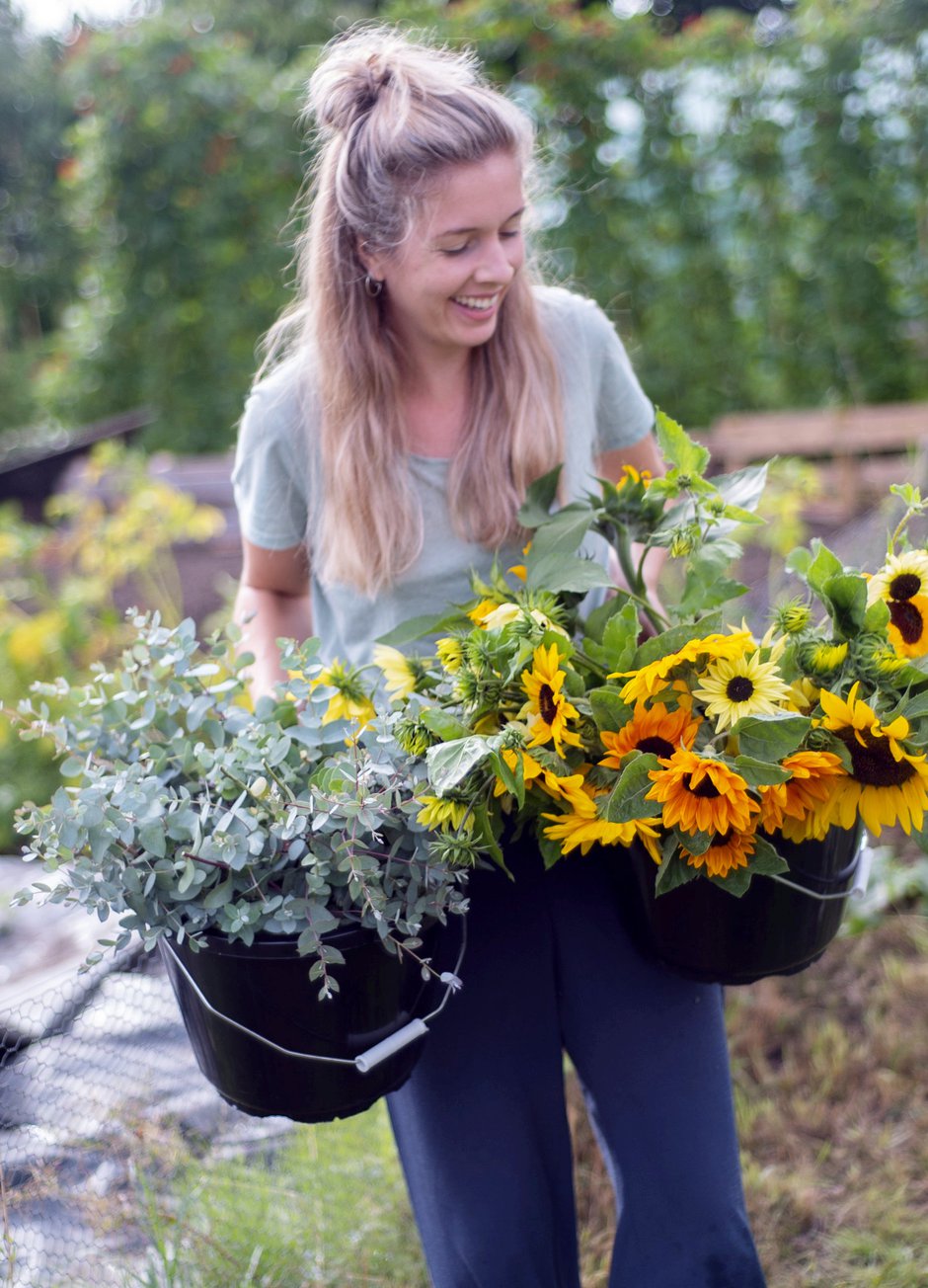 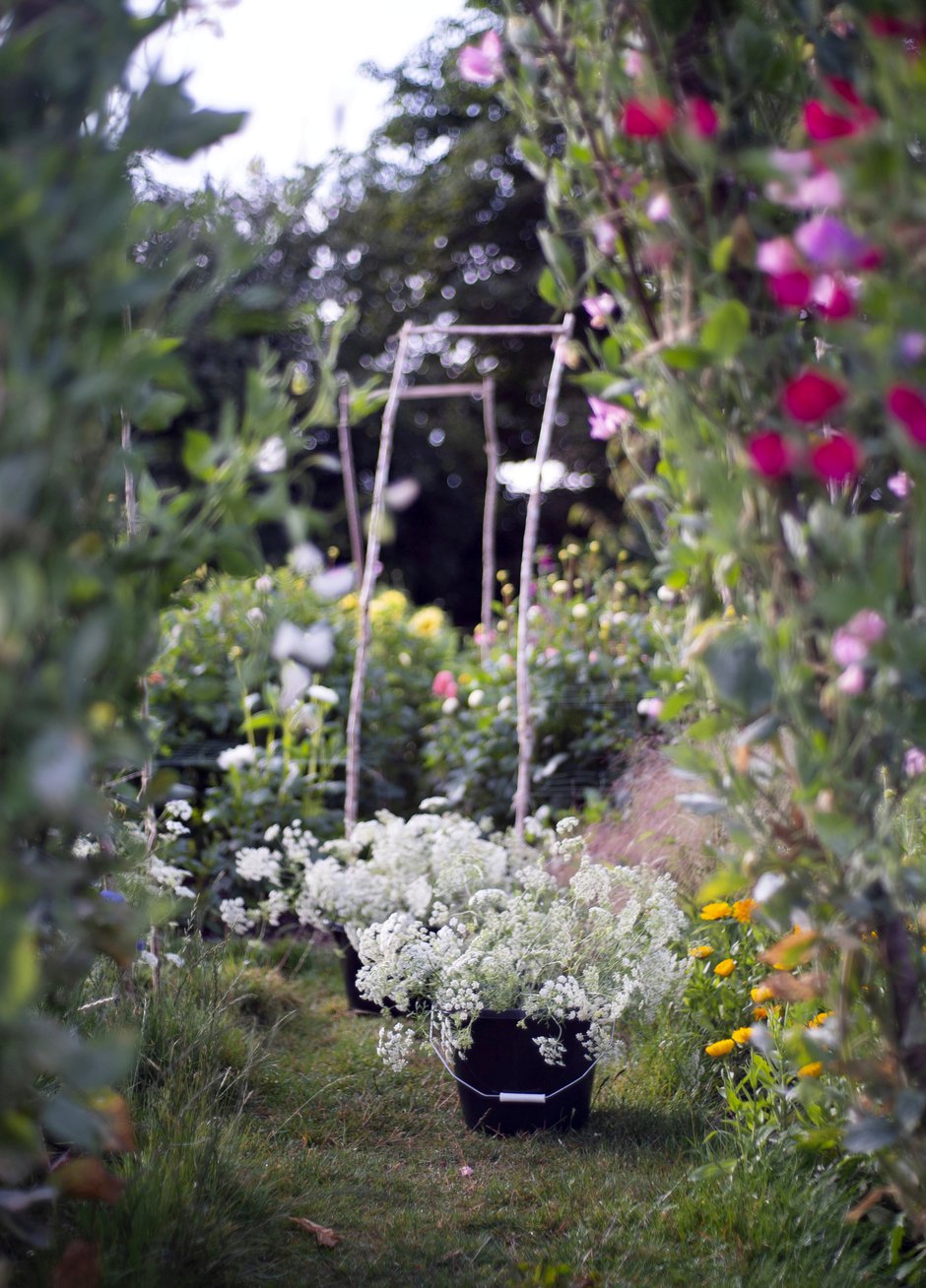 The couple grew all the flowers themselves in an allotment they took on just twelve months before their wedding on August 10 after almost nine years together.

The couple, both 25, from Salisbury, Wilts., described the gardening project as "a steep learning curve".

Tyler, a carpenter, joked: "Up until we got the allotment, my only real experience of gardening was that I had killed a few house plants.

"When we first got the allotment last summer we didn't really have a clear aim in mind. It wasn't our initial thought to grow the flowers for our wedding.

"We've always had the ambition of being quite self-sustaining, and growing our own plants.

"Once we'd decided we'd grow flowers for the wedding, it was quite a steep learning curve.

"We jumped in at the deep end. We had to prepare it all in the winter, so we spent quite a lot of time down there with freezing fingers.

"Then as it got closer to the wedding, with the heat of this summer, we were quite often down there watering the flowers at 7am.

"Sometimes we wouldn't leave the allotment until 10pm. Most of our weekends were spent down at the allotment.

"Minutes definitely turn to hours down there - but we enjoyed it. We weren't sick of it."

He added: "So much can go wrong with extreme weather - some days we would go down there and find the ground as flat as a pancake."

Tyler and his graphic designer bride, Aimee, threw themselves into their wedding project, growing 20 different types of flowers for their venue at Dean Hill Farm in West Dean, West Sussex.

And the couple were certainly not short of ideas on how to use their flowers to decorate their wedding venue.

Tyler said: "In the weeks leading up to the wedding we collected loads of jam jars and dotted them around with flowers in them.

"We also had a floral centrepiece on each table, and I built a wooden arch that we could decorate with flowers." 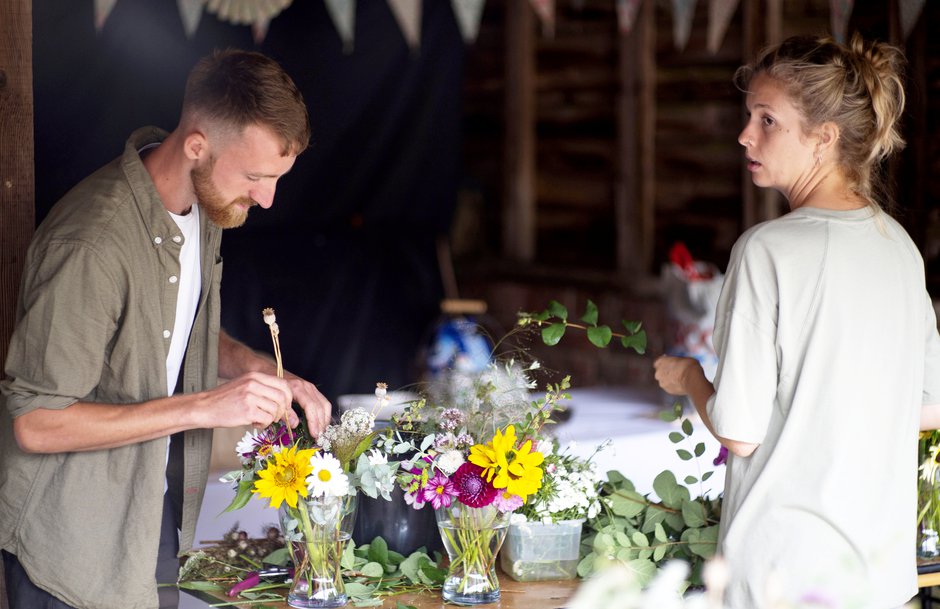 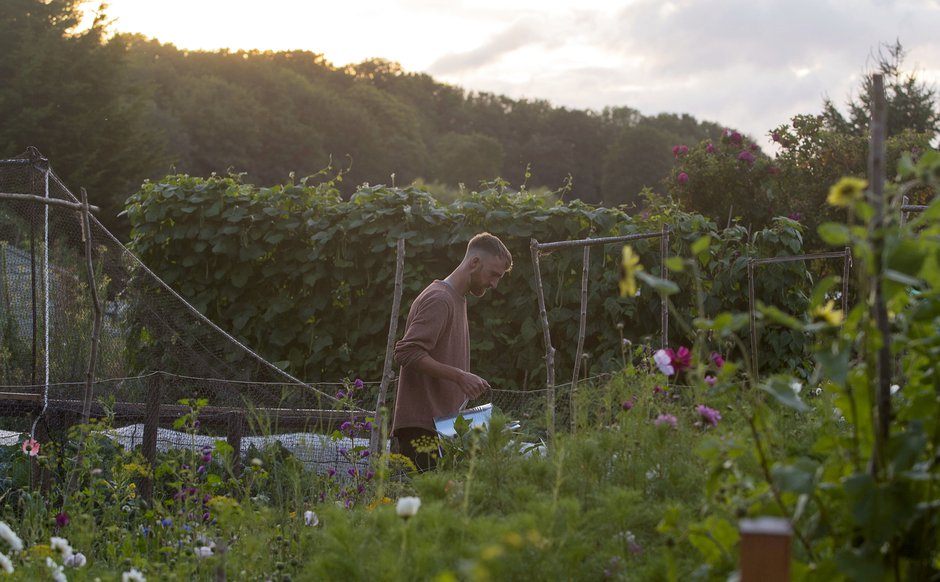 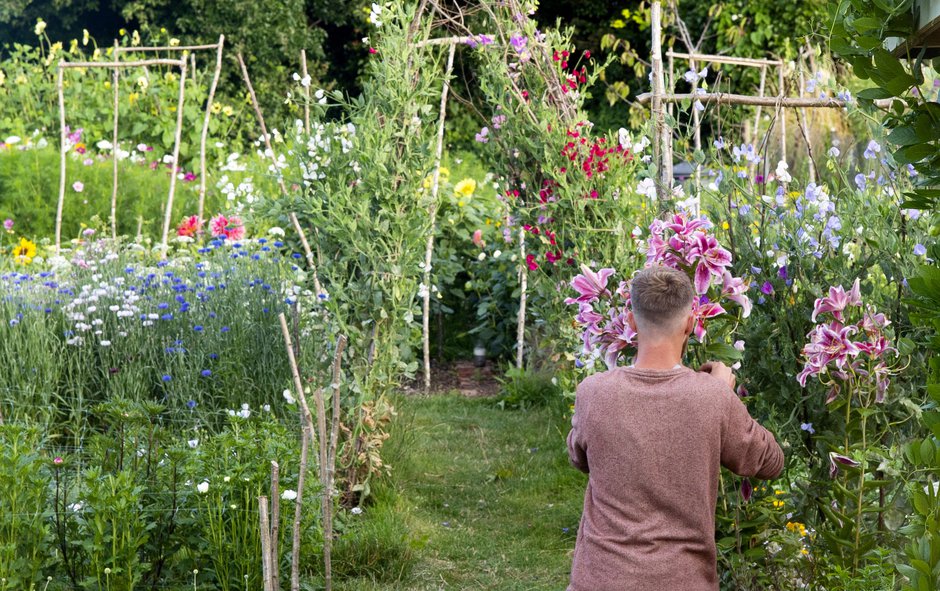 And Tyler said the most "time-consuming" part of the floral arrangements was drying out flowers and pressing the petals to be used as confetti.

He said: "Luckily we had more than enough flowers, and we got quite a good response from people.

"Loads of our friends ended up pitching in to help us arrange the flowers, so it all went smoothly. It was really, really good."

Tyler said his favourite flowers to grow were the small, round poppy seed heads - whilst his new wife preferred the "showy" flowers, like the dahlias.

And the newlyweds don't have any plans to stop there.

He added: "A friend of ours is getting married in three weeks and has asked us to do the flowers for their wedding.

"I think the aim is eventually to turn this into a small business. We've invested a lot in the allotment in the last year, and the flowers always grow back after you cut them." 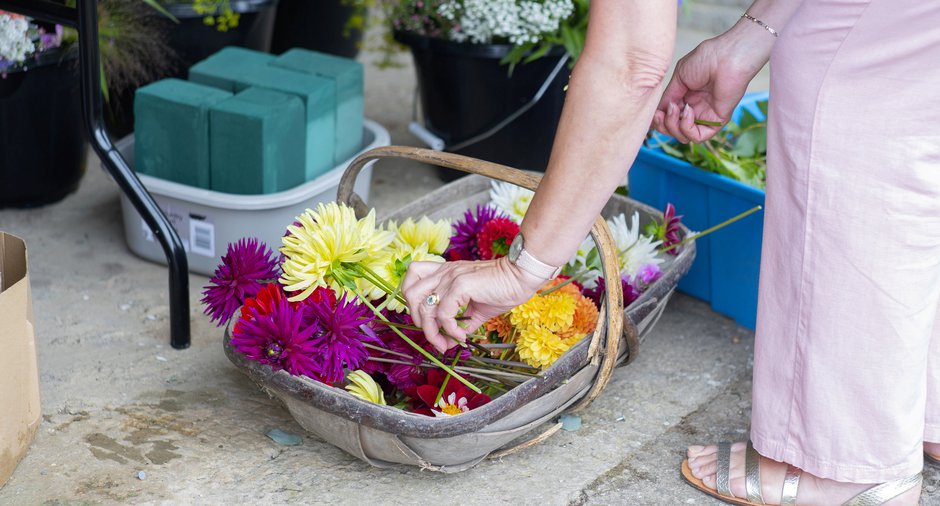 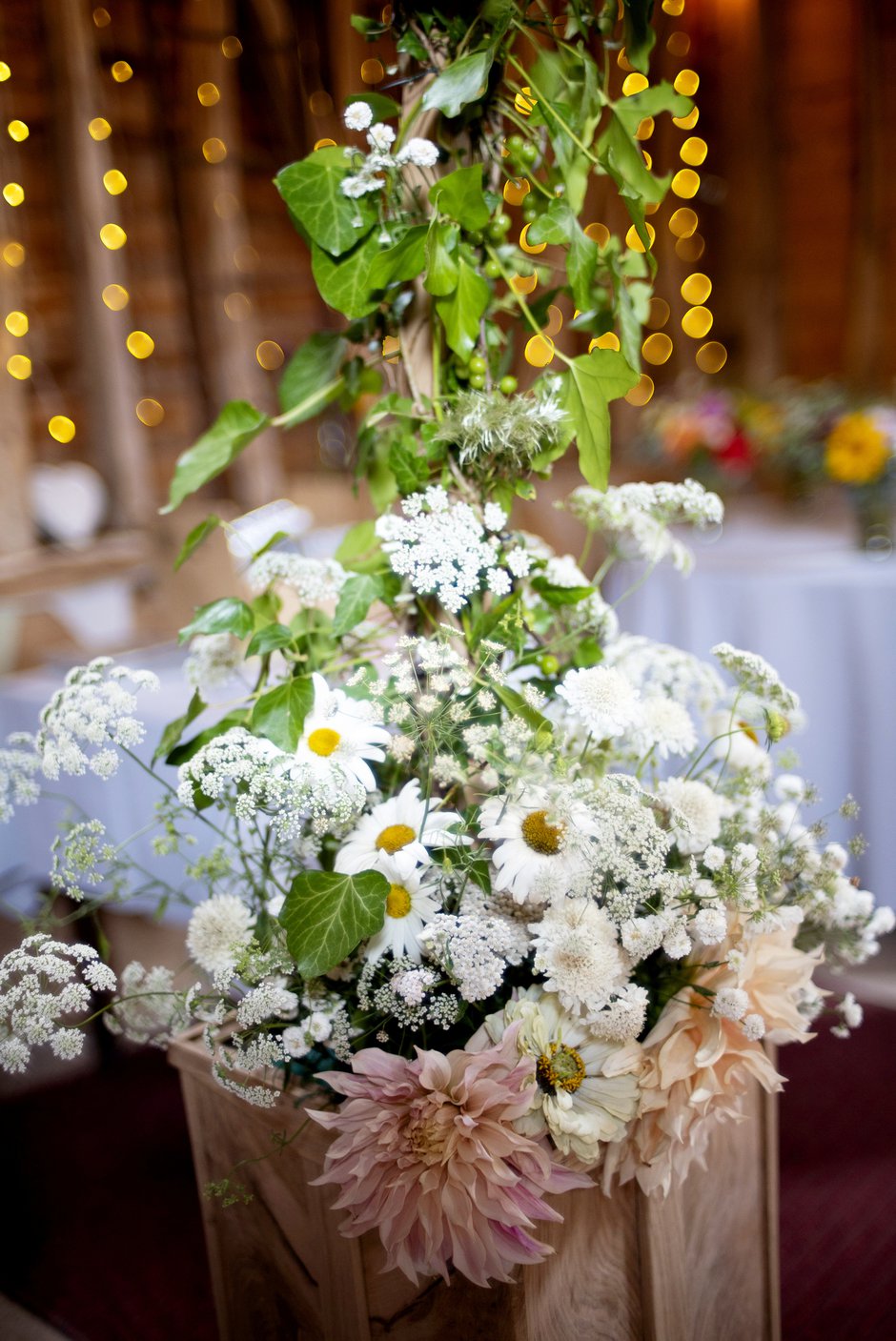 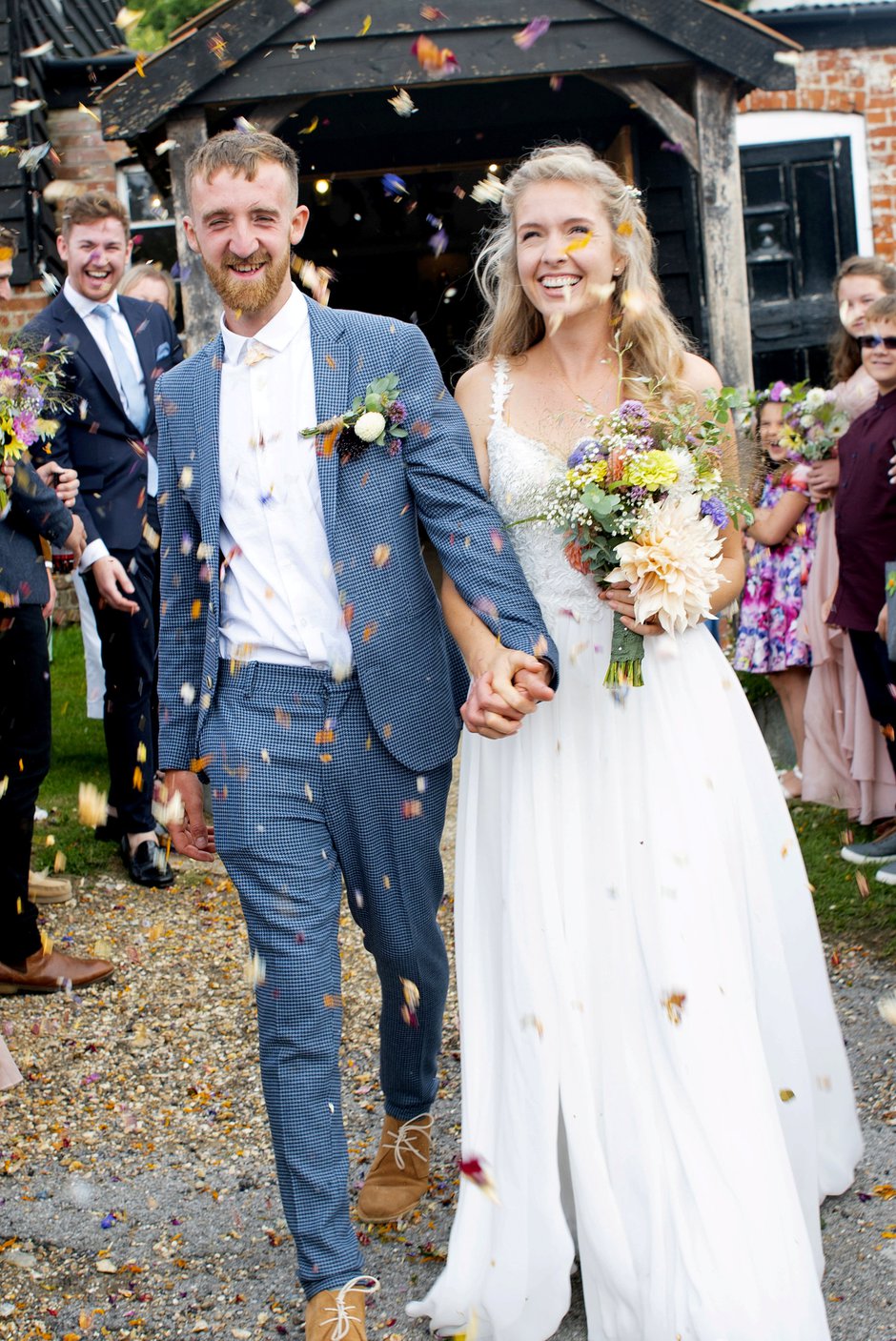 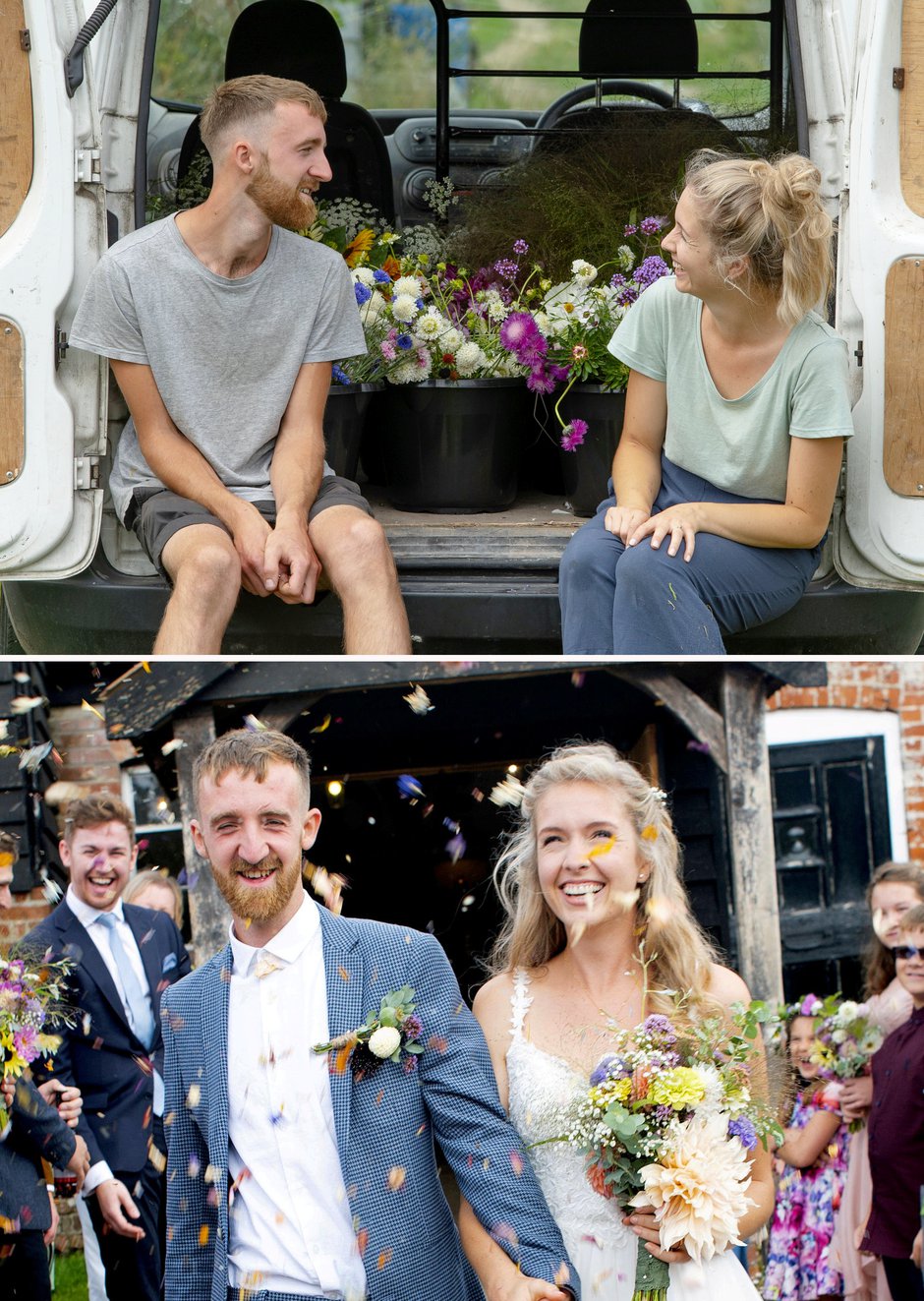