The depraved teen was given anonymity throughout his trial at the High Court in Glasgow, due to his age. 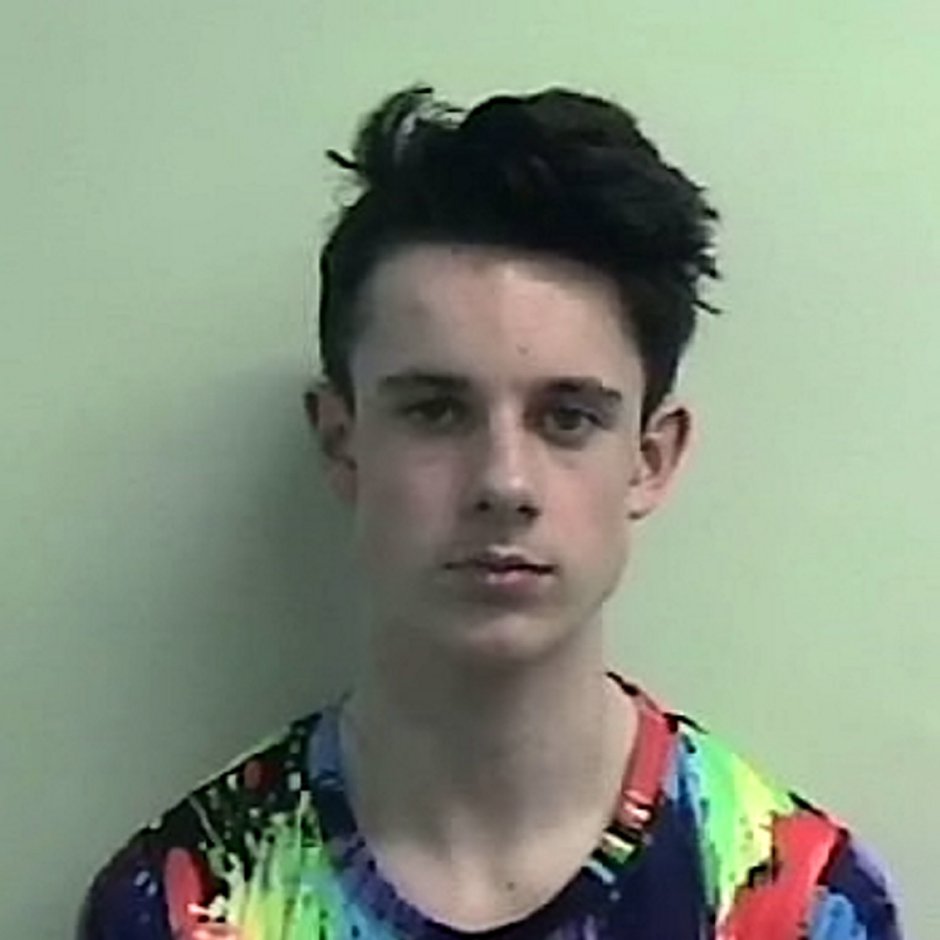 The 16-year-old boy convicted of raping and murdering Alesha MacPhail was named in court as Aaron Campbell.

The depraved teen was given anonymity throughout his trial at the High Court in Glasgow, due to his age.

Scotland gives people under the age of 18 statutory anonymity under Section 47 of the Criminal procedure (Scotland) Act 1995.

But a judge can be requested to lift the ban, if it is considered to be in the public interest, so a criminal can be named and pictured.

Campbell, from Ardbeg, Isle of Bute, was told that the rape, murder and abduction of six-year-old Alesha was among the ‘wickedest’ crimes ever heard at the High Court in Glasgow.

Judge Lord Matthews, who presided over the nine-day trial, held a hearing to decide whether anonymity should be lifted.

Campbell was present at the hearing along with dozens of reporters, and lawyers.

Before September 2015, his identity would have been known to the general public during the trial as anonymity was granted to those under the age of 16.

However, the law in Scotland changed to become aligned with the rest of the UK.

During the trial, Campbell’s identity was protected due to his age - however, he tried to pin the blame on Alesha’s father’s girlfriend, Toni-Louise McLachlan, aged 18.

Campbell cited a special defence of incrimination blaming her for Alesha’s murder.

This was cited as a public interest reason for naming him.

Public interest reasons were cited as the abhorrent nature of the crimes, in which the public will have had ‘substantial interest’, and that the prohibition on identification would end on Campbell’s 18th birthday, on May 16 2020.

It was said that due to the murder conviction, the sentence would cause him to be jailed beyond his 18th birthday, when the anonymity would end.

Crucial to the decision to name Aaron Campbell was the accusations he made against Toni-Louise McLachlan, aged 18.

Representing Scots media organisations urging Lord Matthews to lift the ban, Anthony Graham QC told the court that the allegations Campbell made against Ms McLachlan was a ‘substantial attempt to pervert the course of justice’.

Mr Graham said: “The incriminee enjoyed no statutory protection and was named and photographed and had her photographs published.

“He has introduced the issue of sexual involvement with the incriminee.

“By the very nature of that defence and by finding him party to that defence, the pannel has introduced to the trial adult themes.”

No appeal was lodged by Campbell’s defence, Brian McConnachie QC.

But the brief told the court that Campbell was ‘at risk of attack’.

Mr McConnachie said: “There was a history of self-harm, of anxiety and he had been tested for ADHD and was awaiting further testing due at the time of his arrest.

“As far as he’s concerned, there’s issues both with attack from others and the potential matter of self-harm.

“The onus is on the party seeking to have the prohibition lifted and to satisfy the court.”

Media lawyer Mr Graham said: “It’s naive to think he remains anonymous on Bute, a community in no little part affected by this.”

And he said Campbell would be locked up at HMYOI Polmont in Falkirk until he was 21.

Mr Graham concurred and said: “It’s unusual for a child to be convicted of murder.”

He urged for Campbell’s name, his address, his images, school and ‘such background which is not protected otherwise’ should be allowed to be published.

Granting the application, Lord Matthews said: “I intend to name the accused.” 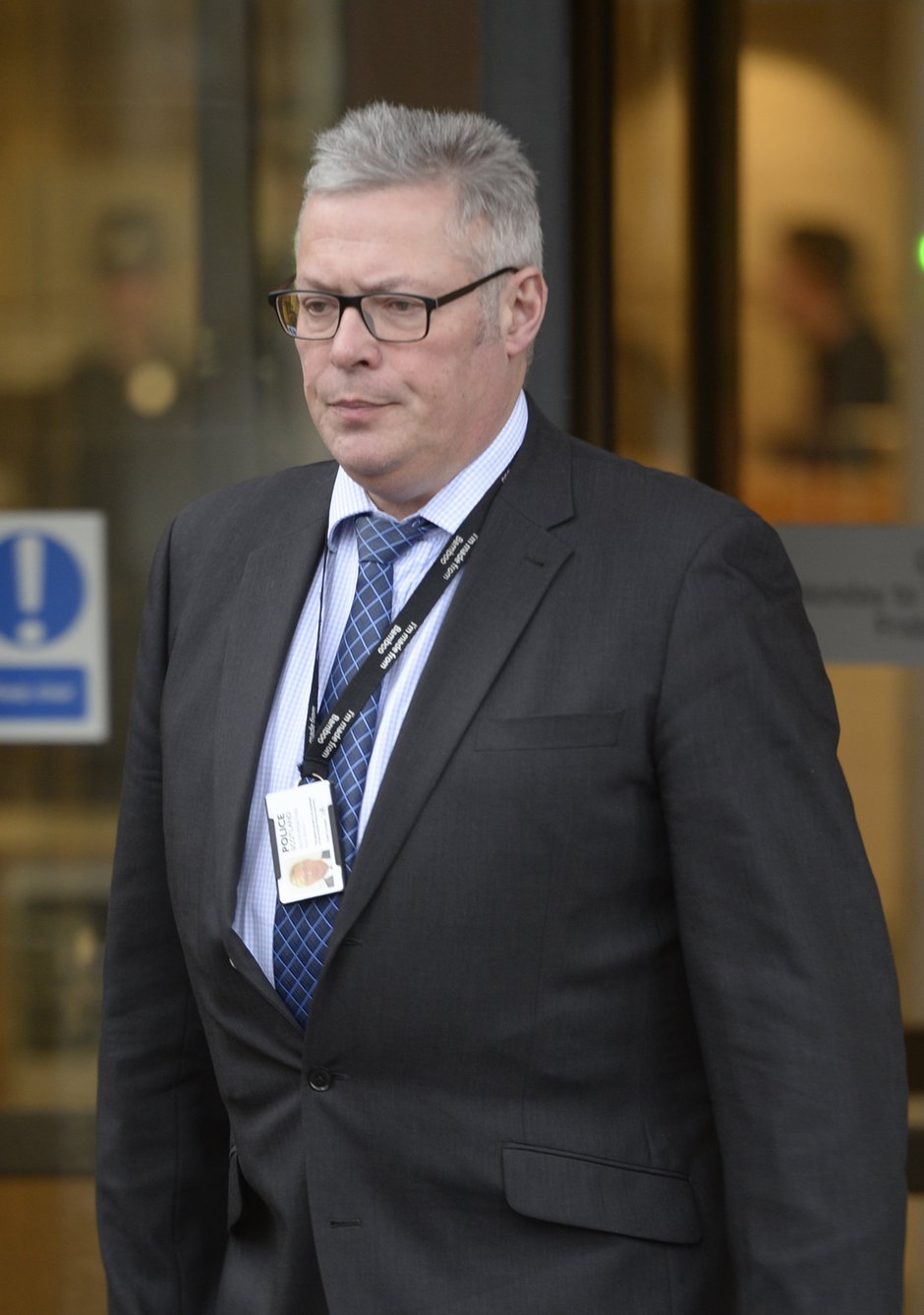 A charge of defeating the ends of justice was dropped by the prosecution.

Mr McSporran told the jury: “You have to be satisfied beyond reasonable doubt.

“What does your common sense and experience of life tell you?

“There is so much evidence in this case that there is only one true verdict - of guilty.

“You must set aside any prejudices or feelings you may have.

“You must not be swayed or affected by the emotion of this case.

“I don’t intend to show any more images I believe there’s been shown enough.

“This must be one of the very worst cases for a jury to have to come and sit in.

“The absence of his DNA in Alesha’s bedroom is essentially neutral.

“The evidence proves the accused removed her from her house and raped her.

Mr McSporran said: “The fact of the matter is she [Alesha] left that house without anyone hearing.

“She had never even left the house before on her own.

“During the night whoever took her was able to do it without anyone in the house hearing.

“The pathologist showed her nose and mouth could’ve been clearly covered without her making a sound.

“He saw she was taken by someone strong enough to carry her, that someone being [the accused].

“It is very odd someone is abducted, raped and murdered after someone is seen walking along that shoreline.

“The Crown position isn’t that he was smoking, chatting and having sex with Toni McLachlan but abducting Alesha MacPhail.”

Describing the accused as a “confident young man”, Mr McSporran said he had told the police officers who interviewed him ‘a pack of lies’ and ‘spun them a yarn’ after his mother left the room.

Regarding allegations from the accused of Ms McLachlan “fantasising” about killing Alesha, Mr McSporran said: “Nowhere else in this case is there evidence about someone fantasising about killing anyone.

“He introduced that to the case.”

The prosecutor described the “emotional turmoil” the island was in around the time of Alesha’s death, where a young girl was found dead “in the worst circumstances”.

Mr McSporran said: “As the trial progressed it became clearer only one of two people could’ve been responsible for Alesha’s murder, [the accused] or Toni McLachlan.”

He noted that accusations against Toni were introduced by the accused, and no one else.

The brief said: “What a risk to go out an rendezvous with a man who’s not your boyfriend.

“Is that not a risk beyond worth taking?

“To return to the house wearing a stranger’s hoodie, smelling of smoke and carrying a used condom.

“There’s not one single solitary piece of evidence.”

Citing evidence against the accused, he referenced a knife from the boy’s house and clothing found on a beach, the traces of DNA and clothing fibres discovered, and the “lies” the accused told to his mother and the police.

In his closing words Mr McSporran said there was no evidence implicating Toni McLachlan, while there was “a mountain of evidence” against the accused. 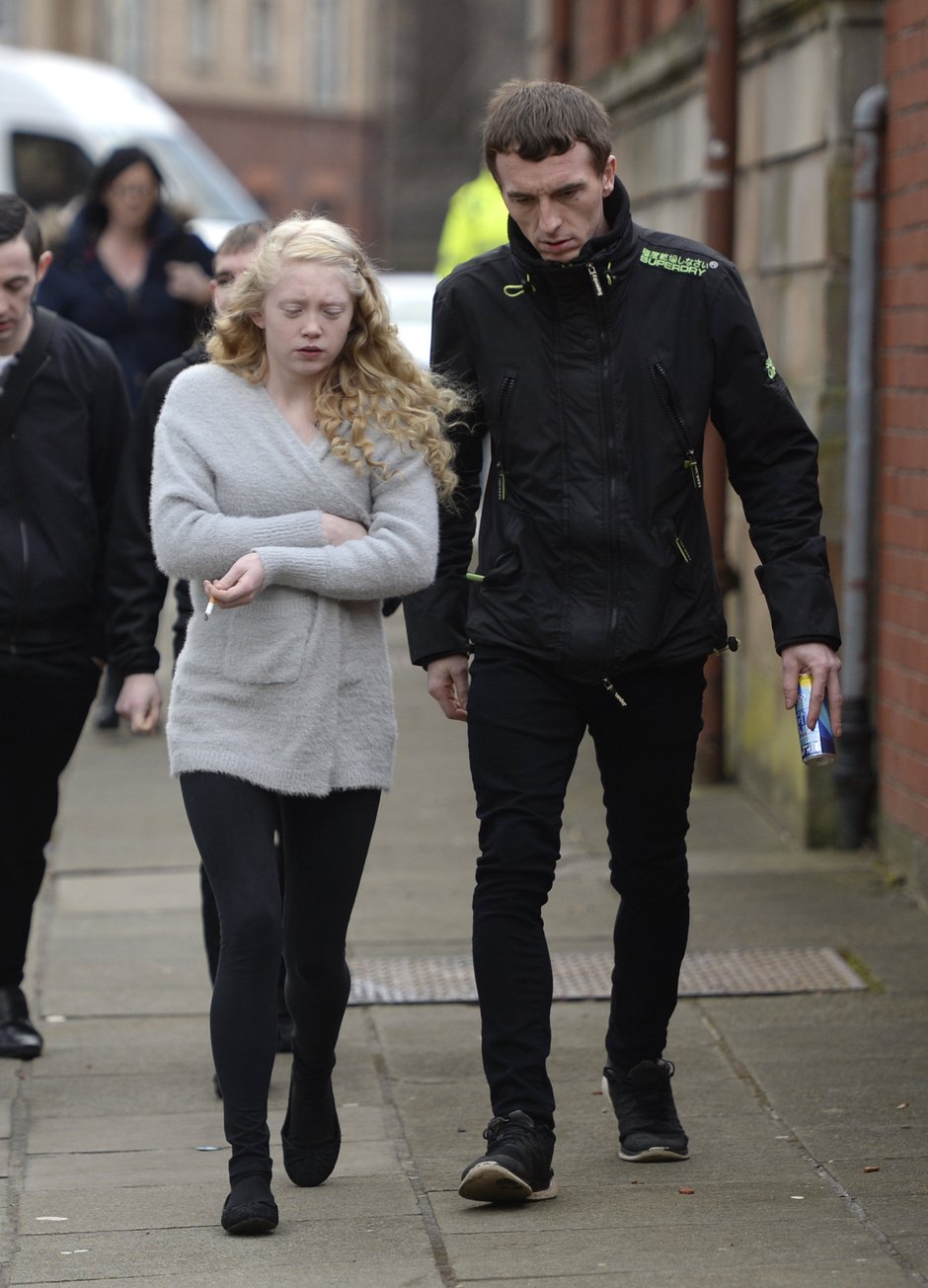 Defence brief Brian McConnachie QC urged the jury to acquit the teen - telling them the 16-year-old accused ‘did not have to prove’ that Toni McLachlan was responsible for the murder.

Mr McConnachie said: “You can’t let emotion get in the way, you will have to act like judges.

“It’s entirely a matter for you.

“The prosecution don’t just need to prove their case but they need to prove it to a particular standard - beyond a reasonable doubt.

“One of the things you need to understand is it’s not for the accused to prove Toni McLachlan done this - it’s not a who done it.

He questioned why Alesha did not scream when she was taken from her bedroom.

Mr McConnachie said: “This is a girl who would scream if somebody came into her room.

Asking them to consider DNA evidence, he said: “The Crown understandably makes something of that.

“When the police comes round and he [the accused] gives his statement he gives them the DNA quite willingly and quite happily.”

And Mr McConnachie referred to a Facebook conversation when the accused and a pal were both aged 14, and discussed killing.

He added: “There are elements of this case where the crown are trying too hard to make something of nothing.”

He described the conversation as “just rubbish” and “teenage fantasy”.

Mr McConnnachie described the Snapchat video showing the teen ‘claiming to have found who done it’ as ‘bad taste’.

He said: “There’s no doubt it was in bad taste.”

And he said DNA and fibre sample evidence connecting the accused to the murder was ‘irrelevent’ due to the possibility of secondary transfer.

Mr McConnachie said: “The verdict has to be one of acquittal.”

The trial has been adjourned until tomorrow when Lord Matthews will direct the jury.