Acrobats build the Ultimate Trampoline Playground in the middle of a container terminal!!

World-famous acrobats Dunking Devils, who are known for their incredible stunts, have picked an unusual location for their latest feat. In the new episode of their adrenaline series they perform insane acrobatic stunts surrounded by shipping containers! 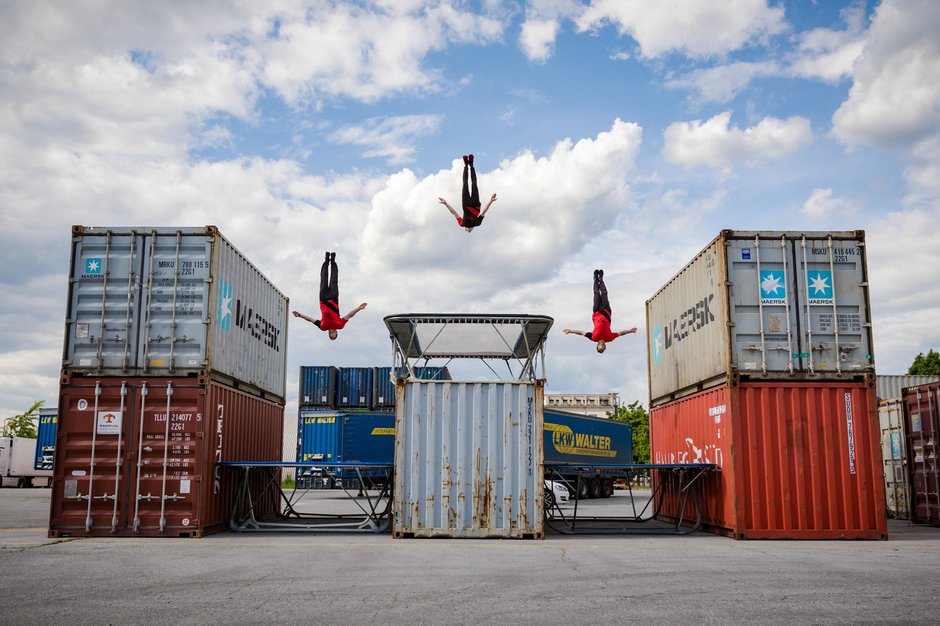 This is the moment a team of acrobats perform inside a trampoline sandwich - bouncing up and down between two trampolines while they are being driven along a road.

Dunking Devils is a troupe of daredevil gymnasts who perform gravity defying stunts around the world.

Their latest trick saw their team rig up a giant trampoline on top of a moving flatbed truck in a shipping container depot in Slovenia.

Another trampoline was suspended 50ft directly above the first - strapped to the bottom of a shipping container also travelling along a track. 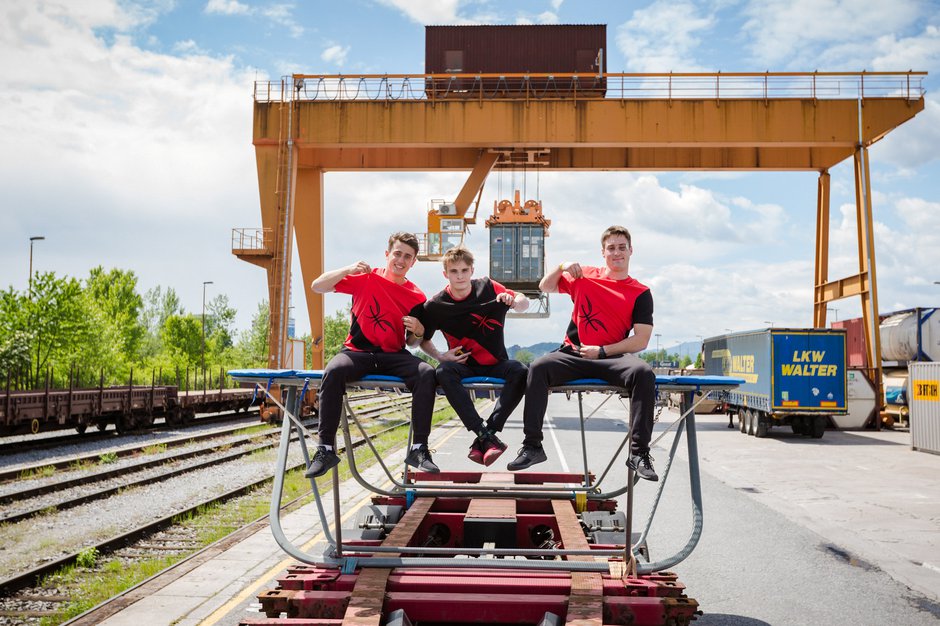 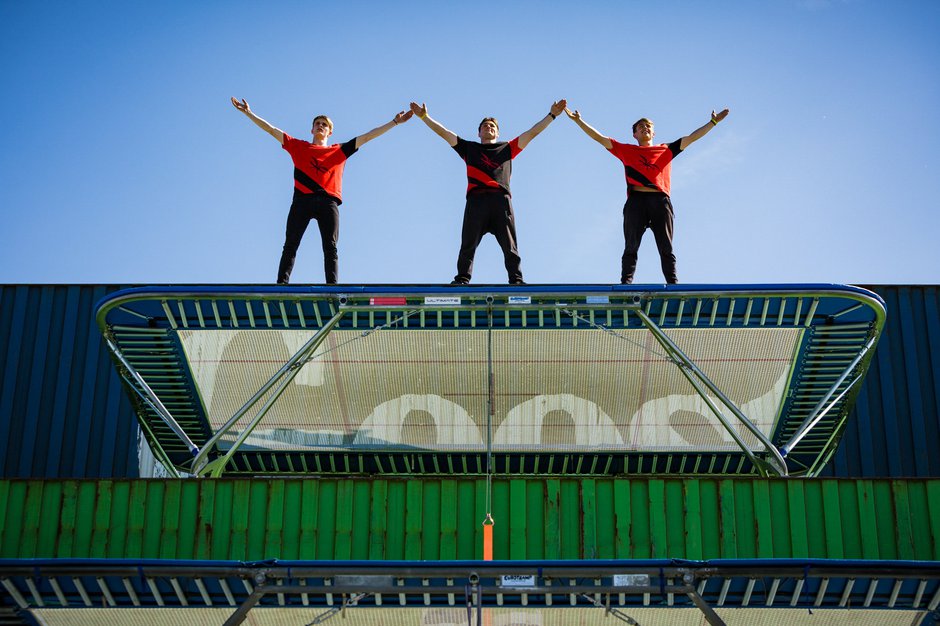 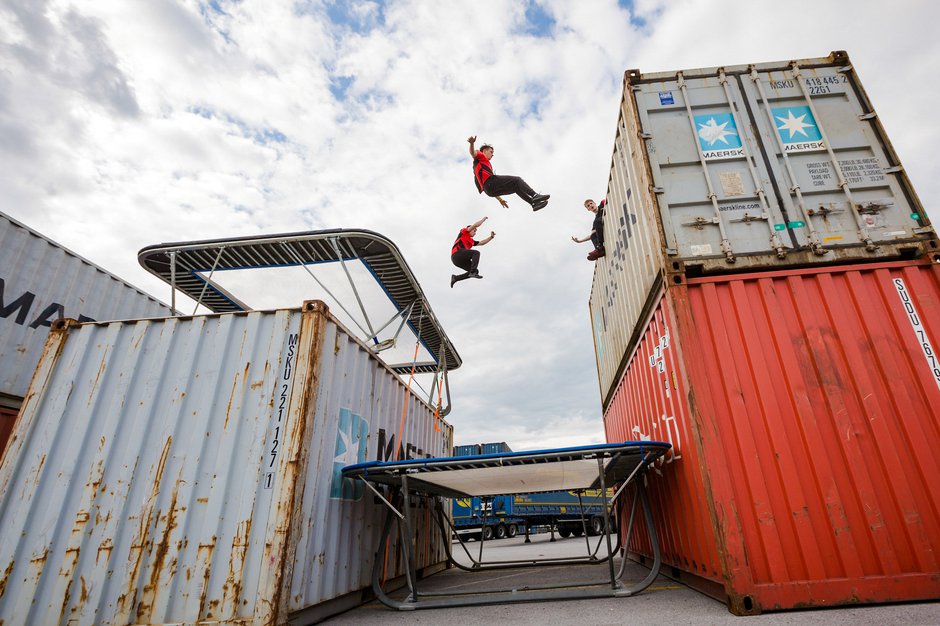 One of the acrobats, Gašper Novak, 26, from Slovenia, said: “This is another one in a line of successful projects with Slovenian Railways.

"We are very happy and grateful that they decided to support us in our endeavours once again, as this project wouldn’t have been possible without them.

“Jan Žnidaršič and I prepared all the plans and stunts for this episode, and we are really glad we managed to realise all of them.

“This episode was something special for all of us who played a part in its creation.

"Moving the containers around and stacking them atop one another felt like playing with LEGO - but massive ones.

“The experience was truly memorable and I look forward to many such projects in the future!"