British photographer Brian Matthews caught the incredible pics at 2am 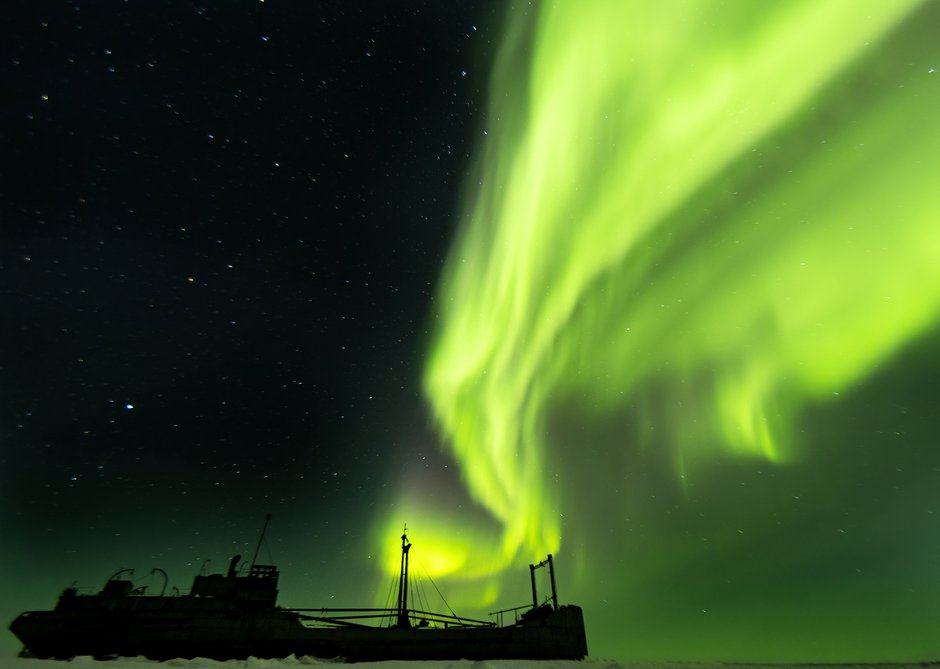 Trapped in an icy grave, this doomed shipwreck is framed by a stunning celestial display of the northern lights.

The ill-fated SS Ithaka was wrecked after being blown onto the coast near the town of Churchill in Canada in 1960.

British photographer Brian Matthews caught the eerie, dark outline of the wrecked freighter trapped in sea ice - with a dazzling aurora display above it.

A shroud of lights in an array of shades of green seem to dance in the heavens above the shipwreck which lies trapped in the sea ice around it.

Brian, 41, from Hartlepool was amazed by his snaps, and rated them "the best northern lights photos I've ever taken." 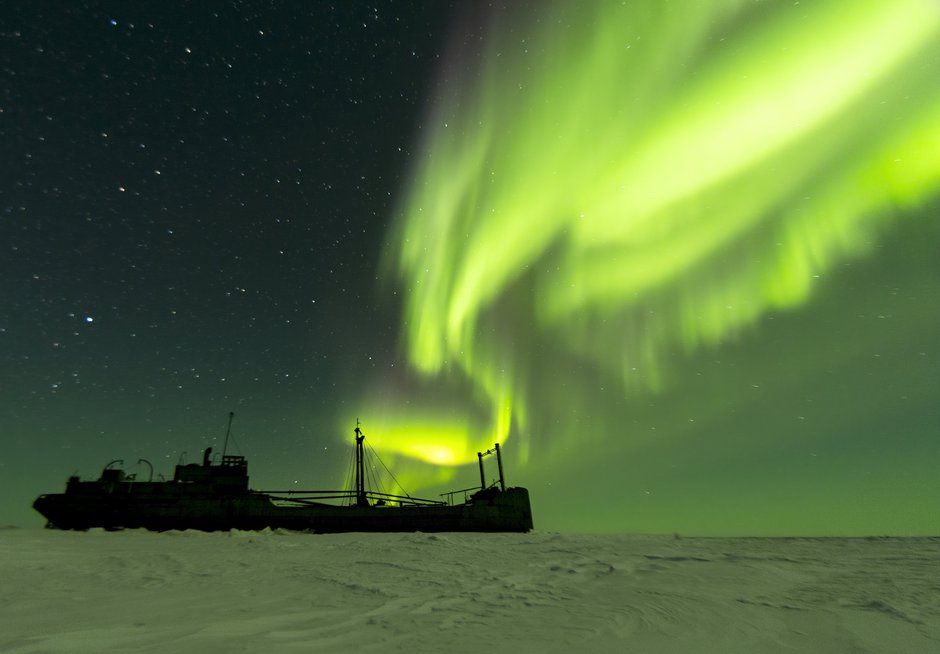 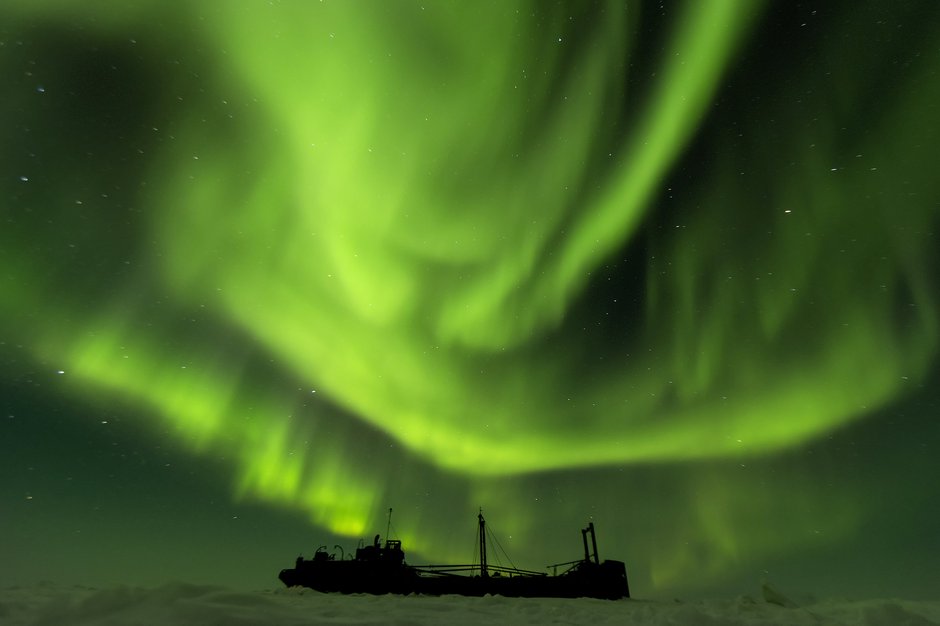 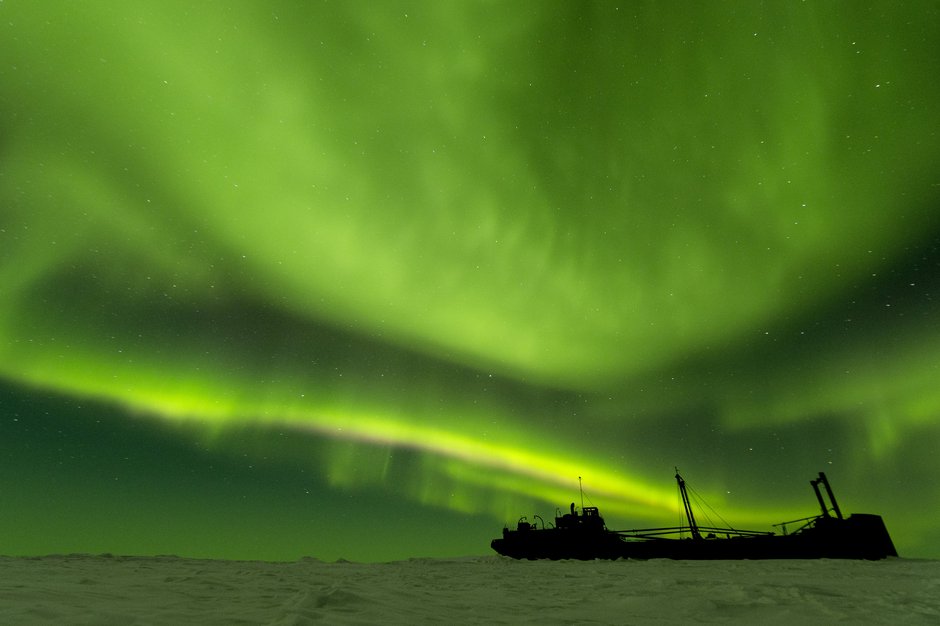 He and friend Alex didn't intend to capture such magnificent shots however.

"But then we went back to Churchill and as the weather cleared up, we saw the solar activity had changed.

"I've seen the northern lights several times and they vary in strength, but on this night they were so strong, yellows and greens dancing across the sky, and as it strengthens reds and purples appeared too which I've never seen!"

The northern lights, sometimes known as an aurora, happen when electrons crash into atoms in the atmosphere and give off photons of light.