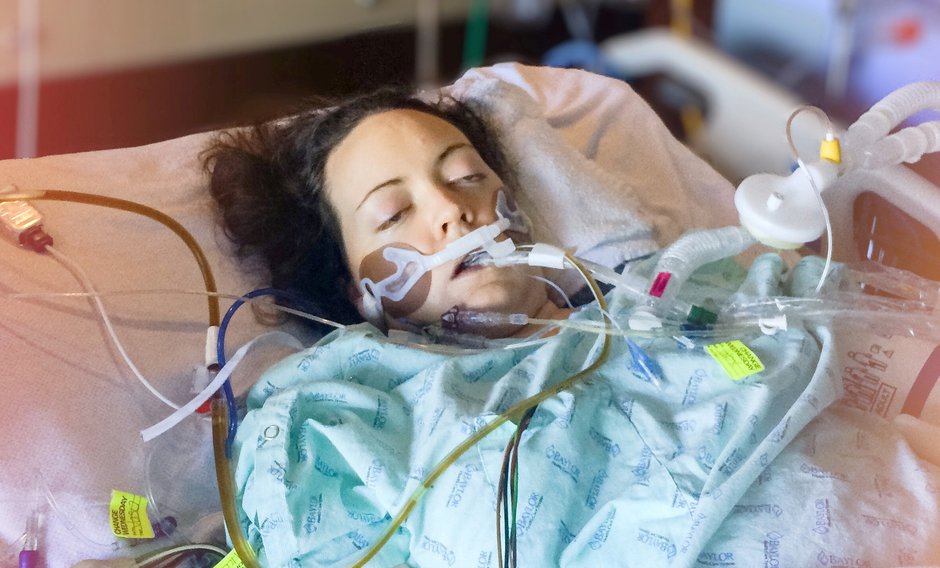 A mother lost both her FEET after a life-threatening labour ordeal which left her bleeding heavily and infected with sepsis.

Callie Colwick, 30, suffered from a rare condition called placenta accreta while pregnant with her son Quinn.

The serious complication occurs when the placenta detaches from the uterine wall after delivery and causes severe blood loss.

She tragically lost her newborn son and contracted sepsis which left her fighting for her life as her organs failed.

Doctors had no choice but to amputate both of Callie’s legs, her left thumb and forefinger and remove her uterus as the tissue had ‘died’ due to the loss of blood.

The graphic designer, from McKinney, Texas, said: “My limbs started to die.

“My legs were black and shriveled up, my toes looked like raisins.”

When Callie finally returned home after spending over a year in the ICU, her health insurance refused to cover the $11,000 custom wheelchair she needed to move around freely.

The mother of Kenzi, four, couldn’t push herself around in a standard wheelchair and was forced to wear diapers as she wasn’t able to go to the bathroom alone.

Callie was astounded to receive an Instagram message on December 31 2019 from a kindhearted stranger offering to raise the funds to buy her the special wheelchair.

Amy Bernhard, 32, set up a GoFundMe campaign and within just one day she had raised a staggering $20,980 for Callie’s chair with the extra money going towards installing ramps in her home.

Callie and husband Kevin, 30, a web developer, were delighted to discover that Callie was pregnant with Quinn, their second child, in November 2016.

But when Callie began experiencing heavy bleeding at work when she was 15 weeks pregnant, she went to hospital.

“I’d had light bleeding from day one,” Callie said.

“But what made me go to the doctor was the heavy abdominal bleeding.

“I was passing blood clots.

“I was at work about to go into a meeting and I felt this gush of liquid - my pants were soaked in blood.

“I went straight to hospital and called Kevin.” 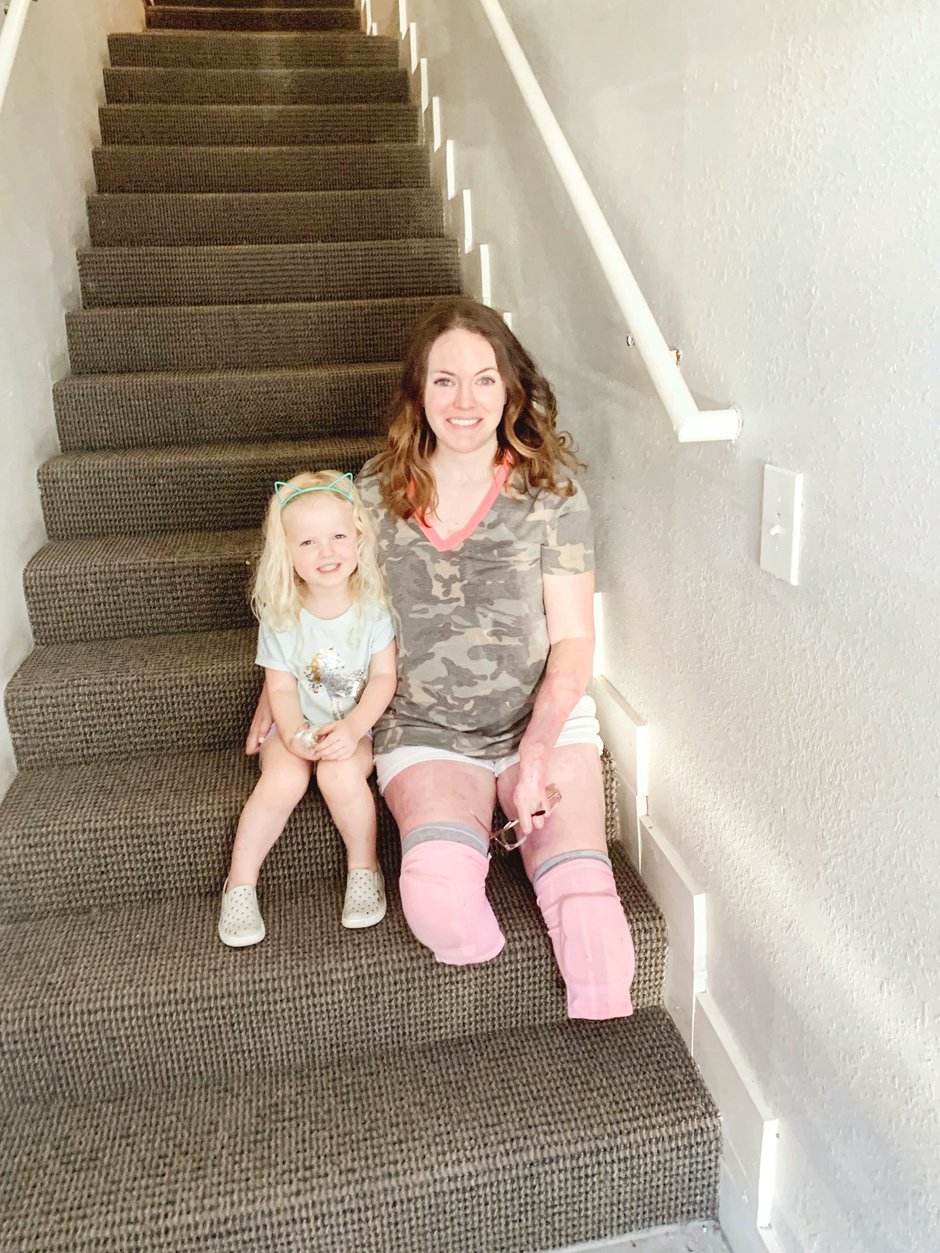 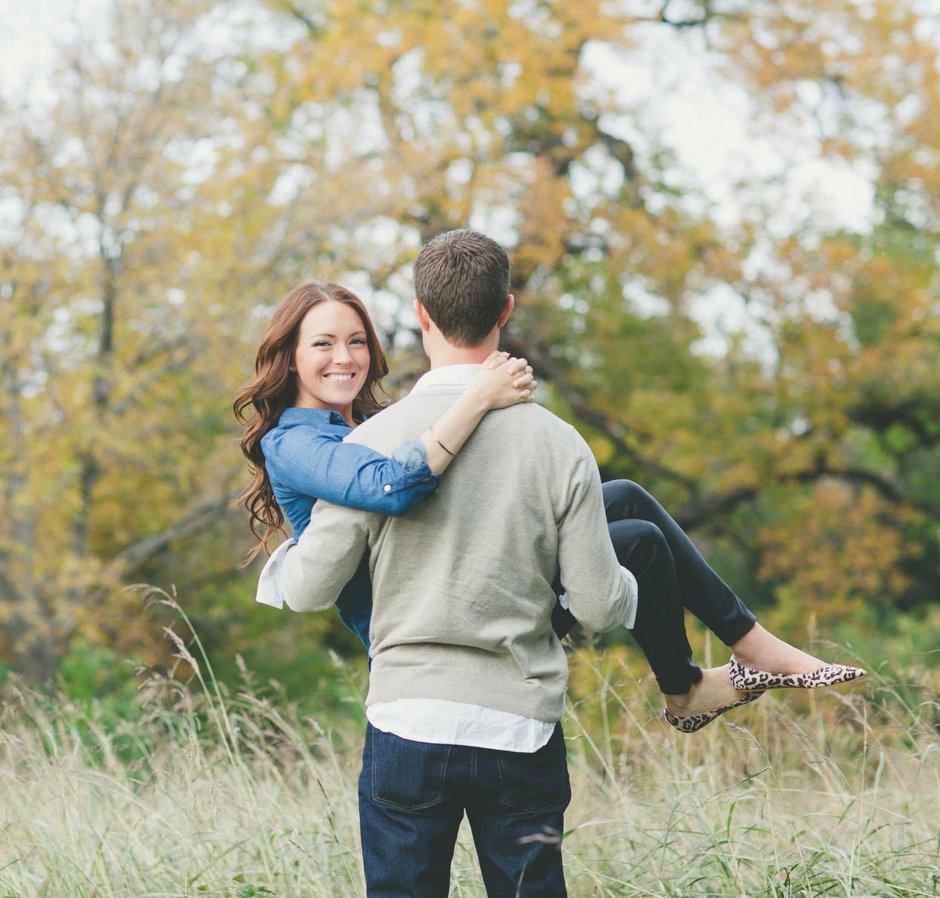 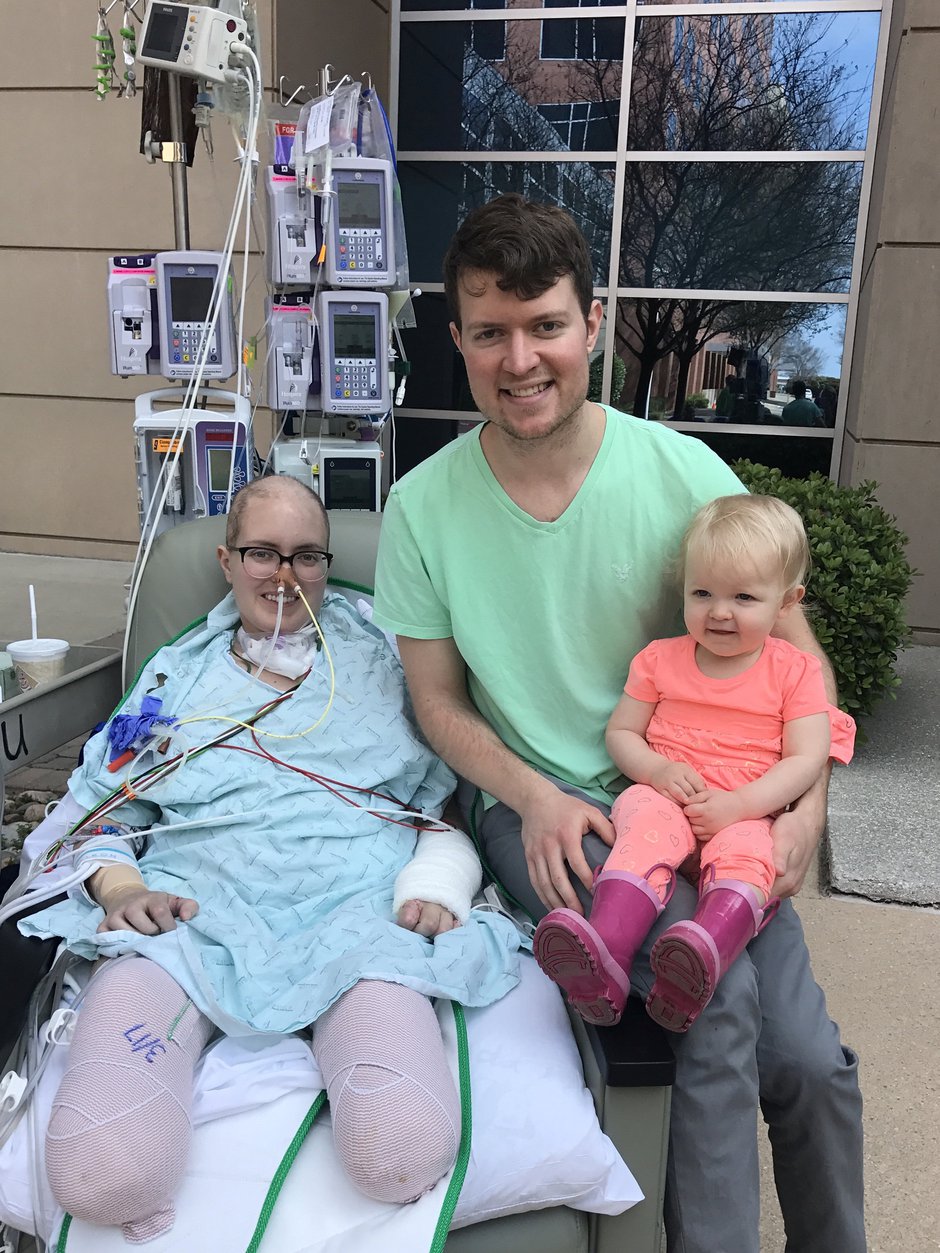 Doctors told Callie that Quinn could be born at any time and that tragically he would not survive the birth.

“They put me in the pregnancy wing.

“Here we were in this room, surrounded by women giving birth and babies crying and we were told that Quinn had no chance of survival and we were just waiting to give birth to him.

“It was a solemn few weeks.”

Callie lay in the Trandelenberg Position with her feet elevated above her head in a last ditch attempt to help her baby survive.

“I hung like a bat trying to keep him inside through gravity,” she said.

“I was afraid of sneezing or going to the restroom in case my waters broke and he was born.

“It was a terrifying few weeks with nothing to do in the hospital but just wait.”

Doctors induced labour on December 26 2016 and little Quinn was stillborn, weighing just half a pound.

“I was fading in and out of consciousness,” Callie said.

“I wasn’t responsive, my eyes would roll to the back of my head and I was burning up.

“My fever had spiked way too high and they were packing ice onto me.

“They broke my waters and he was born.

“Quinn was too tiny to survive; he went straight to heaven.

“My husband was stuck between mourning the loss of his son and making all these medical decisions.”

During the delivery Callie lost so much blood that a trauma doctor was flown in from Dallas.

“My uterus was hemorrhaging blood.

“Doctors were pumping blood into me as soon as it was flowing out.”

But Callie developed septic shock in her uterus and the infection soon spread leaving doctors no choice but to remove her uterus.

She said: “My world went black.

“That infection overrode my entire body.

“They had to take out my uterus.

“The sepsis shut down my kidneys and my lungs so I was on a breathing machine.”

Two months later, doctors decided that they would have to amputate Callie’s legs below the knee and part of her left hand as the tissue was so damaged due to lack of blood.

“I remember coming to, in extreme pain and confusion.

“My husband had to explain what happened.

“I had everything minus my uterus and my feet.” 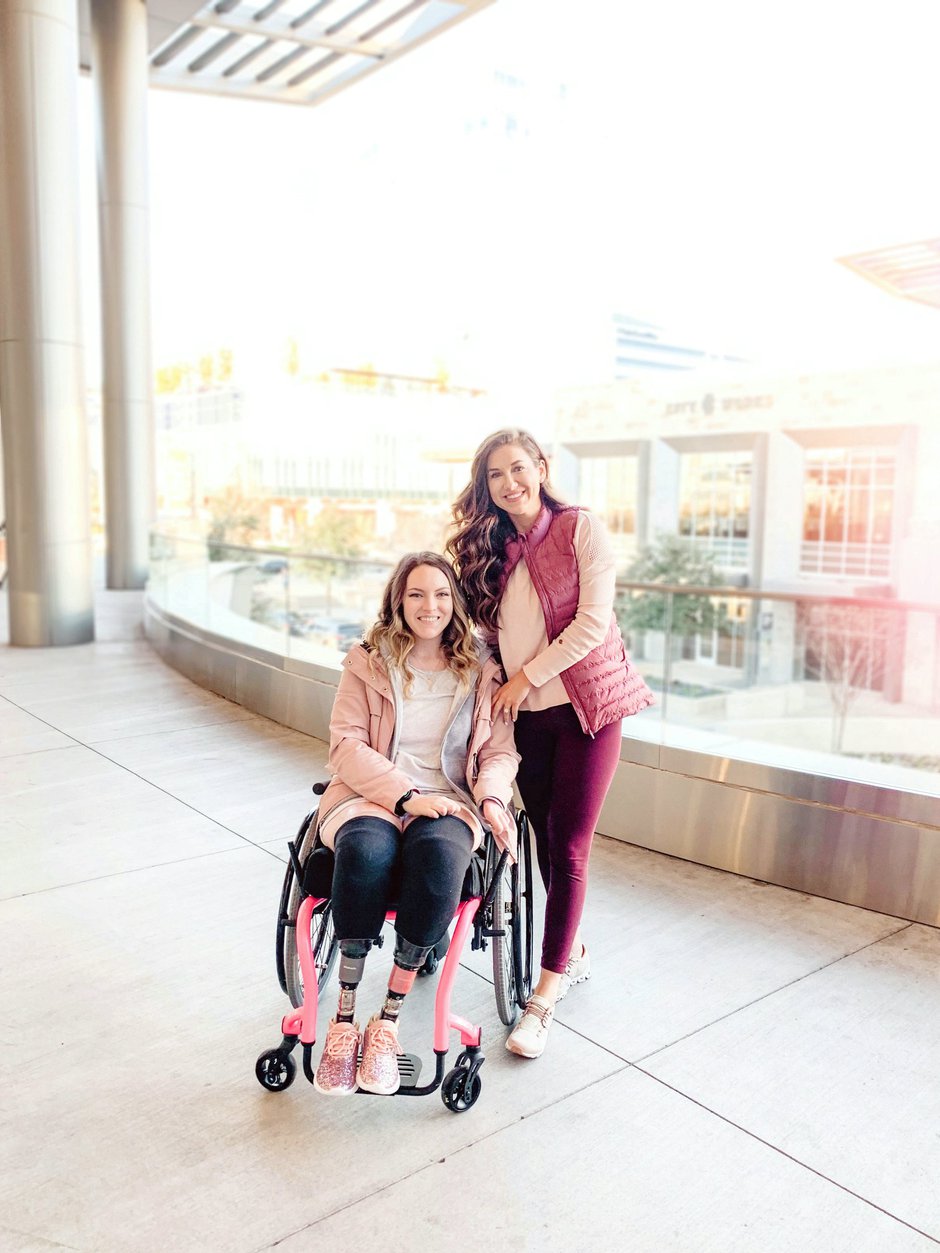 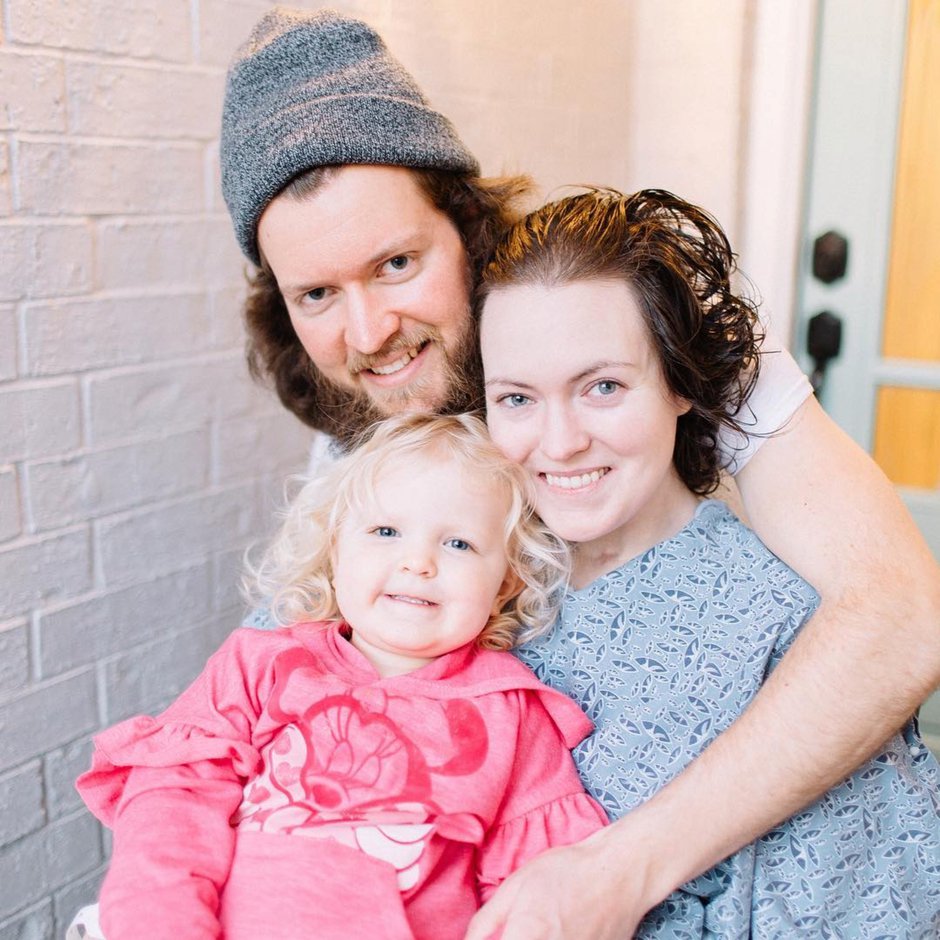 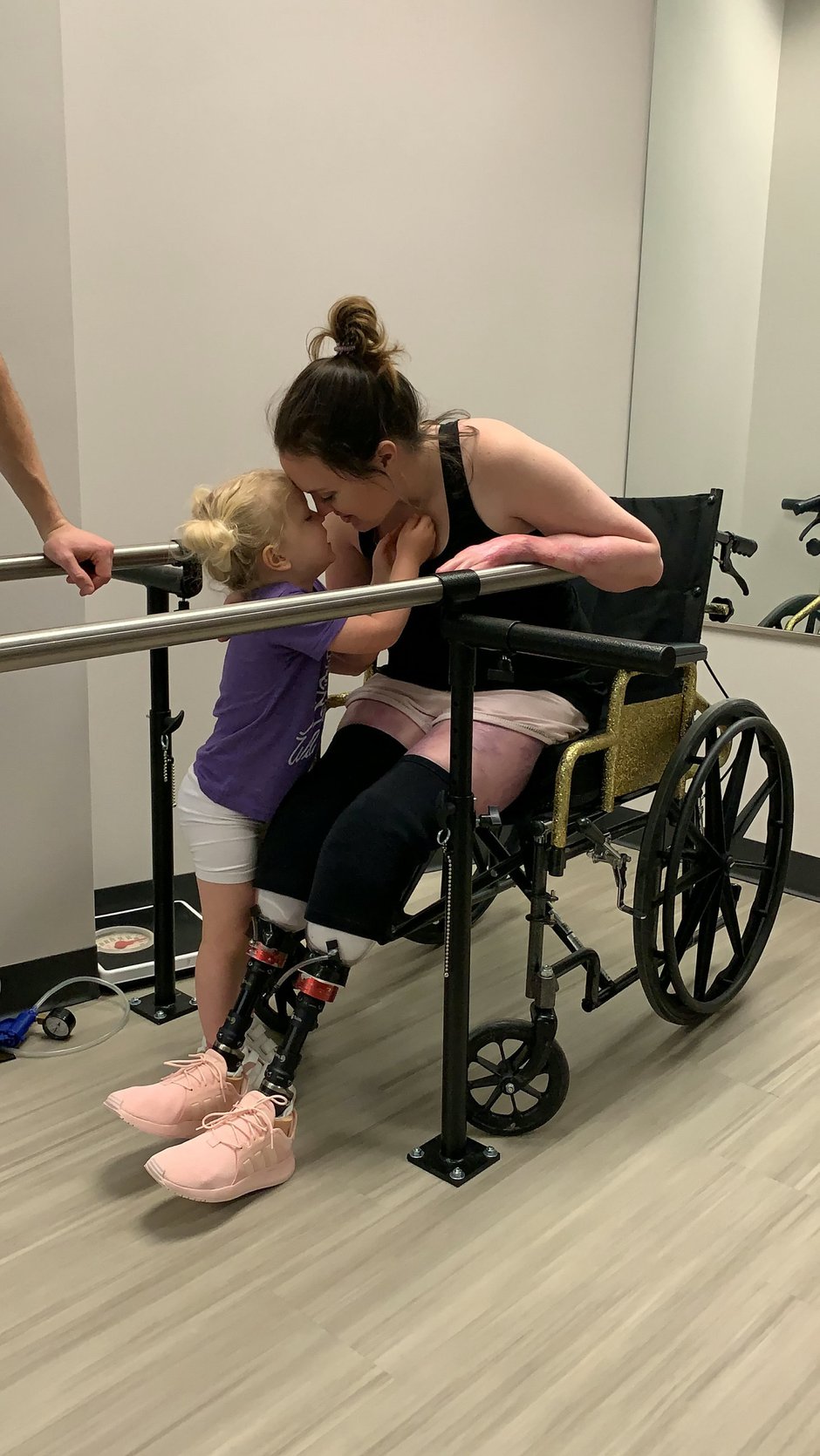 Callie spent more than a year in the ICU and finally in March 2018 she was able to return home.

She had been refused prosthetics by her health insurance and struggled to adjust to life as an amputee in a bulky wheelchair that she could not push herself in.

“The wheelchair they sent me home in was a basic chair off of Amazon.

“Kevin had to dress my wounds every day.”

Callie was finally able to stand on her knees for the first time on January 15 2019.

“Until then, Kevin had been picking me up and putting me in my chair.”

In April 2019 she was finally approved for prosthetics and she applied for a custom chair in October.

“My doctor put in the order and they denied my chair.

“It is just insane.

“I don’t have feet and I can’t put my prosthetics on by myself.”

She shared her frustration on Instagram where Amy, a business coach, from Lafayette, Louisiana, came across her story.

“I glanced at Callie’s page and as I watched her videos, I had tears come down my face,” Amy said.

“I had trouble sleeping because I could not stop thinking about what this woman had gone through.”

She reached out to Callie and offered to start a GoFundMe campaign for her chair, but Callie at first turned down the offer.

Callie explained: “I messaged her back and said: ‘No thanks’.

“I was still hoping that my insurance would approve it.

“But she just kept messaging me and then when my request was declined again for the chair, I agreed.

The next morning Amy launched the fundraising campaign and Callie was amazed to see how quickly people donated.

“This generous gift from a complete stranger gives me the ability to make my home completely accessible.

“It’s a lightweight custom built chair so I can pick it up by myself.

“I can actually wheel myself around in it.

“Imagine being trapped in a chair - for me, this chair is the difference between a chair that has wheels and one that doesn’t.”

The two women met in person for the first time on January 24 when Amy flew to Dallas for work.

They bonded over a sushi dinner where Callie told Amy just how big a difference the baby pink chair had made to her life.

“She shared with me what that wheelchair would actually do for her,” Amy said.

“She told me that it was the first time in three years that she was able to go to the bathroom herself.”

Callie added: “I felt like I had known Amy my whole life.”

Despite all her health struggles, Callie says she is keen to make the most of her life.

She said: “My hope is to help and inspire others.

“I truly feel like I am living on borrowed time now.”