Justine Haupt, 34, spent three years creating the old school device which fits into her pocket with a battery that lasts up to 30 hours 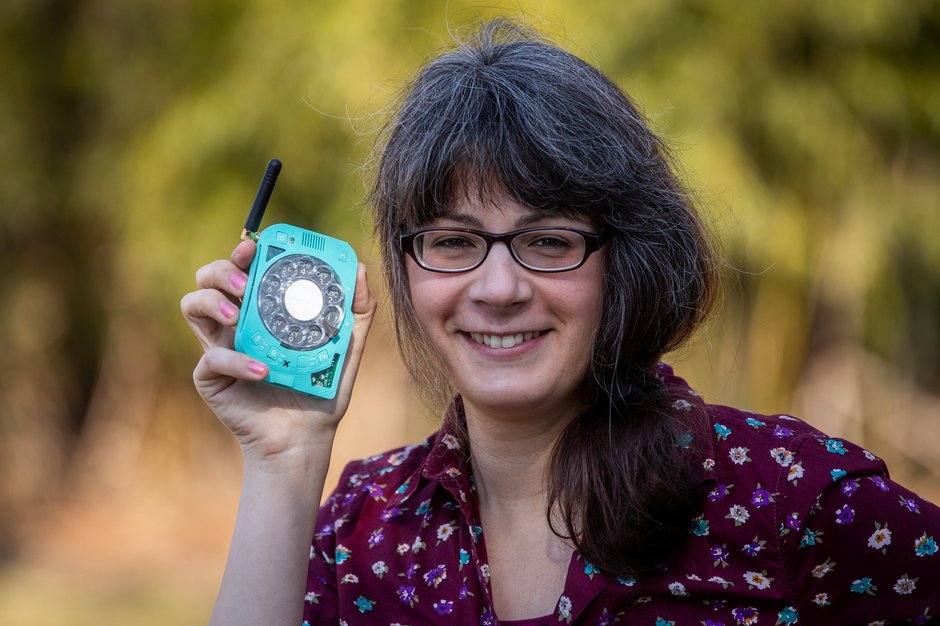 A space engineer has built her own cell phone with a ROTARY DIAL because she despises smartphones and texting.

Justine Haupt, 34, spent three years creating the old school device which fits into her pocket with a battery that lasts up to 30 hours.

When she wrote about the retro cell phone on her website, so many people visited the post that her site crashed.

Justine has since been inundated with requests from fellow smartphone haters begging for their own version of the phone and she is now offering build-it-yourself kits.

The astronomy instrumentation engineer, at Brookhaven National Laboratory in New York, was inspired to make the phone because she dislikes the culture of smartphones and has never even owned one.

“I work in technology but I don’t like the culture around smartphones,” she said.

“I don’t like the idea of being at someone’s beck and call every moment and I don’t need to have that level of access to the internet.

“Whenever I want to look something up, I’m more than happy to do so when I am at my computer.

“I’ve never texted and building this phone was in part so that I would have a good excuse for not texting.

While Justine did once buy a Samsung Galaxy smartphone for her mother and played around on it herself, she said she got rid of the device after a month.

“I thought I would give it a try but I lasted less than a month with it.

“I went back to my flip phone.

“I’m an engineer, I love technology, but the phone is not the way I want to do it.”

She is also not a fan of the interface on a smartphone or the touch screen.

“The interface is absolutely horrible,” she said.

“When you open an application and then you want it to go away but you don’t know if it is closed - that grates against the fibre of my being.”

“Rotary dials are neat and I wanted to include them in a project.

“I had had a flip phone for a long time and it can technically text so I wanted an even more dumbed down phone.

“I thought: ‘why not make a rotary dial phone?’

“I wanted it to fit in my pocket, be sleek, something I could actually use.”

The project was stop-start until two months ago when she decided to finally finish the device.

“I had the idea three years ago.

“I started putting it together and then I lost interest and it was in a box in the closet for a while.

“It was only about two months ago that I said: ‘I’m going to finish this thing’.” 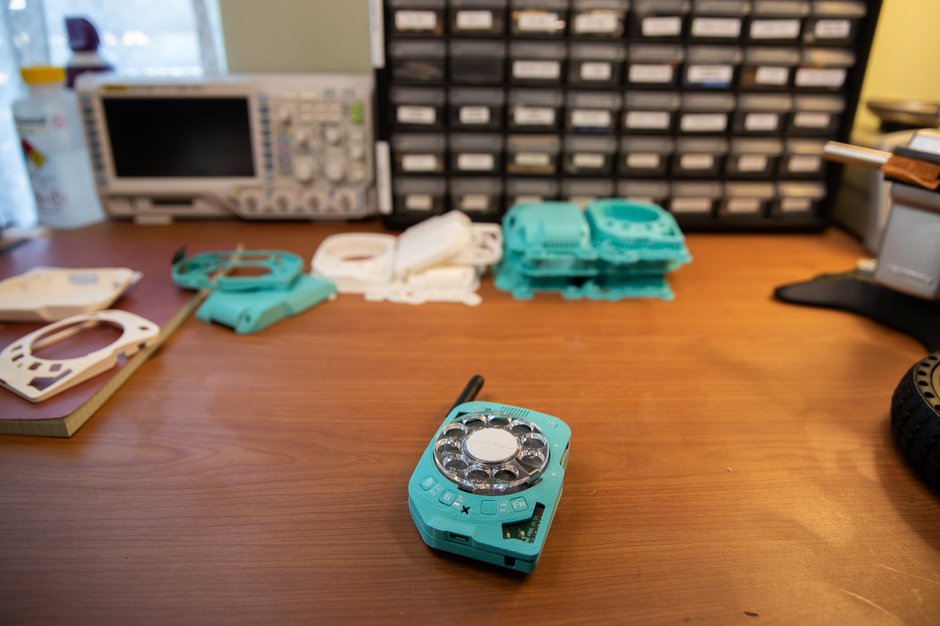 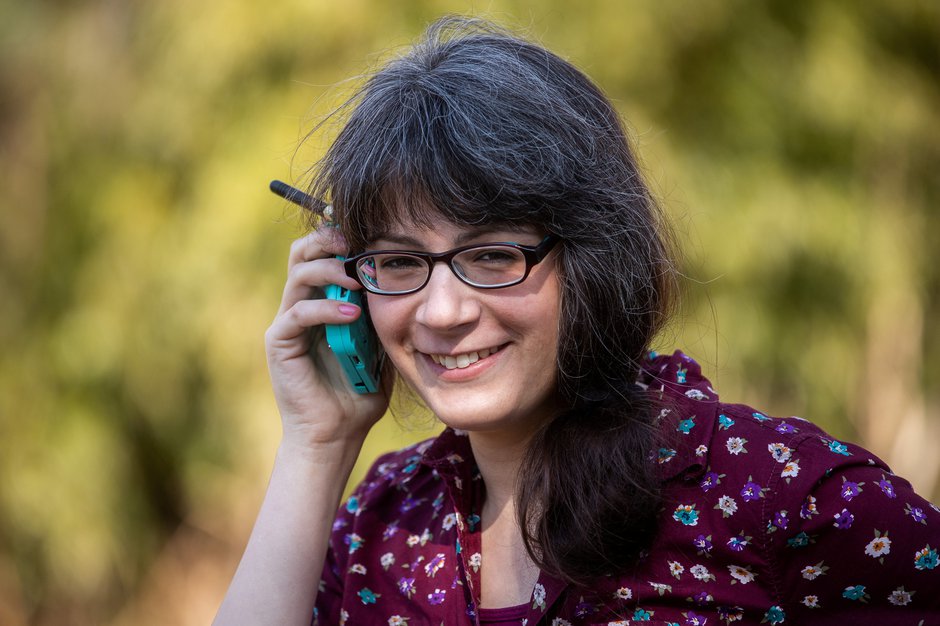 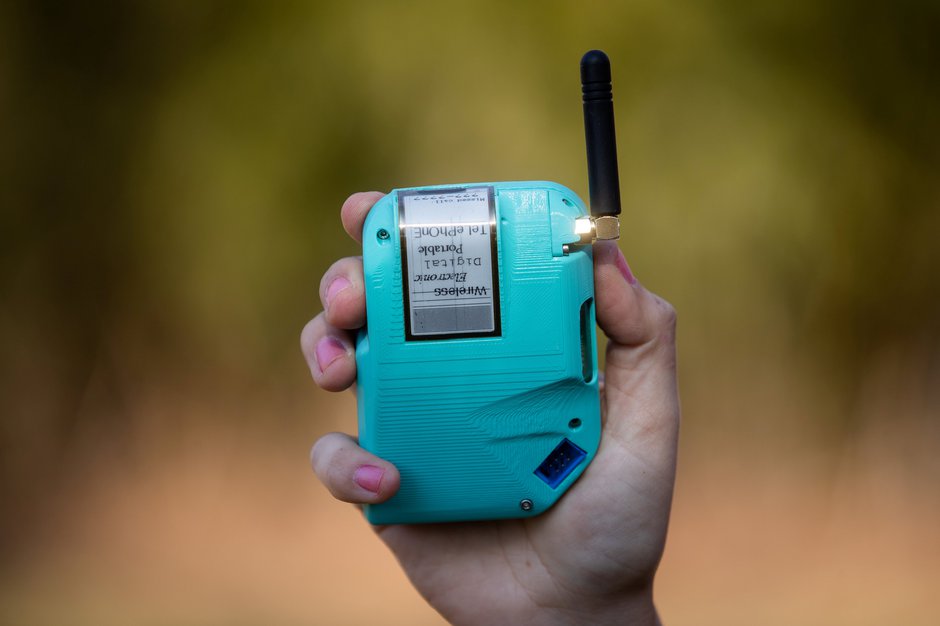 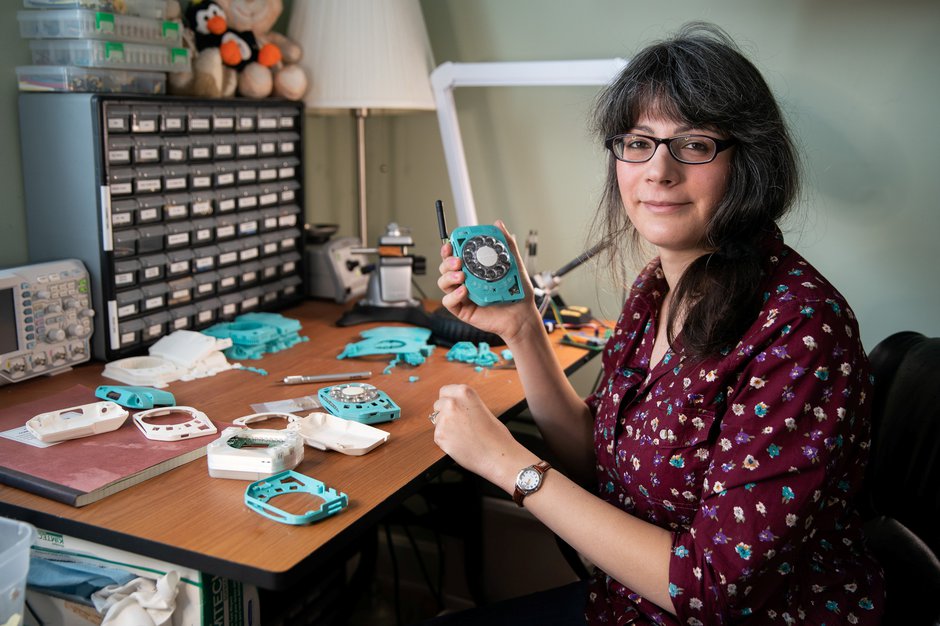 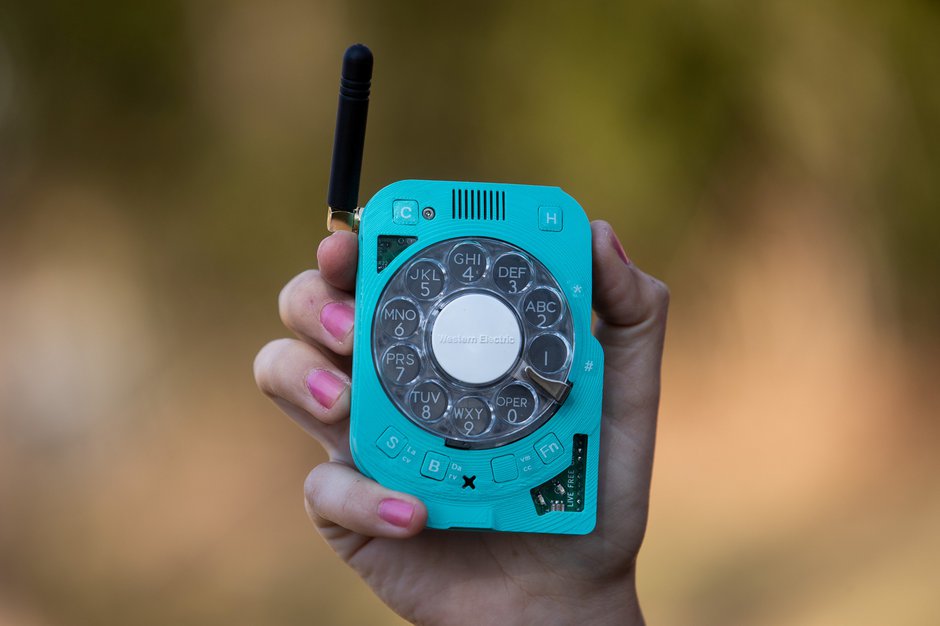 Justine sourced a rotary dial from an old Trimline telephone, making sure the dial was small enough to fit on a phone which would slip into her pocket.

“I was particular about getting one that could be as compact as possible.”

She bought a cell phone radio development board from hardware company Adafruit and the first cell phone prototype was very basic with wires showing.

“I did it just to prove it could work,” she said.

“I then designed my own circuitry.”

Justine used a 3D printer to create the cell phone case and added speed dialing buttons so she could call her husband, David Van Popering, 57, and her mother, Lorraine Labate, 60, at the click of a button.

The button for David is labelled ‘Da’ and Lorraine’s button is ‘La’, an abbreviation of Llama, Justine’s nickname for her mother.

“If I want to call my husband, I can call him by pushing a single button. I can call people more quickly on this phone than on my old phone.

“In rare cases when I want to call a new number, I do use the rotary dial and it is a fun, tactile experience.”

Justine added an e-paper display to the phone so that she could see messages and missed calls.

“It’s actual e-paper, the same material that you find on Kindles.

“Those kinds of displays are cool and are under utilised in technology.”

The phone takes an AT&T prepaid sim card which is compatible with the cell phone radio.

“It is actually my phone - I don’t carry my flip phone with me anymore.

“It fits into my pocket and, in total bulk, I don’t think it is much bigger than a large smartphone with a protective case on it.”

Justine published a post about the cell phone on her website on February 10 and so many people visited her site that it crashed under the demand.

“I never expected to go viral with this,” Justine said.

“There was so much demand.

“I didn’t want to sell it at first but everyone was clamoring and I got so many emails from people begging to buy a phone.

“Finally someone suggested I should at least make a kit.

“I very quickly put together a new version of the circuit that would be a little more robust.”

Justine created another version of the cell phone with a turquoise case.

Customers can buy the kit, which includes the circuit board and the 3D printed parts, from Justine’s company Sky’s Edge for $170, but they will have to source their own rotary dial.

“Now I’m looking at making a more inclusive kit that will come with everything you need,” Justine added.

Justine admitted that the phone’s popularity has baffled her.

“I’m not totally sure why people responded to it the way they did.

“Maybe they see it as a hipster gadget which I hate because to me, it’s an actual phone.

“But there’s a surprising number of people who have identified with my philosophy of not liking smartphone culture - I’m pleasantly surprised that those people are out there.”