Orangutans, native to the rainforests of Sumatra and Borneo, are not known for their love of cold weather – but this one decided to take an alfresco vacation in the freezing winter of Denver, Colorado. 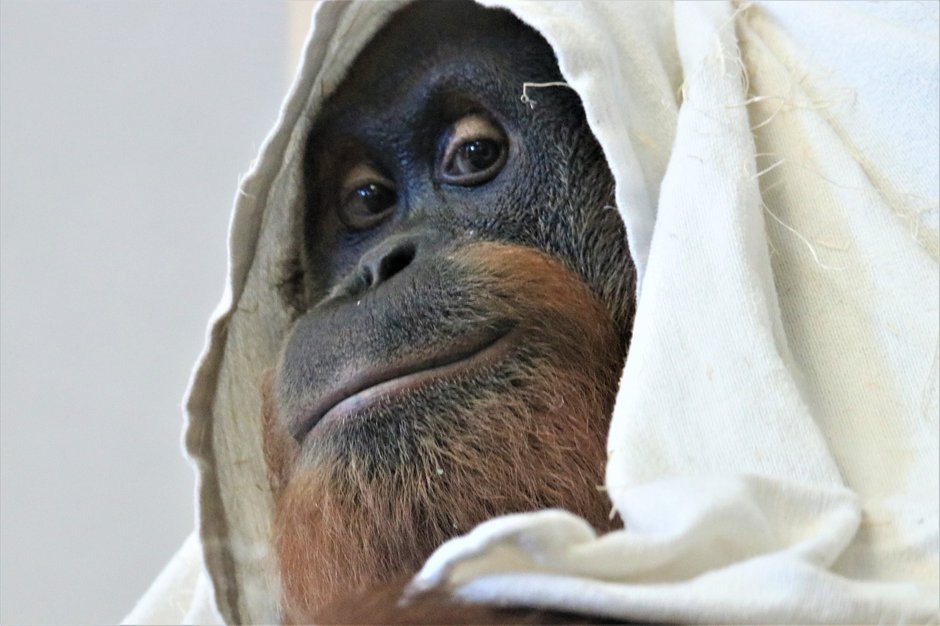 A canny orangutan was not going to let a little freezing weather stop him enjoying a ten day treetop holiday - and even took his own blanket to keep him toasty.

Captive orangutans in breeding programmes around the world tuck up inside their zoo enclosures to wait out the winter months.

But 12-year-old Sumatran orangutan Jaya had different plans and braved the perishing cold in the freezing winter of Denver, Colorado, with his trusty blanket.

Jaya threw caring zookeepers of Denver Zoo into a panic when he left the comfort of his indoor retreat and took a 10-day holiday up a tree - in JANUARY.

Zookeeper Cindy Cossaboon said: “We don't know what spooked him, but he retreated into the yard, climbed up a tree and refused to come back inside.

Denver winters can be perishingly cold, so zoo staff rallied to try and coax Jaya back inside.

Cindy, 43, added: “They say the way to a man’s heart is through his stomach. It’s normally much the same with apes.

“We tried a lot of novel foods with him. He loves dried fruit nuts and juices but nothing was working. He just wouldn’t come down.

“Jaya’s favorite thing is whipped cream. We give him that occasionally for an extra special treat, but even that didn’t persuade him.

“We had two big doors that were left open for him at all times, but he simply refused to come back inside.”

The zookeepers were concerned that Jaya would get frostbite, so they monitored him around the clock to keep him safe. 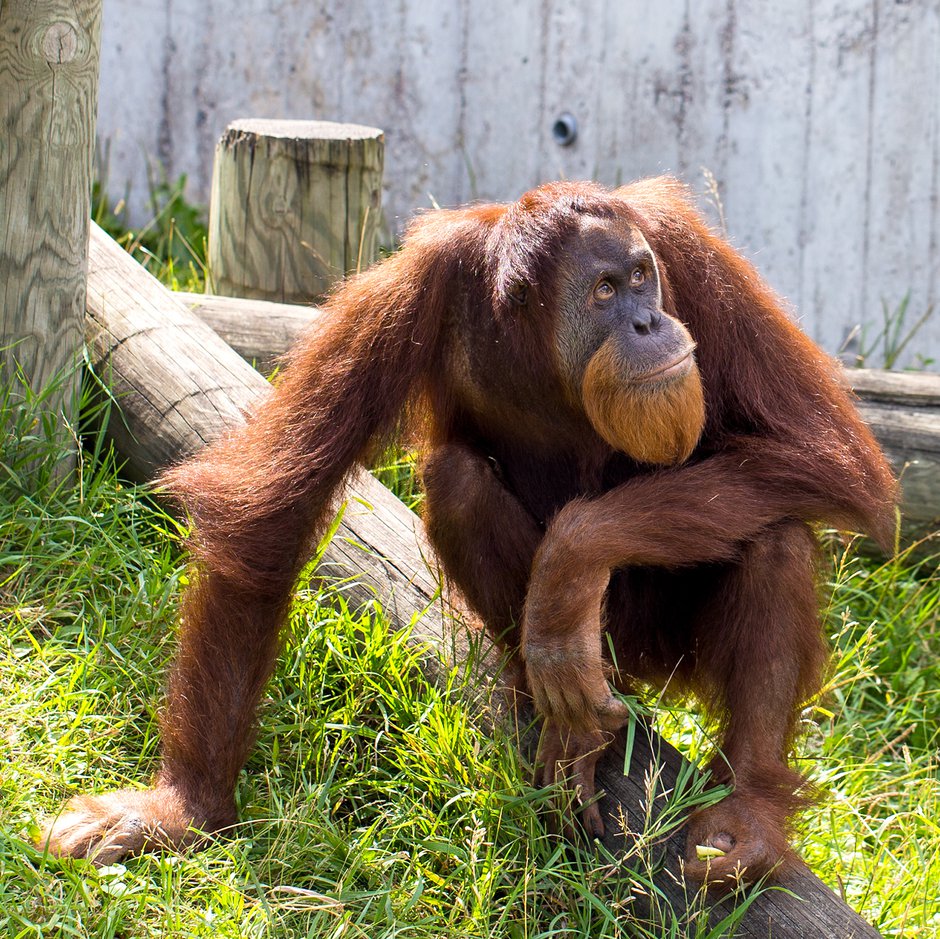 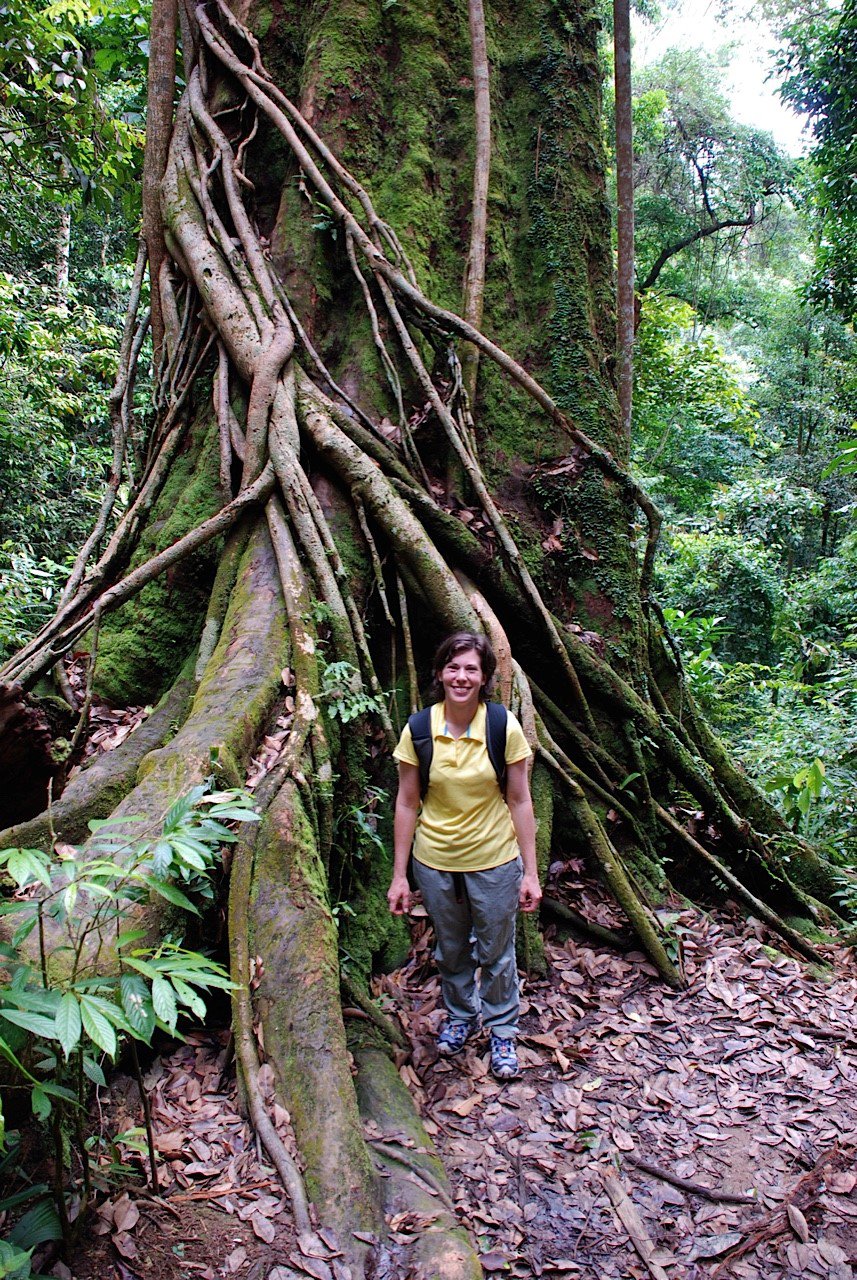 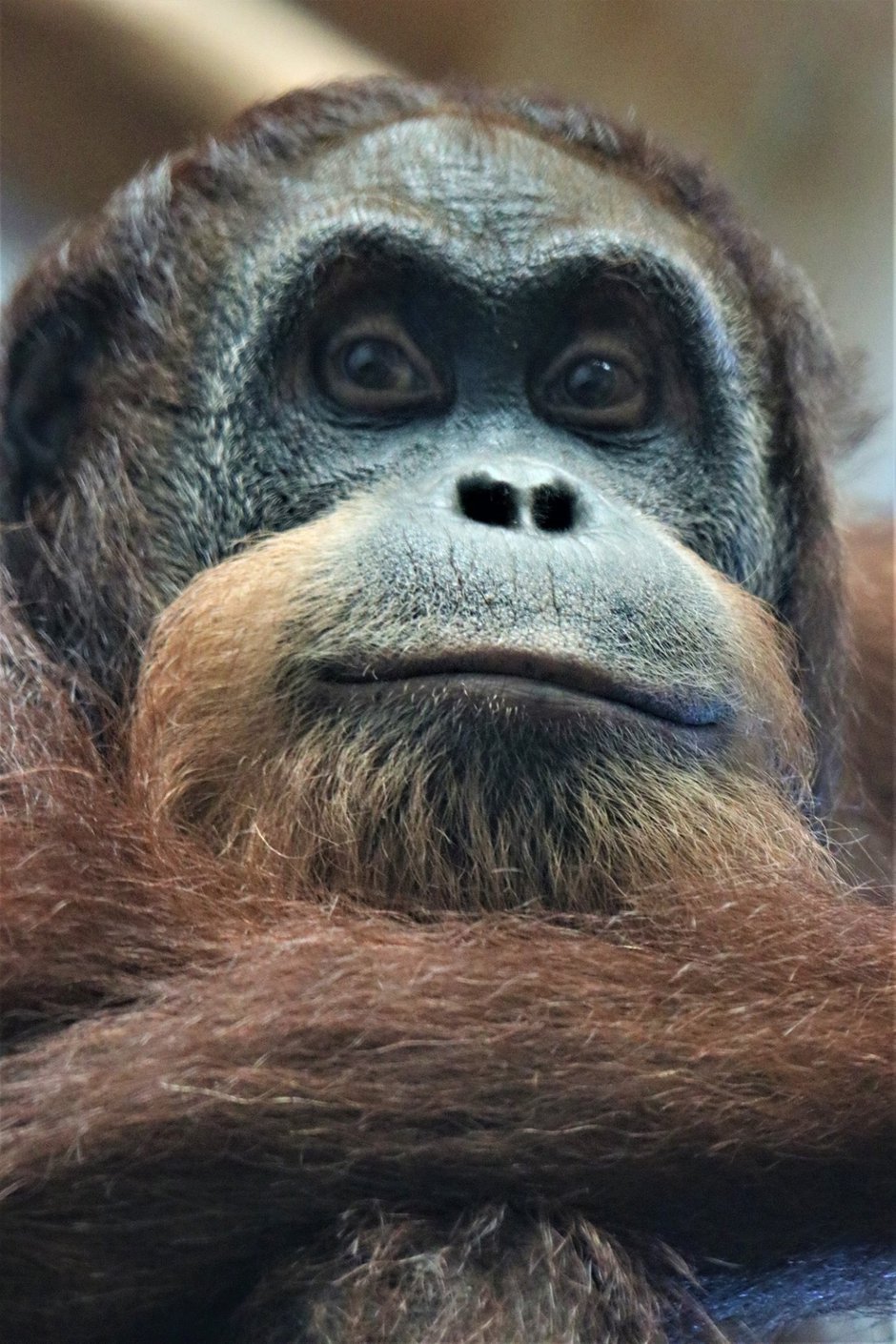 Cindy added: “We set up a giant heater out there and gave him bedding and hay and sleeping bags and comforters and tarps, everything we could think of to keep him warm.

“We sent up warm drinks and warm foods and the night keepers checked on him throughout the night, every night.

“It’s like having a kid. The animals feel like family and we care about them very much. When he was outside it was probably harder on us than it was on him.

“I wasn’t sleeping. We were all so worried about him. I kept checking with the night keepers every night, asking, ‘how’s Jaya doing?’

“We were lucky because it was quite mild this year, fortunately it was in the 40s in the day (4.5 Celsius) but there were a couple of nights when it got down to 20 (-7 Celsius)

“On those colder nights I didn’t sleep at all. We like to joke that we’re their mothers, their nurses, their restaurants and their house maids. Working with orangutans is about building relationships.

“Everything is about clear, honest and consistent communication. We treat them with respect and give them choices.

"You can’t force them to do anything. We work for them and it’s a real privilege for us.”

Jaya finally decided to end the outdoor experience after 10 days and vacated his treetop home and loped back into the warm.

Cindy added: “We were so relieved. It was a rough couple of weeks.”

Jaya is now happily settled at the zoo and has formed a firm friendship with a female orangutan called Eirina of the same age.

Cindy said: “Eirina absolutely loves him, she follows him everywhere. They play together all day. They like to hang by their feet upside down and wrestle.

“We’re hoping that in the future it’ll become a romantic relationship, but they are too young to breed effectively at the moment.

“When orangutans have children too young they don’t become the best parents, so the recommendation is that they don’t have their first baby until they are 15-years-old.

“But we really hope that in a few years we’ll have some babies to celebrate.”