Poa became known as 'Poa No Nose' after having surgery to remove the upper part of her snout to fight off a fast-growing cancer in her mouth and nose. 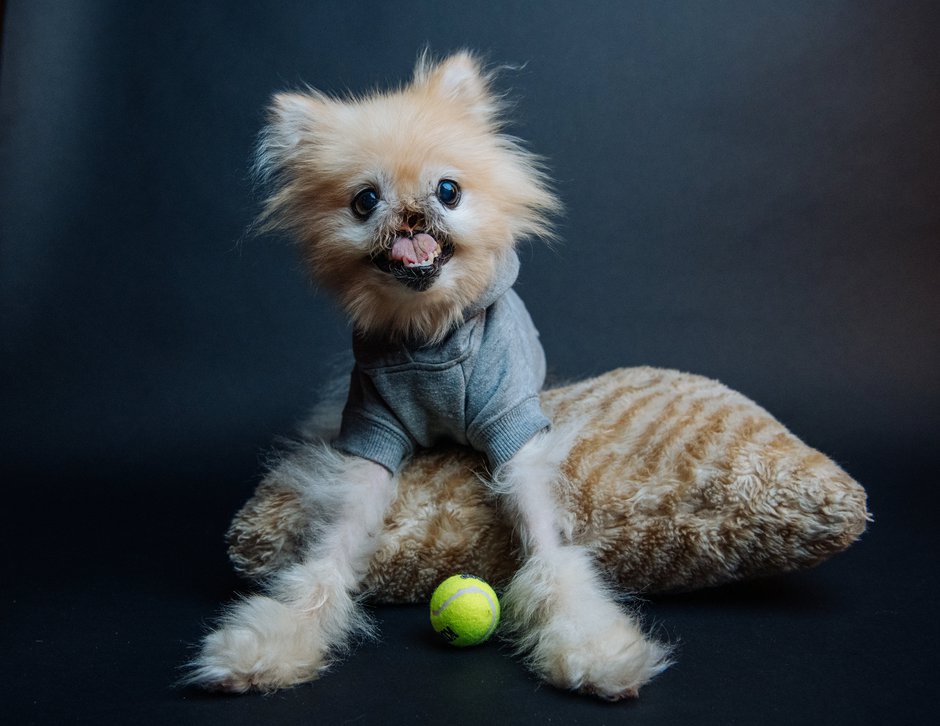 This tiny Pomeranian dog has been left without a nose - after surviving a gruelling cancer battle.

Poa - is now known as 'Poa No Nose' by her owners and has her own instagram account @poanonose - after veterinary surgeons removed the upper part of her snout to fight off a fast-growing cancer.

13-year-old Poa, who is three quarters Pomeranian and one quarter American Eskimo, was taken to five different vets before they took the drastic measure to save her life.

Owner Anna Prosser, a producer and host from Seattle, Washington, USA, said: "The vet reminded me that Poa didn’t look in mirrors.

"They said as long as she could get snuggles and treats, she would heal and be perfectly happy.

"Even when she was at her sickest, Poa made it clear that she had no intention of giving up so, given that option, I knew it was the right choice."

Poa had surgery in August, three months after the cancer was diagnosed, and wore a head cone while she recouperated.

Anna said: "On some of the most terrible days, Poa sneezed blood, refused to eat, and was agitated all through the night.

"On good days, she slurped wet dog food and didn’t hide any of her medicine in her doggy bed.

"It was some of the hardest work I have ever done in my life, but little by little, day by day, she became stronger, until today she seems even happier and healthier than she was before." 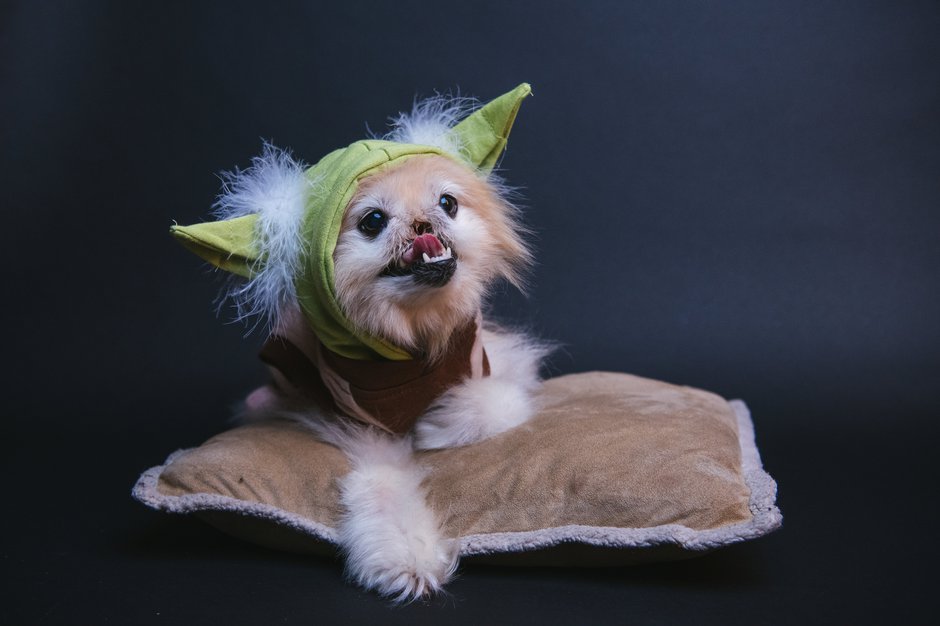 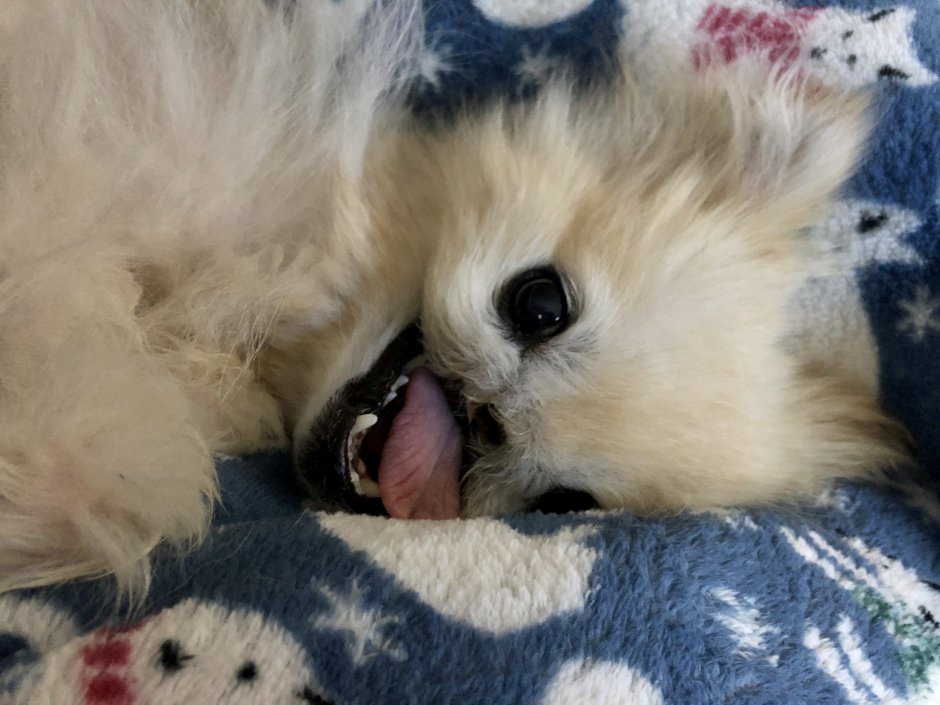 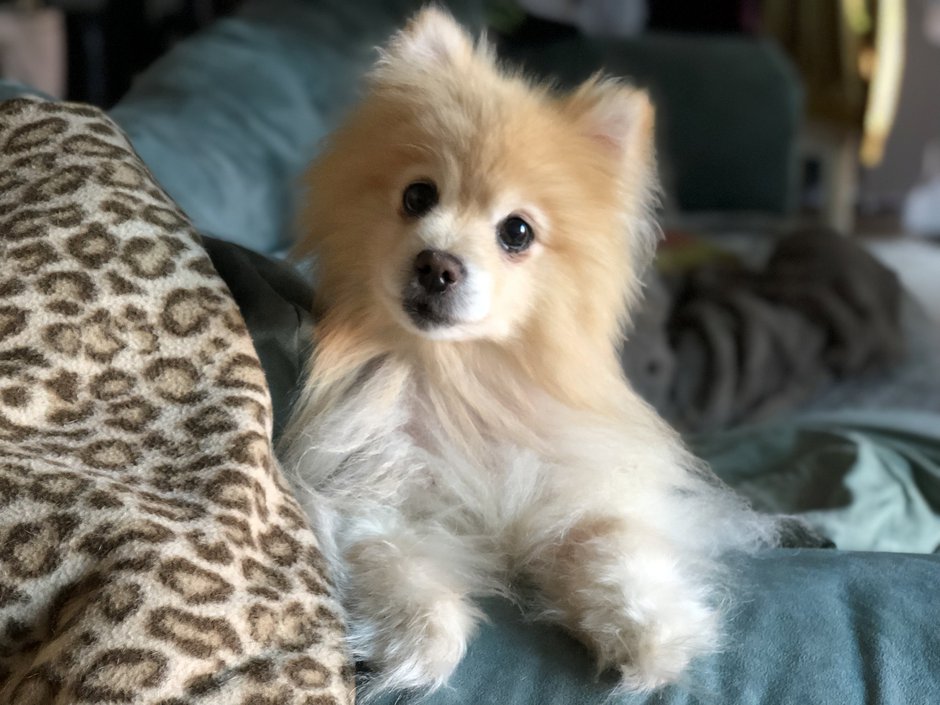 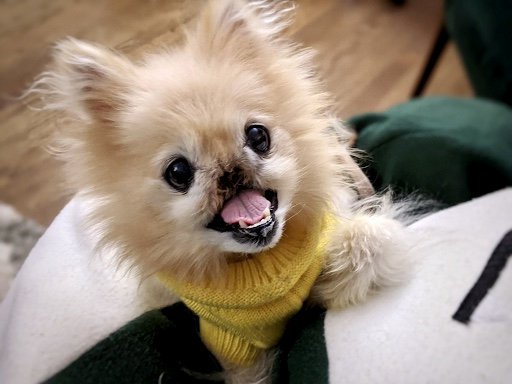 Poa even managed to grow a full coat of hair despite struggling with Alopecia X most of her life.

Now, even at 13, she still loves to play and walk, and especially snuggle and give kisses.

Anna said: "The first thing people ask are “can she eat?” and “does her tongue stay moist?” The answer to both of those questions is 'yes'!

"At very first, especially when she was fresh out of surgery and very was jarring to look at. Some people saw Poa and reacted with anger toward me.

"They felt like any dog who looked like her must be suffering, and that I, as her owner, should have made the call to put her to sleep instead of making her endure the aftermath of surgery.

"However, the more they see her happily going about her day to day as a basically normal dog with no nose but plenty of personality, they begin to see her for what she is.

"It is a reminder that even the smallest of us can be very strong. Even the most scarred of us can be beautiful, and that love really can survive anything."

She added: "I have been overwhelmed by how many people feel encouraged by her and express love for her.

"She was a very cute dog before, but now that she’s different, and her face tells a story of survival and hope, people seem to connect to her in a whole new way.

"Messages about her strength giving others hope mean the world. We try to return the favour by posting pictures that make people feel happy, and captions that remind people that they are beautiful and worthy of love, just the way they are."

Ms Prosser added: "These have been some of the happiest times of our life together as companions.

"She’s been there for me though so many of life’s hardest times, and I feel so happy and proud to have been able to return the favour for my little bestie."