Incredible bond between a dog and a rhino captured on video 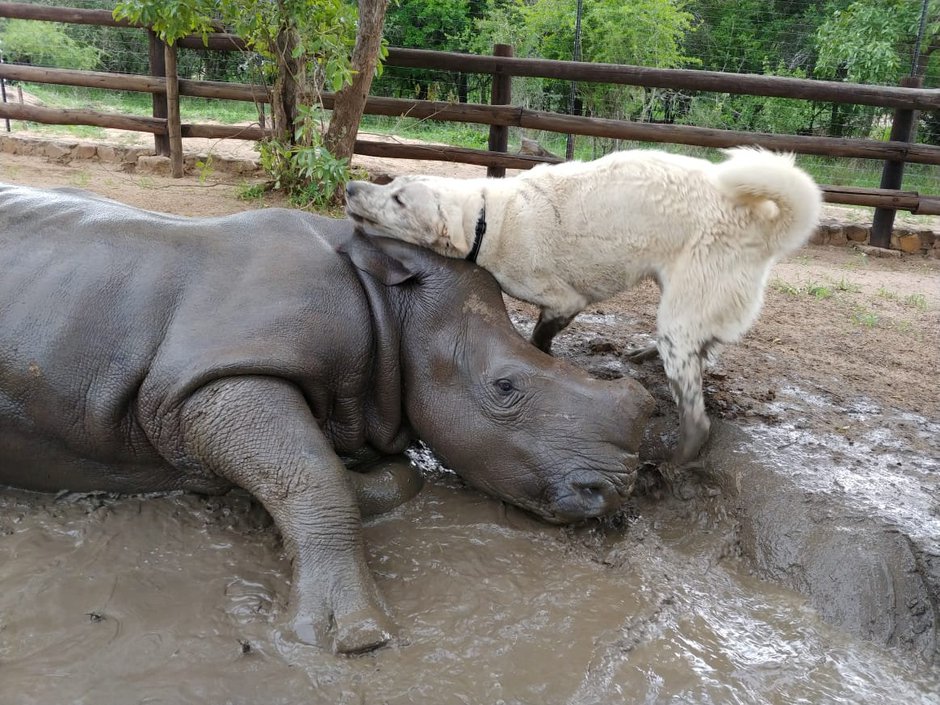 A "remarkable and unbreakable" friendship between a dog and a RHINO has been captured on video.

The sweet pairing can be seen doing everything together - with the rhino even giving the dog a kiss.

David is an Anatolian Shepherd and Esmé is a white rhino.

Despite their differences, the two are clearly fond of each other's company.

In one video, Esmé can be seen to kiss the head of David.

In another, David playfully chases Esmé across a field.

Both are resident to Hoedspruit Endangered Species Centre (HESC), a South African wildlife facility focused on conservation of rare and vulnerable species. 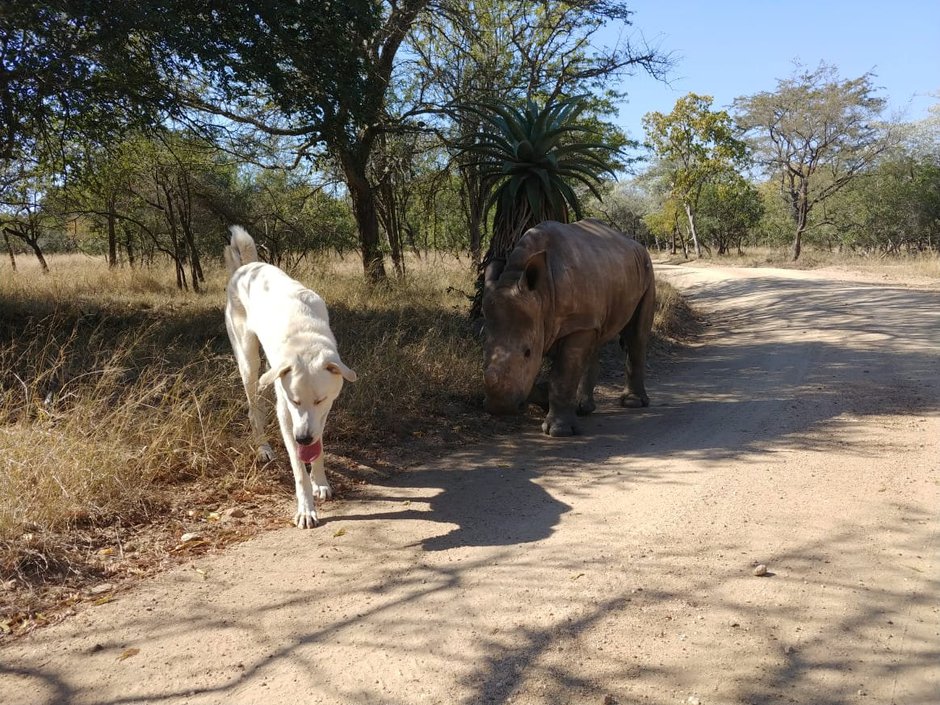 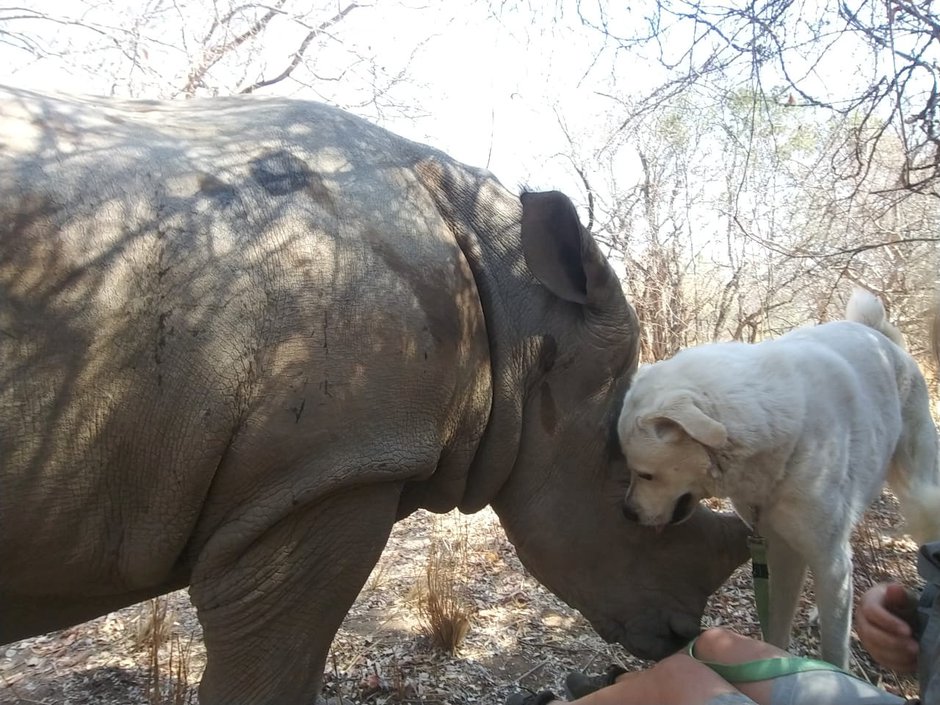 The founder and managing director of HESC Lente Roode, 72, says the unique bond the two animals share is important to her.

"Esmé was our first rhino calf that we decided to introduce to an anatolian shepherd dog as a companion.

"It took a few days but as soon as the two were used to each other the relationship was remarkable and unbreakable.

"Esmé and David have a very special relationship and are therefore very dear to me."

David the dog is nearly two years old and was donated to HESC by a friend to Lente.

"Her mother was a young and inexperienced cow and couldn’t produce milk for Esmé," Lente said.

"On Esmé’s arrival she was extremely malnourished and as a result pressure sores formed on her ankles and underneath her feet."