Paul Lavery, 30, was amazed to discover his dog Harlso's "hidden talent" after jokingly placing a squeaky toy on his head and watching as the pup stood still as a statue. 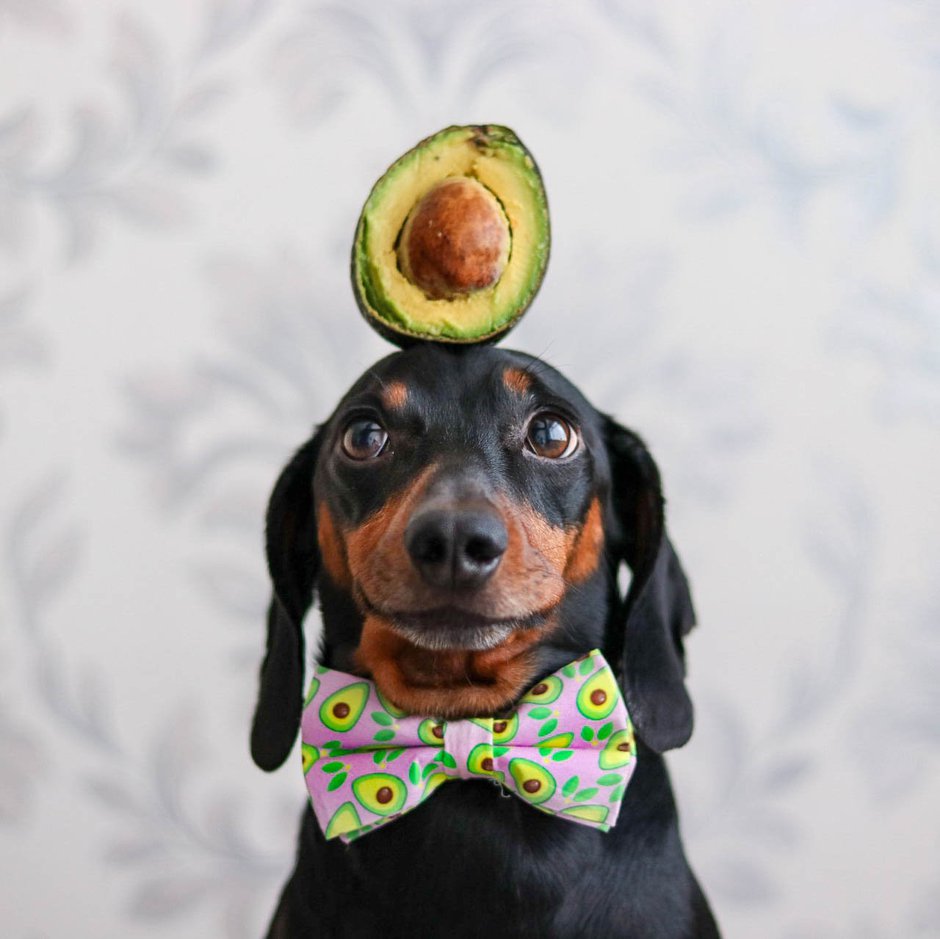 An adorable dachshund has become a viral sensation for balancing a series of random objects on his head.

Paul Lavery, 30, was amazed to discover his dog Harlso's "hidden talent" after jokingly placing a squeaky toy on his head and watching as the pup stood still as a statue.

Wearing a jazzy bow tie, the five-year-old pooch miraculously balances various items on his head including a globe, a glass of water and a stack of doughnuts.

His bizarre talents have catapulted him into internet stardom and he has over 92,000 followers on Instagram alone. 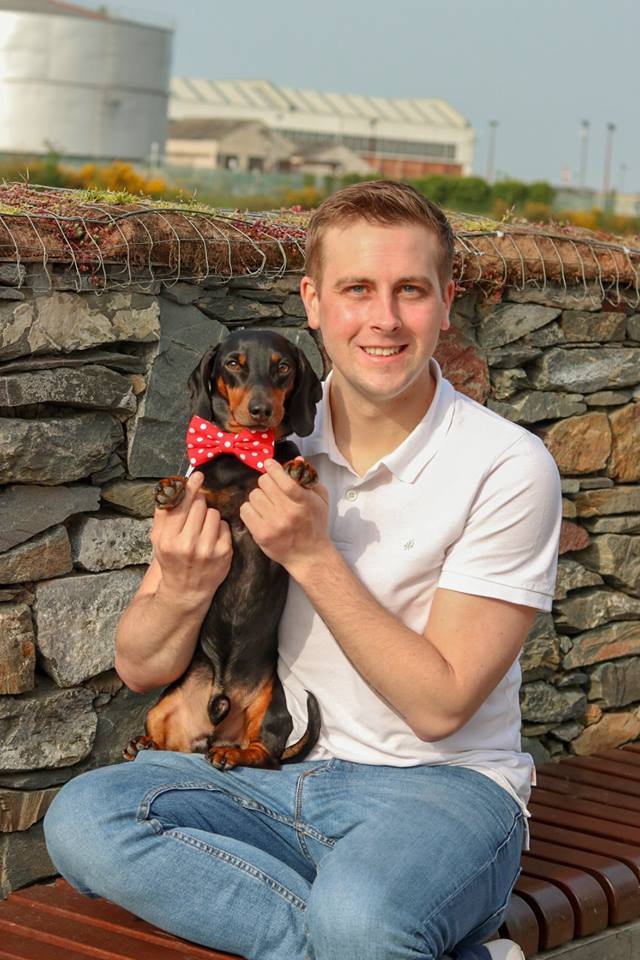 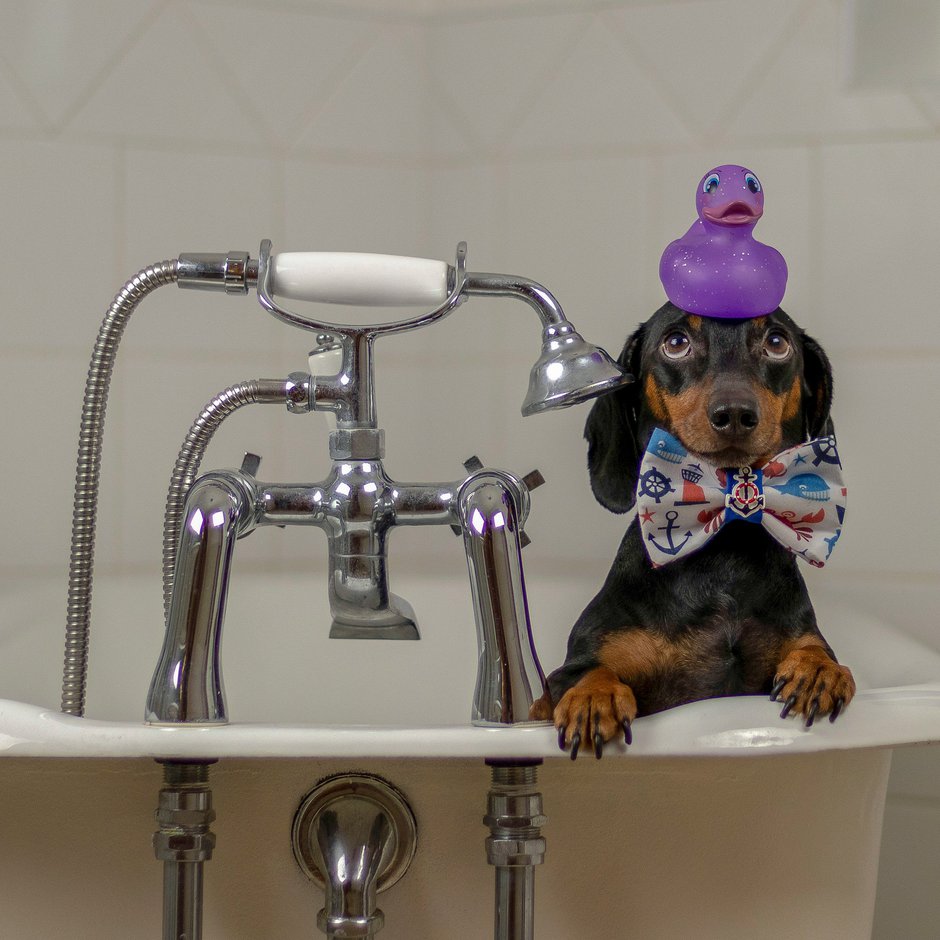 Paul, who lives with his partner Jen Scott, 29, at their home in Belfast said: "We got him five years ago and we just fell in love with him at first sight and brought him home.

"For us, we didn't know he knew any tricks, we tried teaching him to sit, lie down, roll over and he wasn't interested!

"When he was about two years old I sat a chicken toy on his head and he just sat there looking at it really still.

"I called Jen down and said: 'Jen! Harlso has a hidden talent!'"

Soon after, the bewildered couple set up various social media accounts in February 2016, and after nine months Harlso had 14,000 followers.

Paul, a social worker, said: "It really started growing quite quickly. People from all over the world follow him.

"When we created the Instagram account it was mainly just for us, family and friends. We never expected it to take it off.

"I just thought: 'Who is going to be interested in seeing these photos and videos?'

"Harlso's got his very own VIP fan club for the most dedicated fans and we get messages through from people wanting to meet him.

"We got one message from a couple from Australia who said they were in the area and asked if they could pencil in a time to meet him and pet him." 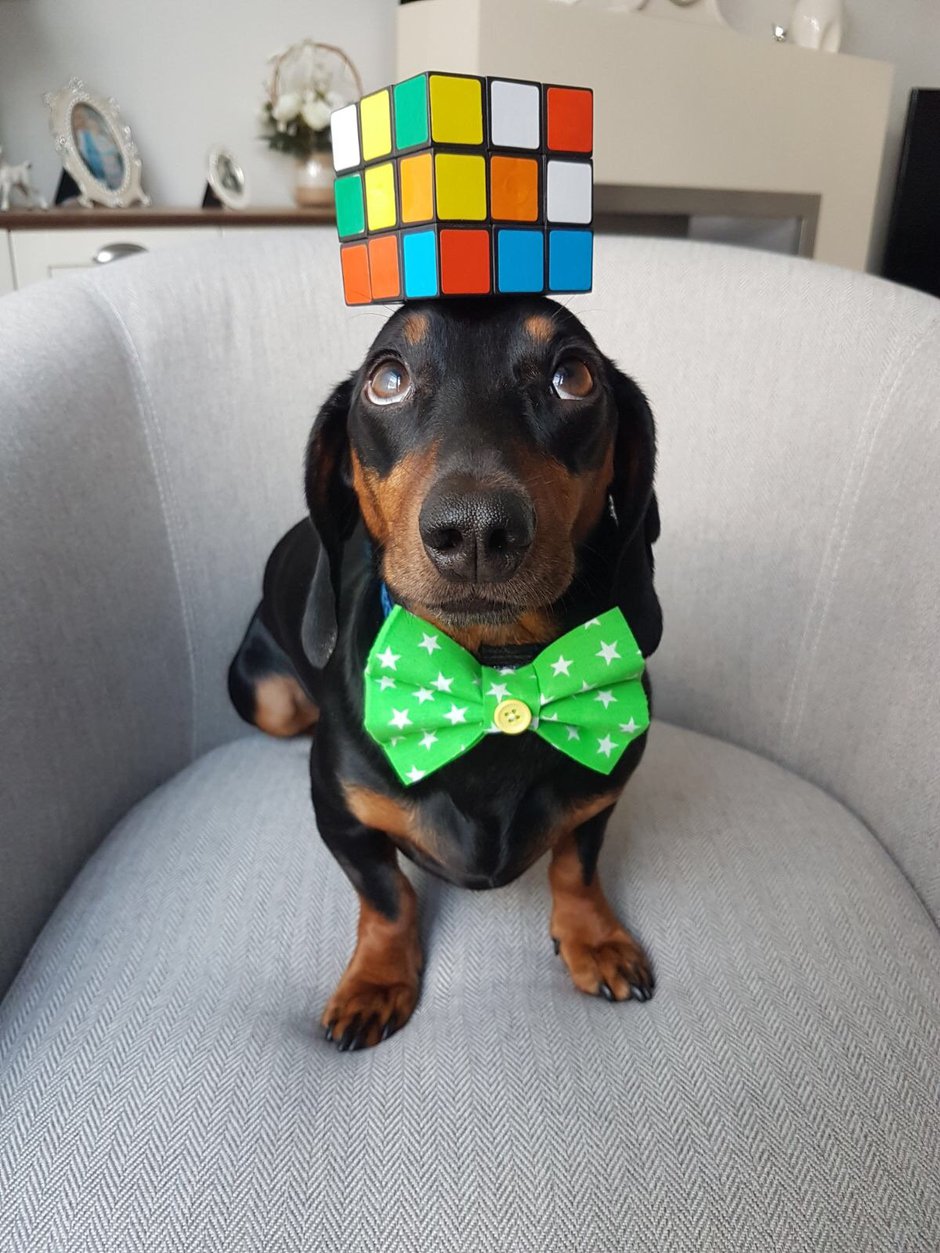 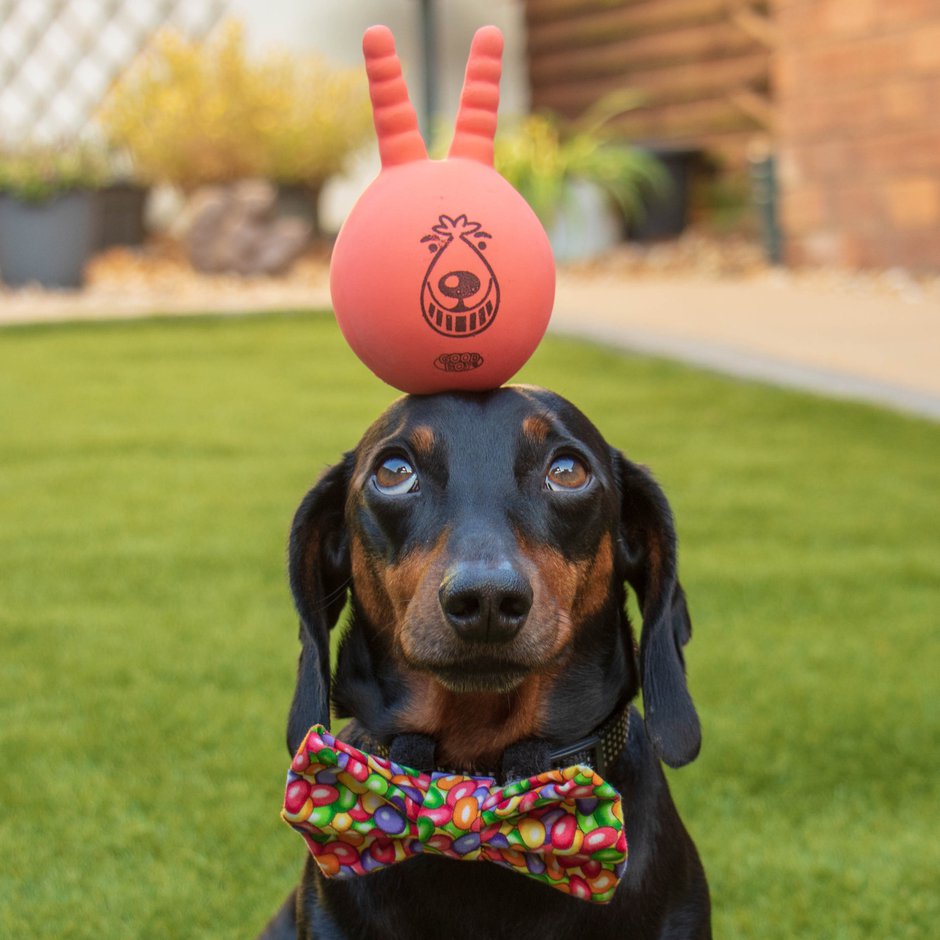 Paul photographs and videos Harlso balancing all sorts of things on his head including a Toblerone, an aubergine and even a slice of watermelon.

He also has impressive array of outfits in the videos and has a selection of over 300 bow ties to choose from.

He explained: "Anything long and tall we like to try and balance on his head. You can put pretty much anything on his head as long as it's not too heavy and too dangerous.

"I get people messaging me asking for training tips like I'm Cesar Millan! I do not know how he does this, one day he might decide to just stop.

"We always try to match his bow tie to what he's balancing on his head. We try to do themes for Halloween, Christmas and Easter too.

"It's amazing because when he was balancing things it used to surprise us but he can balance almost anything and 99 per cent of the time, he manages to do it first time." 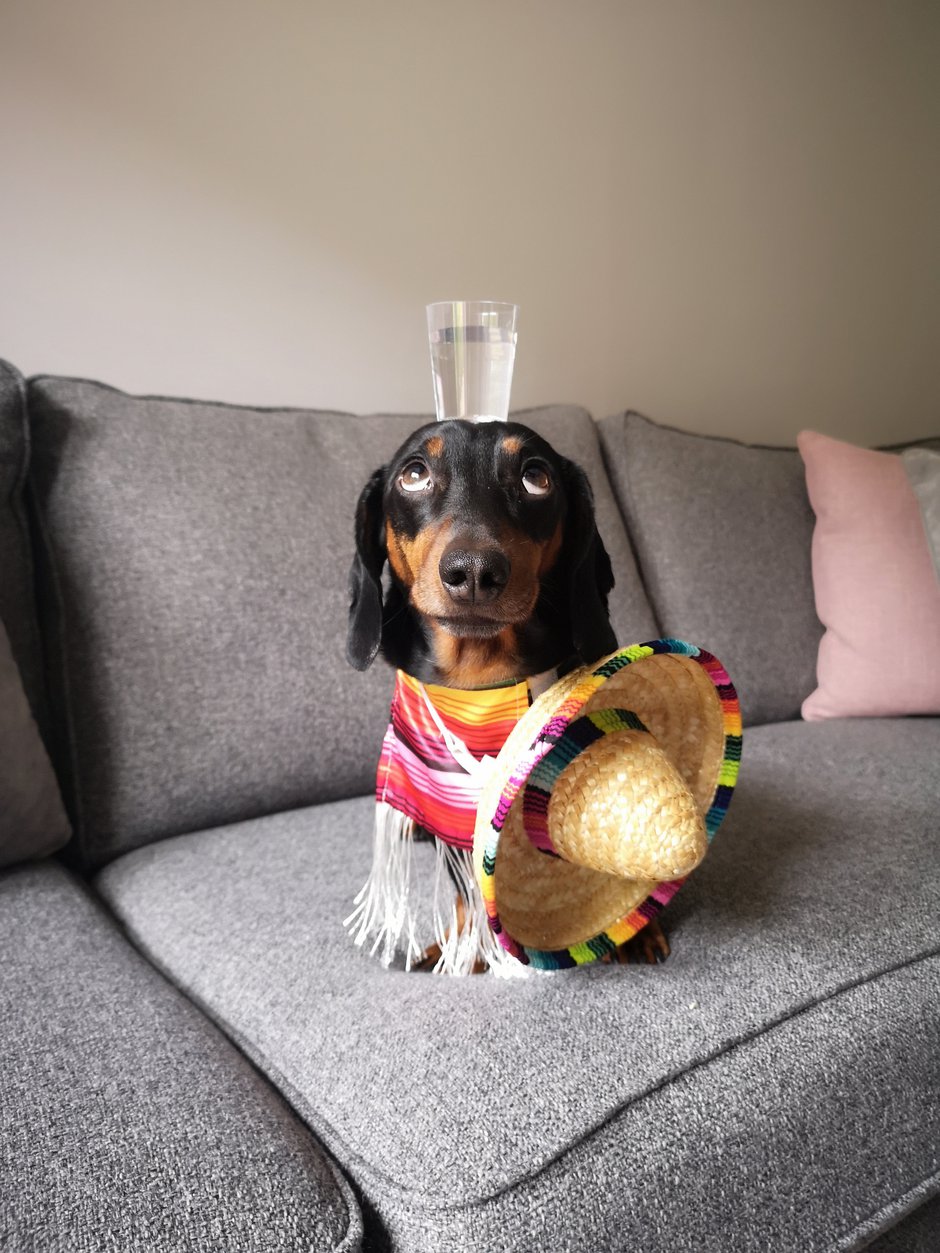 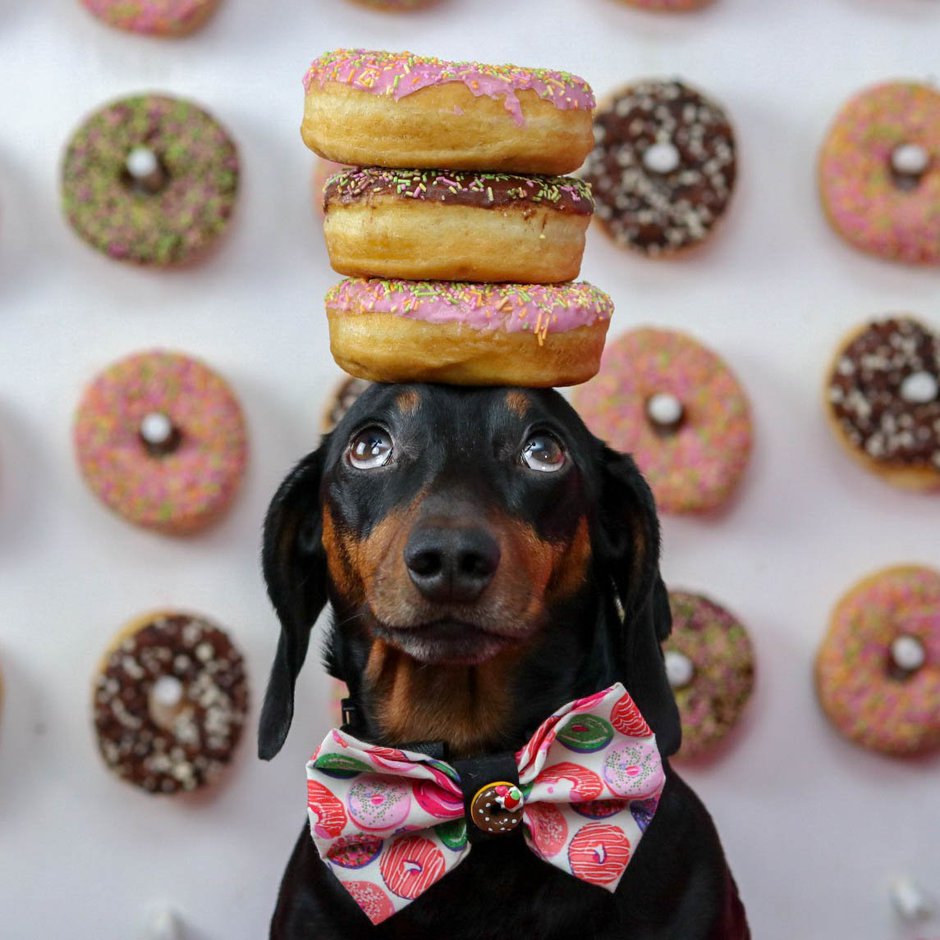 Harlso has won a 2019 Webby Award due to his talents and is even listed as one off the Guinness World Records 'Amazing Animals.'

And although Harlso is a pretty big deal now, Paul said the fame hasn't changed him.

He added: "He was always really bossy and a bit of a diva so the fame hasn't changed him because he's always been like that!"