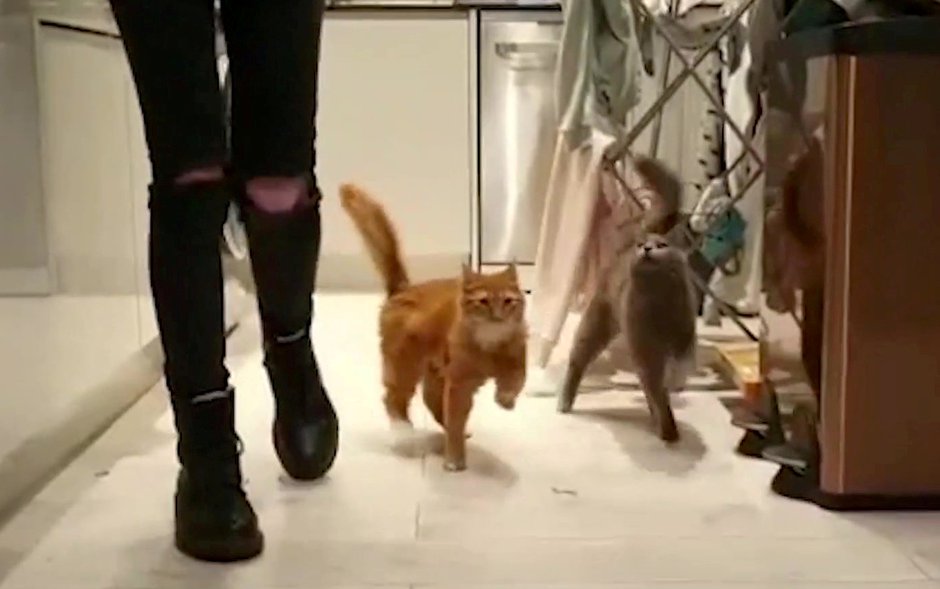 Meet Pablo and Bones - two cats that suffer from a rare condition which causes them to constantly WOBBLE.

Cerebellar Hypoplasia is an incurable disease caused by an underdeveloped cerebellum - a part of the brain which controls movement.

Symptoms can range from mild to severe - causing them to stumble and stutter as they navigate through day-to-day activities such as walking, eating, and jumping.

Despite the odds, owner Emily Horner, 26, says the pair are still able to do everything else a 'normal' cat can - just with a bit more fumbling about.

She said: "My boys are classified as mild, they can do almost everything other cats can.

"They run around, play together and shred my sofa to pieces, just like any cat, there's just more falling over involved.

According to research - Cerebellar Hypoplasia develops when a mother is severely malnourished during the pregnancy phase.

Although it is a mild form of the disease - Emily says she must still keep a watchful eye on the pair to avoid any accidents.

"We have carpeted stairs and CH (Cerebellar Hypoplasia) cats are excellent climbers so they've managed to manoeuvre those with a bit of practice."

Emily, who works in Customers operations in Bristol, adopted the adorable duo a month ago. 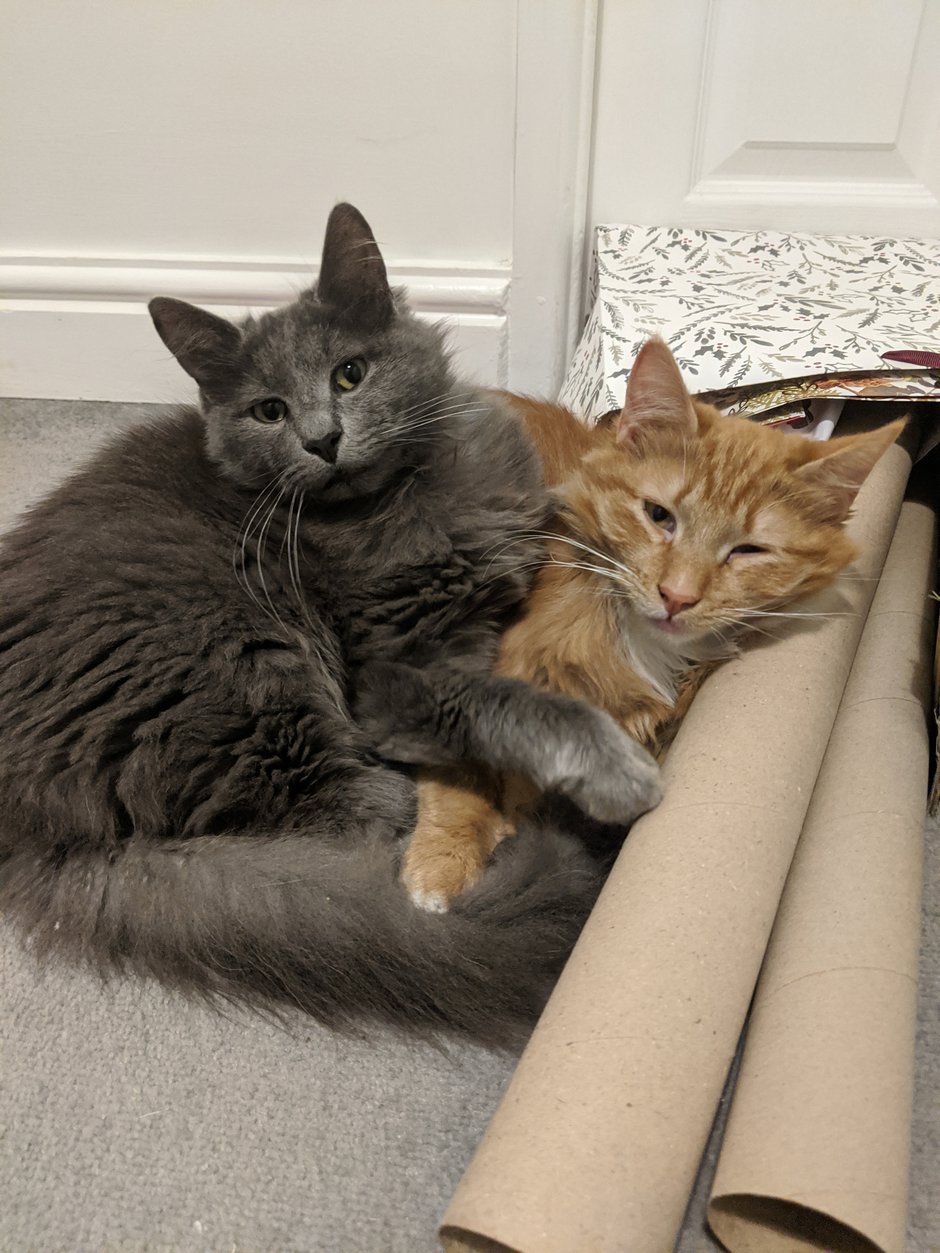 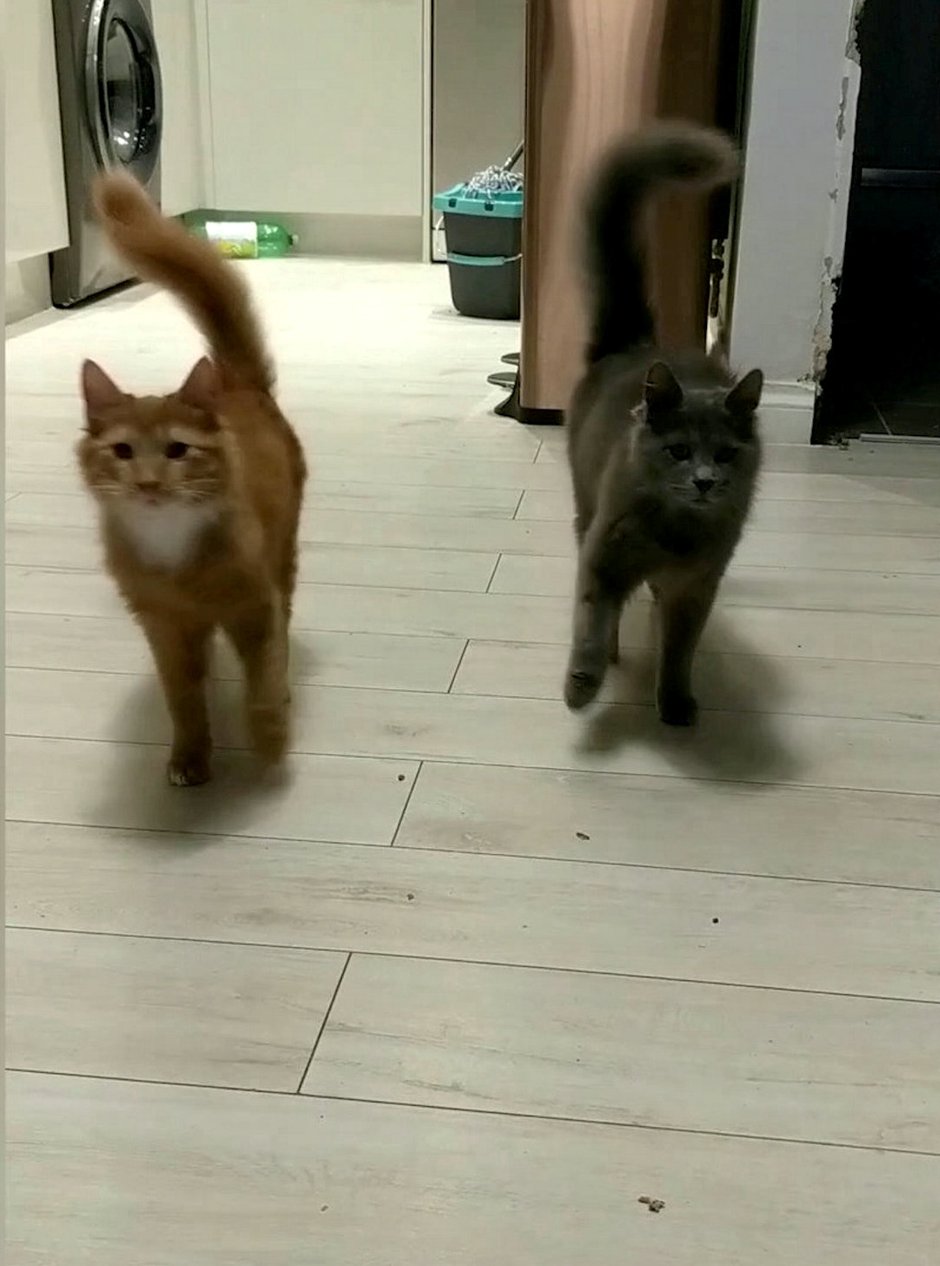 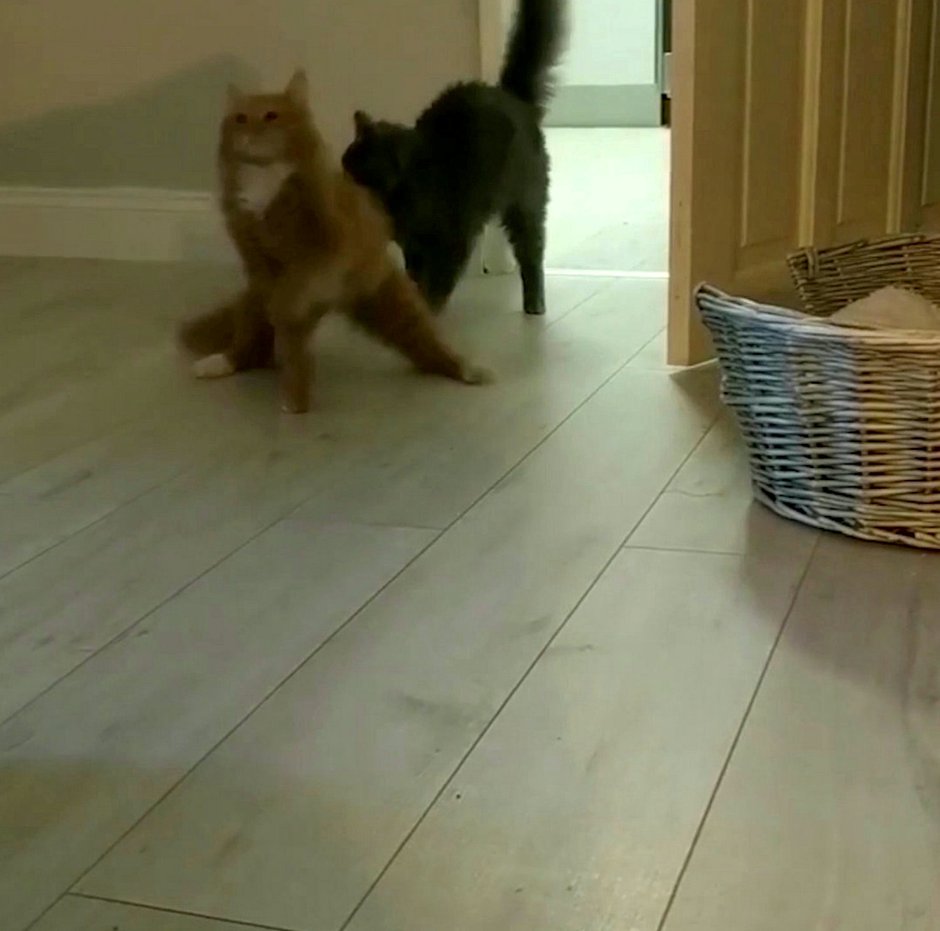 Pablo and Bones were being fostered and believed to have been strays at the time.

"The first few nights at hers they slept on the cold floors at her house, they had to learn that sofas were comfy etc"

"They are also scared of people walking around in shoes and seem to eat like they don't know when their next meal is coming."

Emily describes being "instantly sold" after their foster owner sent a picture of them.

"I was actually in contact with the charity about adopting a different cat, but the lady I was speaking to asked if instead of one, if I would consider two, she sent me a picture of the two of them and I was immediately sold".

Emily later created an Instagram account to give her friends a break from the bombardment of pictures she would send of them.

She also discovered communities who had pets living with the same condition.

"People love seeing what my boys get up to and how they navigate the world."

"I found out about CH cats through a page called orangeandblackisthenewtan. They helped to educate me on CH and it leads to me adopting two disabled boys."

"I'm hoping to also show people that disabled animals are in just as much need for a loving home, and just because they are disabled, it doesn't mean they can't have a long happy life with you."

You can watch Emily document Pablo & Bones' wobbly adventures on their Instagram @pablo.and.bones.