SPEED DATE - A couple who met on a dating app got engaged after ONE month and then tied the knot just four weeks later.

Christopher Rimmer and Viktorija Vakulenko, both 34, met through an app called Christian Dating for Free and arranged to meet face-to-face after a month of chatting online. 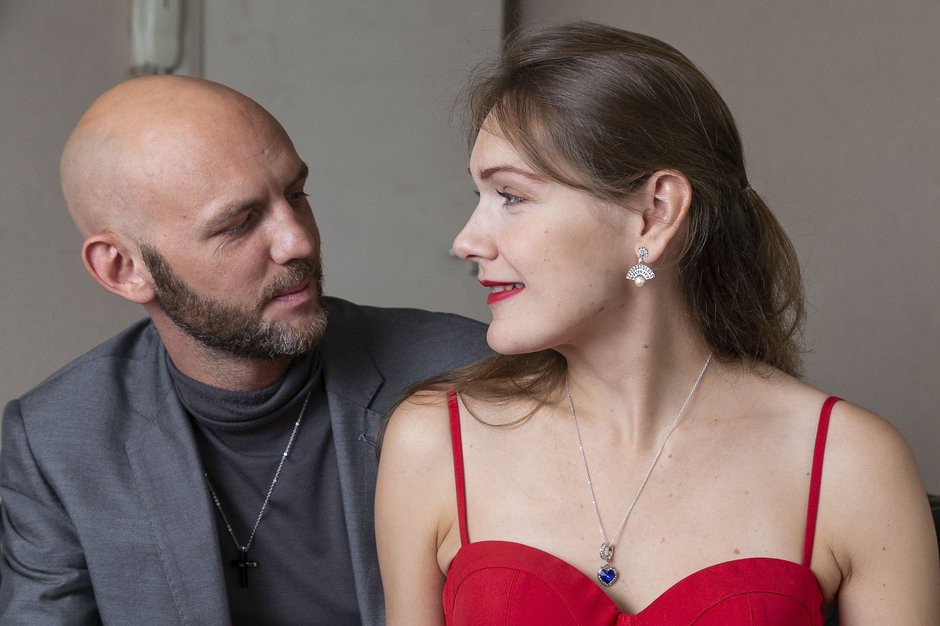 A couple who met on a dating app got engaged after ONE month and then tied the knot just four weeks later.

Christopher Rimmer and Viktorija Vakulenko, both 34, met through an app called Christian Dating for Free and arranged to meet face-to-face after a month of chatting online.

Viktorija, originally from Latvia, travelled to the UK for work and met Chris in his hometown in Southport, Merseyside, where they discussed the idea of marriage on their first date.

Despite feeling an instant connection, the pair abstained from having sex, and after dating for one month, Chris popped the question on Southport Pier where they had one of their first dates.

The pair set a date for June 2019 – two months after they first met – and tied the knot at Shoreline Church, Southport, surrounded by 60 family and friends.

Chris and Vicktorija have now returned from their honeymoon in Barcelona and can’t wait to start the rest of their lives together.

Vicktorjia, said: “The moment I saw his profile I felt a connection to him – his photos made him look open and kind.

“I spoke to a few people on the site but after I met Chris on there I stopped my other conversations and put all my attention onto him.

“He had such a strong passion for ministry and it just felt right.

“I knew there was something special and we went for it.”

Vickorija, from Riga, Latvia, joined the dating site in March 2019 after her sister encouraged her to sign-up.

She had only been on the site for two weeks when Chris came across her profile and struck up a conversation with her.

The pair felt an instant connection and arranged to meet up for their first date in Chris’ home town Southport, in Liverpool, after Vickorija moved to the UK looking for work.

She said: “I wasn’t sure about joining the dating site but I’d moved home after travelling in Thailand and my sister suggested it would be a good way to meet people – even just to make some friends.

“I spoke to a few people and then Chris started a conversation with me and it just felt right.

“To be honest I was planning to stay alone for a while – I didn’t expect to meet someone so quickly.

“At the time I started applying for jobs in the UK and I planned to go over for the some interviews.

“It tied in together and I could also finally meet Chris.

“I remember being at the airport with my mum and she could already see how happy I was, giggling on the phone to him.

“I already felt like I was in love with him when we were talking online.”

Smitten Vickorija moved to Peterborough, Cambridgeshire, to stay with a friend, before travelling up to meet Chris first the first time over Easter Weekend in April 2019.

She said: “There was a postcard in my host’s house of Southport and thought: ‘That looks so nice, what a cool place.’

“It felt like there were lots of signs for us to be together and I was taking those signs as direction.

“I was super nervous but there were lots of sparks the moment we met at the train station.

“He took me to the pier and it was such a romantic first date.

“We started talking about marriage that day – we both knew that’s what we wanted.

“We joined that dating app because we were hoping to meet someone to have a future and because we’re both have the same faith.

“Chris had a spare room for me to stay in that weekend and we knew nothing else romantic was going to happen.

“We were both prepared to wait until we got married because it felt right.” 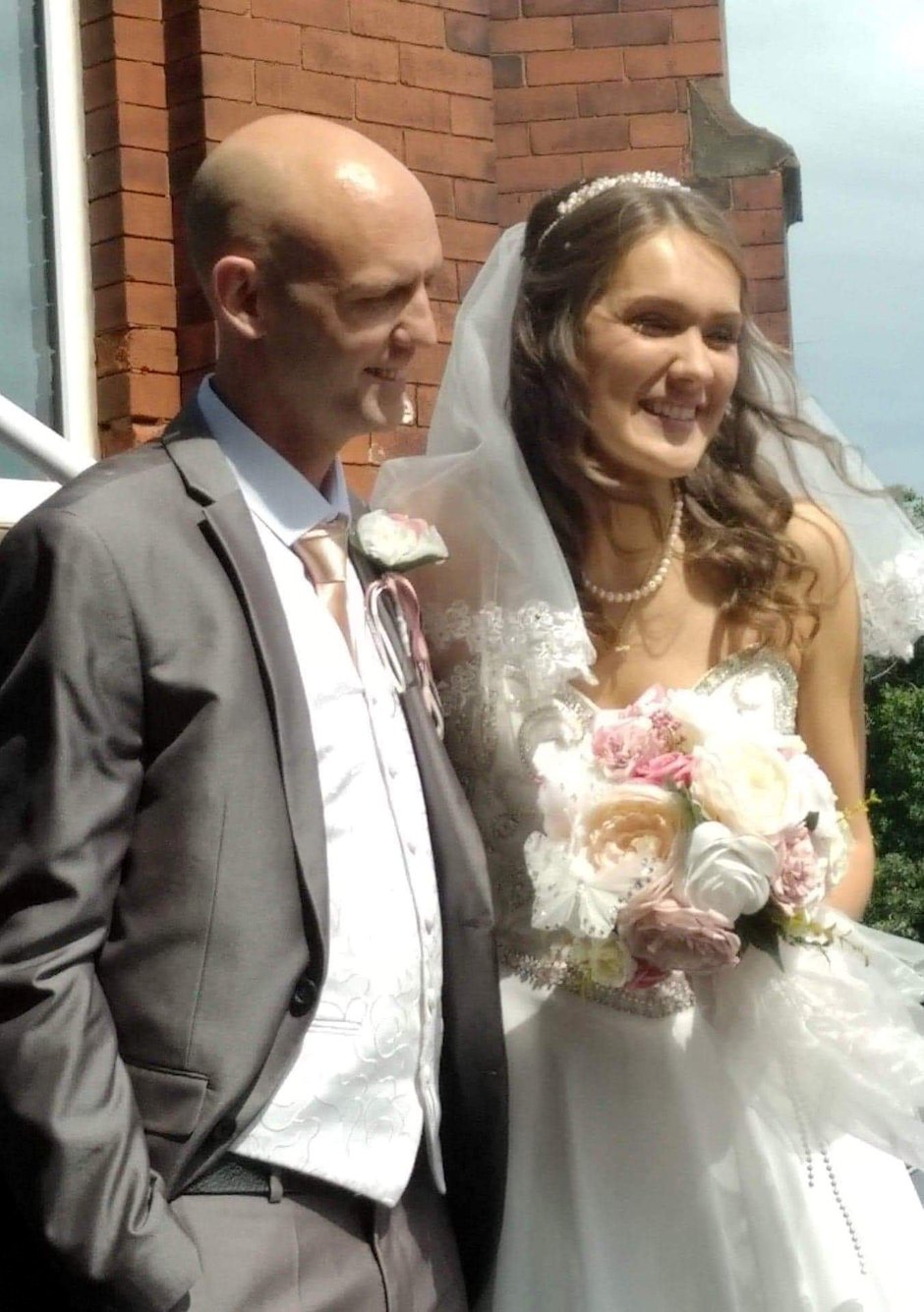 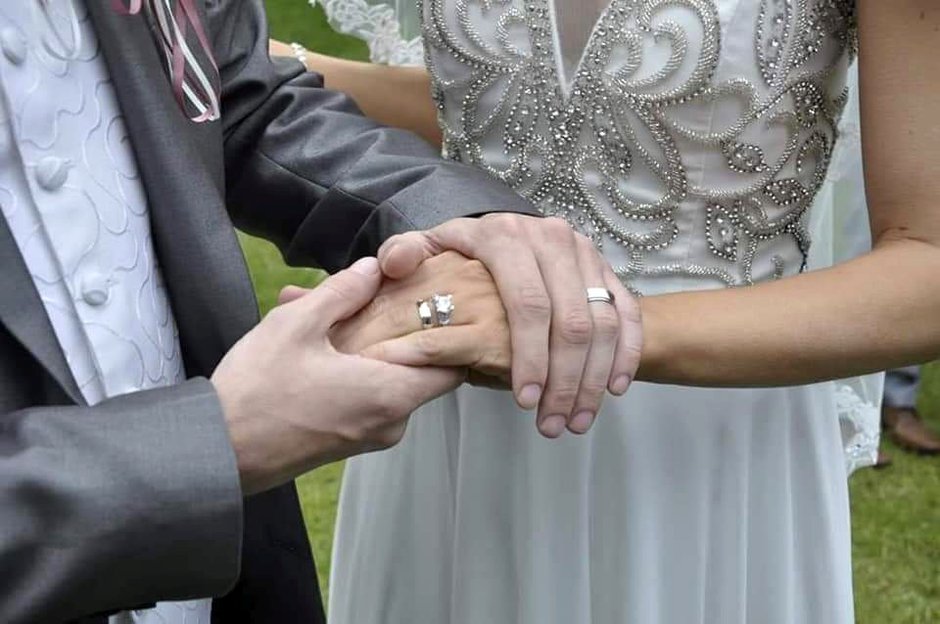 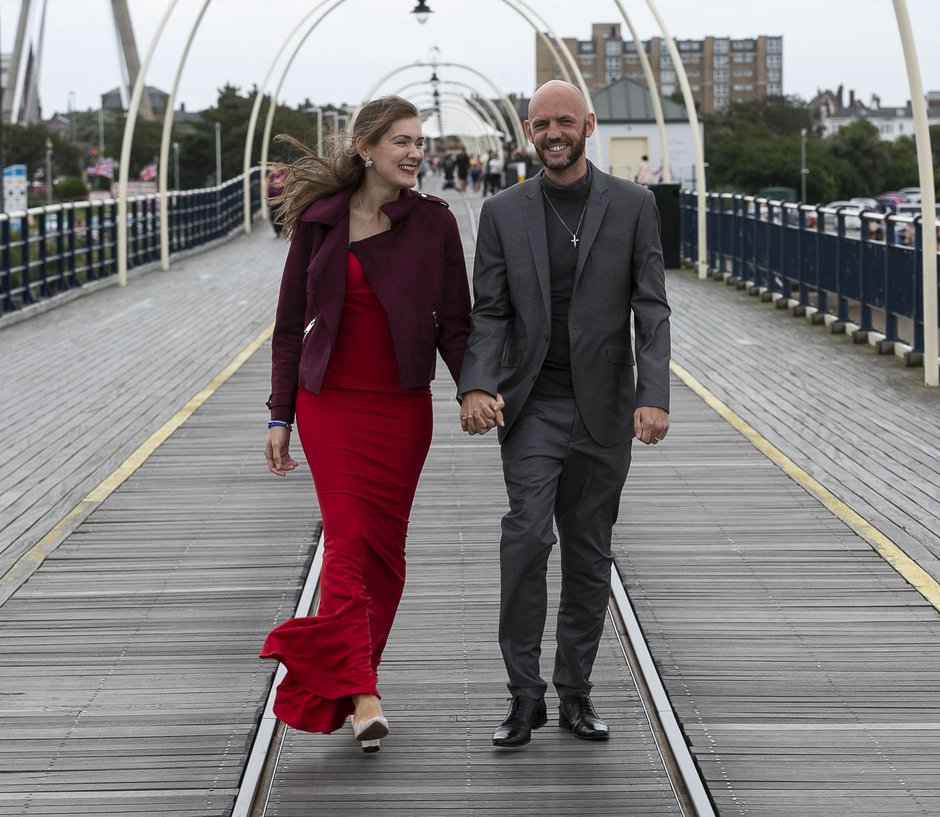 After their first weekend together, Vicktorija started looking for work in Southport so she could be closer to Chris.

Chris decided to pop the question on May 15 – less than four weeks after they first met face-to-face.

He hatched a plan to take her to the pavilion restaurant, Southport, where they had one of their first dates and he asked staff to film the moment he popped the question.

Vicktorjia said: “I knew we were going to get married because we talked about it but I didn’t know when it would happen.

“Chris took me to the restaurant and it was a beautiful sunset.

“When he asked me I was so surprised and excited - it was all perfect.”

The couple couldn’t wait to make things official and set a date for the big day on 15 June 2019 – less than two months after they first met.

They held the ceremony at Shoreline Church, Southport, in front of around 50 family and friends, followed by a reception at

She said: “My mum and sister came over from Riga but my dad couldn’t make is so Chris’ dad offered to walk me down the aisle.

“We had only just met and he said I was ‘perfect’ for Chris – it meant so much.

“Everyone had a great day and although it started cloudy it got sunny.

“We want children and I’m looking forward to the future and for now we’re looking for a place to live and focusing on our ministry.”

Chris, who had been on the dating site for a couple of years, recalls the moment he first came across Vicktorija online.

He said: “We were both of the site because we wanted to meet someone and get married, I just hadn’t met that person yet, not until I found Vicktorija.

“The moment I saw her pictures I thought: 'Who is this girl? I have to speak to her.’

“We were so similar and we both had a strong belief in our Christian faith which bought us closer together.

“The moment I met her I knew were going to get married – we wanted to get to know each other a bit and become best friends.

“The day I proposed I didn’t have much of a plan, I just knew I wanted to take her to the pier where we had one of our first dates.

“The sunset was incredibly and I knew I had to do it then.

“I told the staff I was going to propose and asked them to film us.

“It was perfect and they helped make the day really special for us.

“The wedding day was perfect – I felt like the luckiest man when I saw her walking down the aisle.

“After the big day we headed off for our honeymoon in Barcelona and did some trekking and exploring.

“ Vicktorija loves her food and we definitely put some weight on.

“Everything’s a bit up in the air at the moment, we’re looking for somewhere to live to get settled.

“We’re taking each day at a time and enjoying getting to know each other more.”