Meet Loki - an overly affectionate raven who likes to CUDDLE 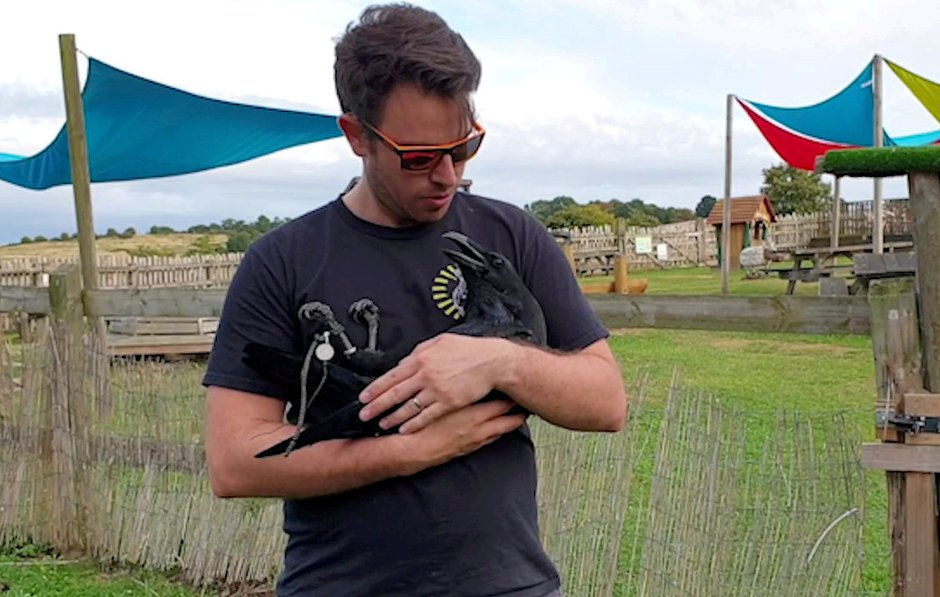 A filmmaker has become best friends with a raven - and says the bird often comes inside for a cuddle.

The seven-year-old called Loki has grown up in captivity and now has a bond so strong with its owner that it regularly seeks him out for an embrace.

Elliot Manarin was offered Loki by a breeder after its owner passed away - and initially discovered a spiky personality.

But years of hard work, love and attention has seen the pair become best friends - with the animal even comforting the 33-year-old when his mum died.

Elliot, from Essex, says that ravens are misunderstood creatures and are not too dissimilar to humans.

The duo now exchange gifts and share jokes - growing so close that Elliot no longer sees Loki as a bird.

He said: "Loki's owner had passed away and was left to fend for himself for a few weeks before relatives of his owner eventually discovered him.

"He was returned to the breeder who offered him to us. He had no name and was apparently a well mannered and tame bird.

"This was far from the case. Loki was hyper-aggressive and riddled with chronic anxiety.

"He was scared of humans and acted on fight or flight. His mental health, as well as his physical condition, was very poor, his feathers were matte and he was missing his tail.

"It's taken years to establish a bond with Loki.

"I'm not a corvid expert, but over time I have become an expert on Loki.

"Through trial and error, I had to learn what was triggering his aggressiveness and work with him to build trust and make him feel safe and secure.

"In the early days, it was exceptionally tough and we nearly had to have him rehomed, but we all persevered and now we have a loving bird who is happy, healthy and enjoying life to the fullest.

"He is a truly unique individual bursting with so much character. We often exchange gifts and he loves to play with his puzzle toys.

"He has a taste for trickery and can often be found tormenting some of the staff, undoing their shoelaces and trying to trip them up. 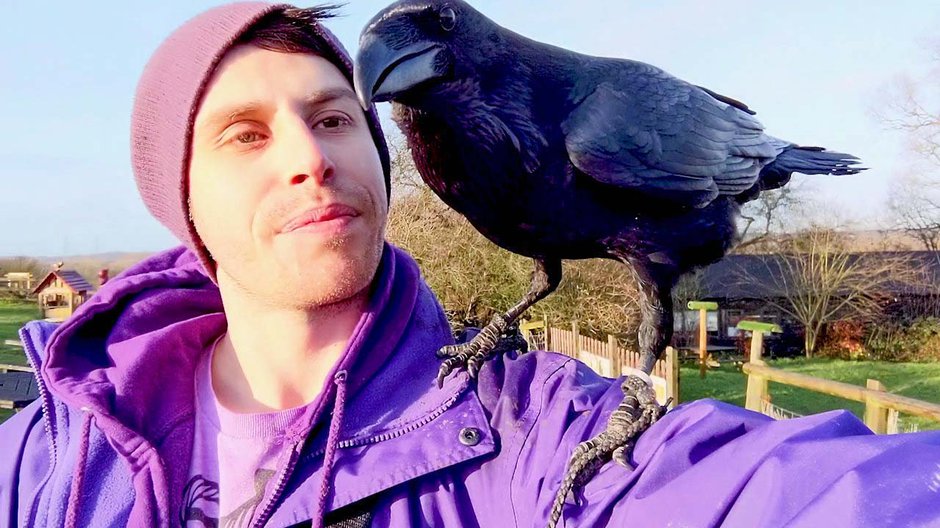 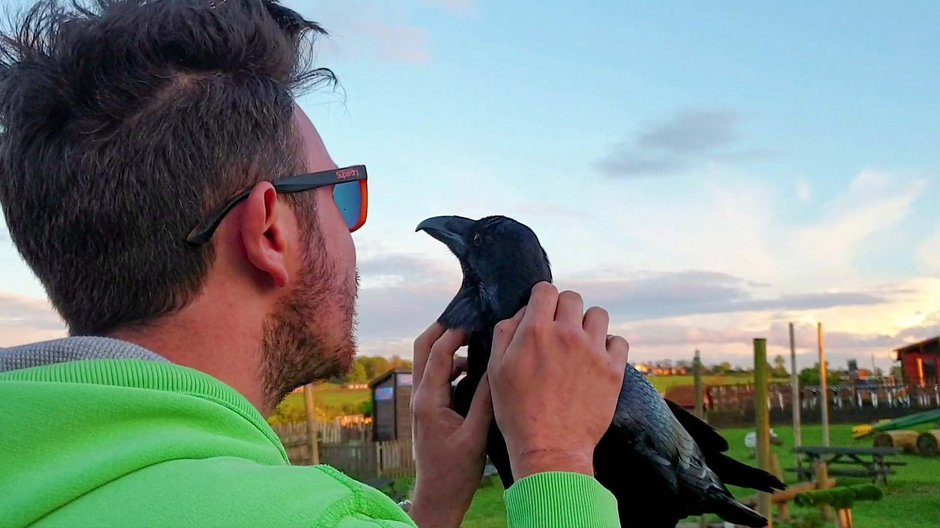 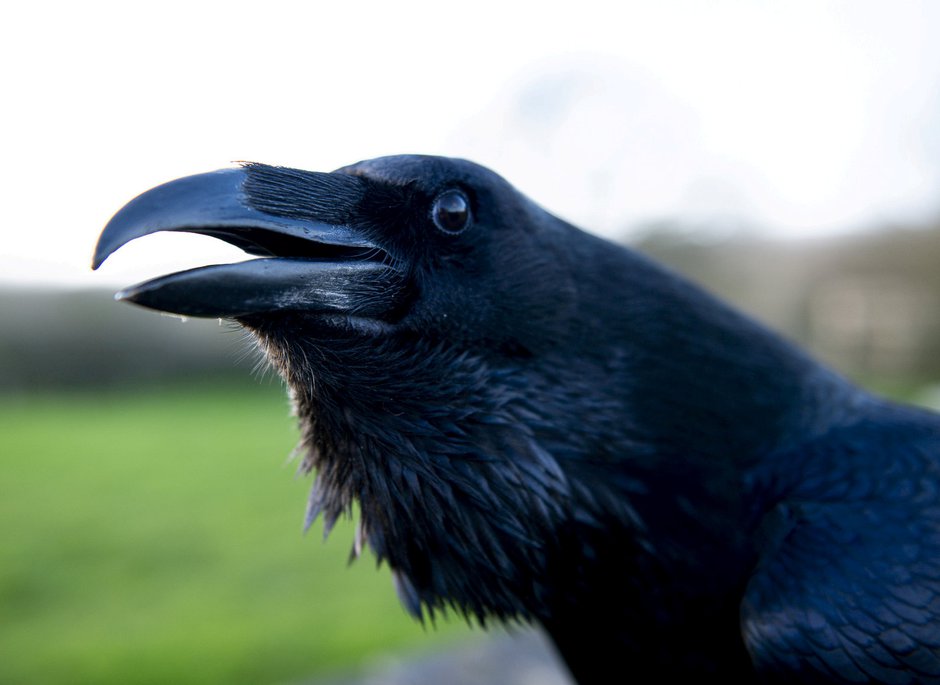 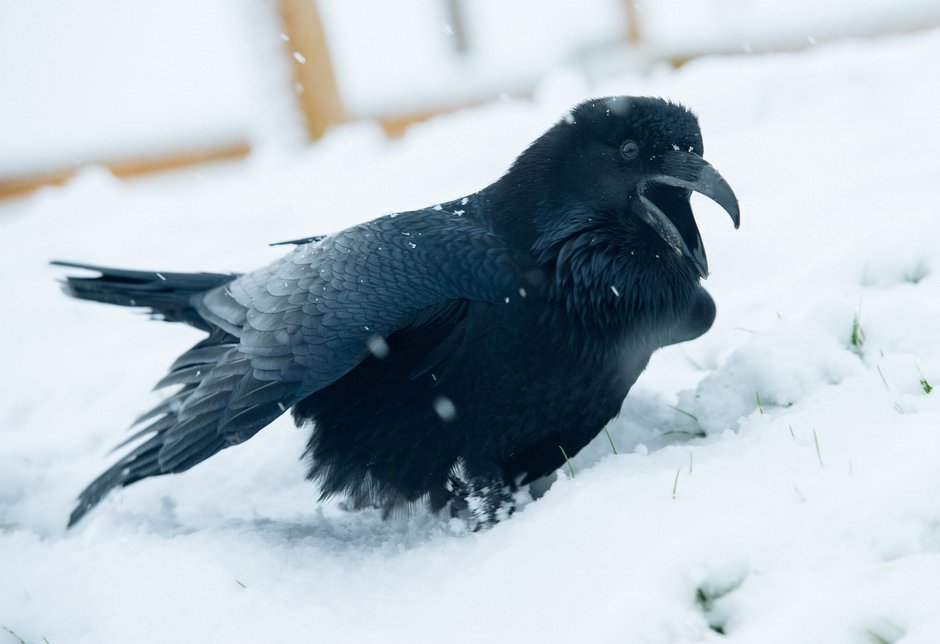 "If given the chance will steal anything he can get his beak on, money, food padlocks anything.

"If we don't provide him with the adequate currency he will disappear and hide whatever item he has stolen until we provide suitable payment.

"Each item he steals has a value unique to him for example, a cleaning sponge is worth about 3 grapes, a padlock, a chocolate biscuit!

"If we don't provide him with what he wants the item stays hidden, sometimes for months!"

Elliot said he has now grown to view Loki as more than a bird, adding that ravens are much more like humans that we would think.

He said: "Loki is very much like a human, ravens have complex emotions coupled with their exceptional intelligence to problem solve, stimulation and companionship remain a top priority.

"We need to devise new games and tasks for him to work out whilst keeping his mental health in check, not allowing that to overcome him.

"But like most of us, he just wants companionship, he enjoys spending time with us and being in our company.

"People are also fascinated with his vocalisations of which he has many, these all symbolise various emotions from jealousy, fear, anticipation and joy.

"He's been known to laugh and chuckle at the precise moment someone tells a joke, slips over or otherwise endures something humorous.

"If he sees me trying to locate an item he's stolen and having difficulties, the sound of an evil chuckle can be heard coming from his aviary as he watches me bumble around in bewilderment!

Elliott said he has shared numerous moments with Loki - including one that particularly sticks out.

He said: "When my mum passed away two years ago, he knew I was sad. It wasn't emotional mirroring like dogs, this was something much more sentient.

"He walked over to me and locked eyes. He hopped onto my lap and rolled upside down onto his back, legs in the air.

"He rocked side to side whilst cooing the most dainty, affectionate sounds. I'd never heard him make these vocalisations and to this day he's never done it since.

"There is so much going on in their minds we don't really give them credit for. I've learnt so much from him and stopped looking at him as a bird a long time ago."

Loki was rehomed at Coda Falconry in Waltham Abbey, Essex.