The youngster was spotted jumping off the high wall in Plymouth, Devon 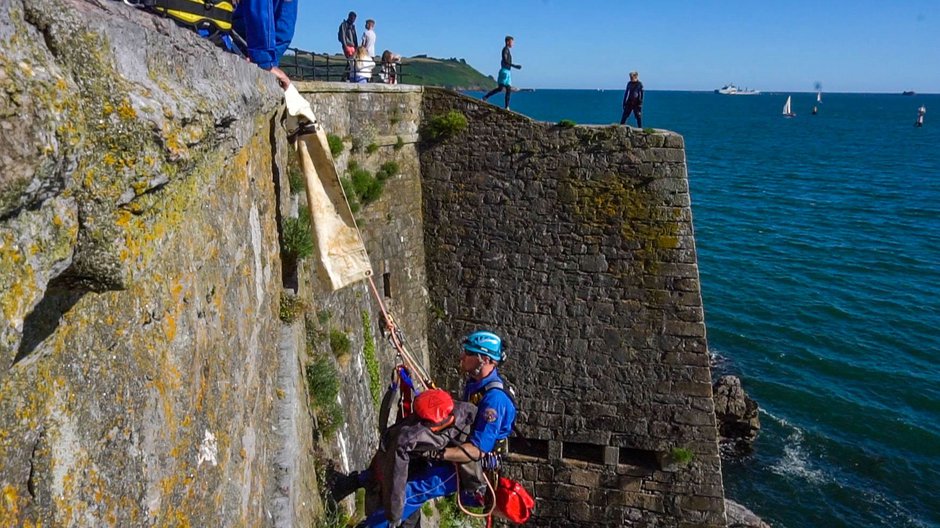 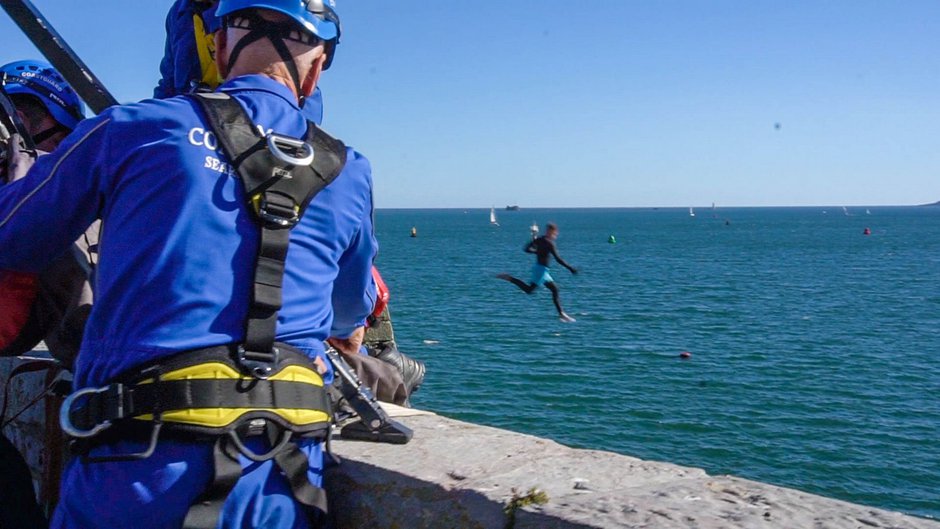 This is the moment a reckless teen risked his life 'tombstoning' off a notoriously dangerous cliff - next to coastguards staging a health and safety demonstration.

The youngster was pictured running towards the edge before leaping clear of the jagged wall and plummeting into the water - at a spot known as Dead Man's Cove.

But just metres away from the spot in Plymouth, Devon, coastguards were simulating a rescue to demonstrate the dangers of jumping from the cliff.

Plymouth Coastguard Rescue Team said its demonstration was overshadowed by the actions of the adrenaline-junkie youngster - and issued a fresh warning about the dangers.

Coastguard Rescue Officer Adam Hawson said: "Unfortunately there's not much we can do.

"It's a bit cheeky isn't it, if they know we're here it's a bit disrespectful.

"We tell them the risks and the hazards and if needs be we explain some of the things that have gone wrong. They do listen but they carry on and do it anyway."

The site has been a popular location for adrenaline junkies for many years with youngsters often queuing to jump from the 65ft cliff.

Several have been injured at the site and in 2016 a man died after misjudging his leap. 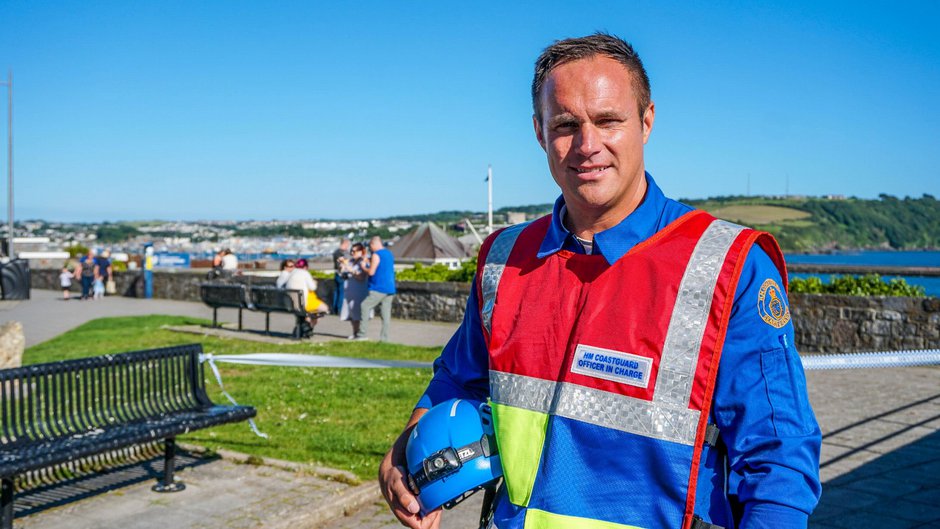 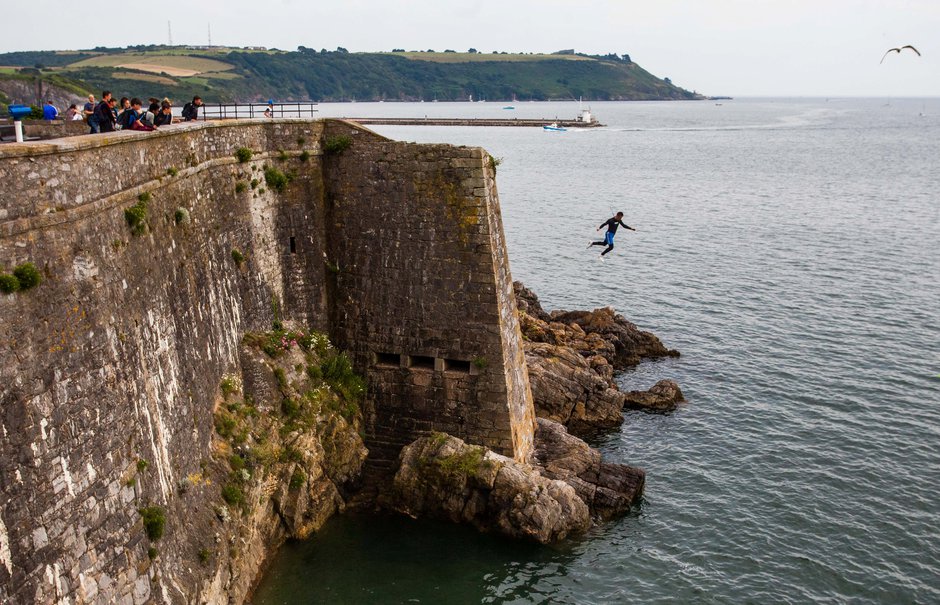 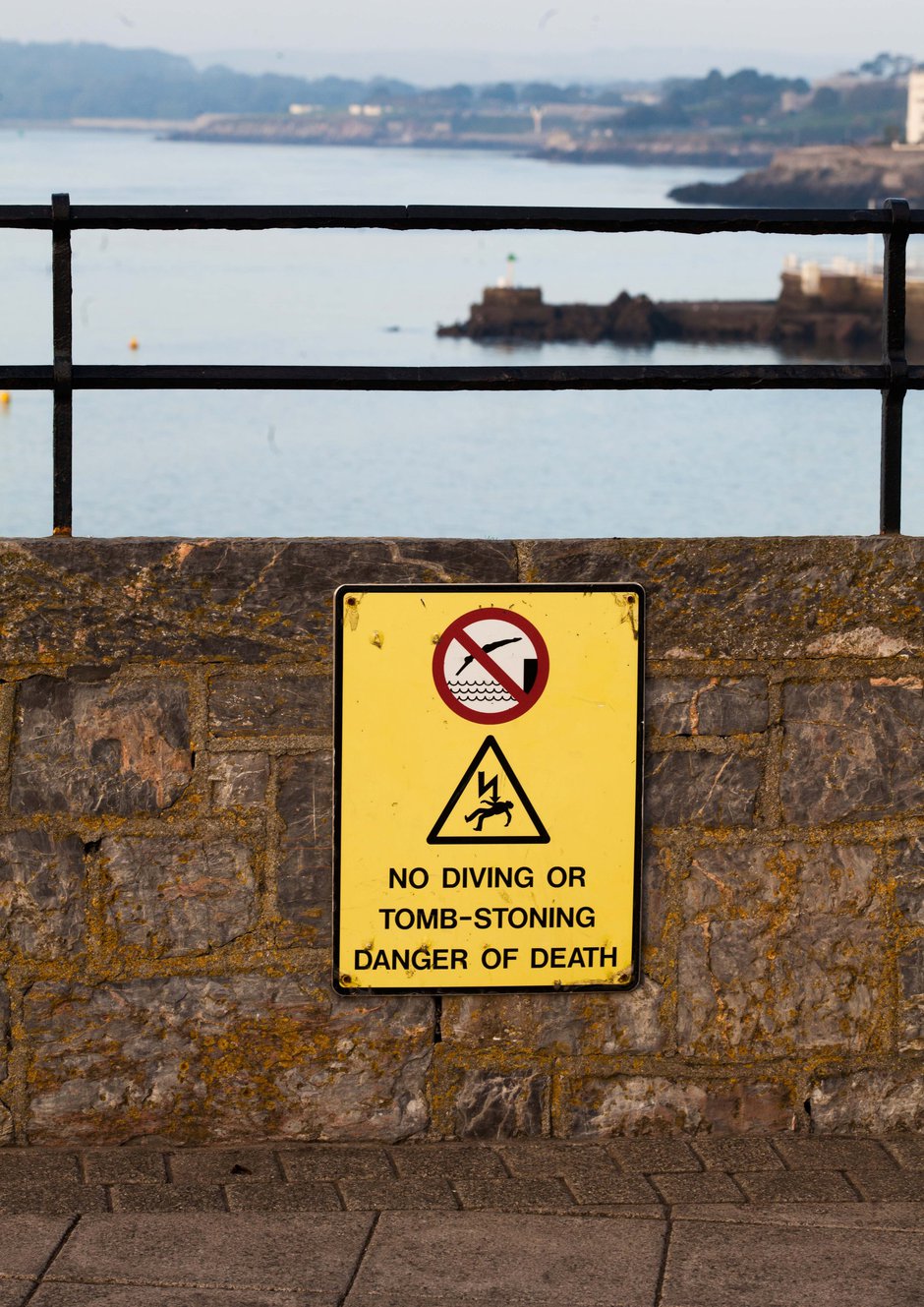 Once the rescue technician and dummy were safely back over the edge, a member of the Plymouth Coastguard Team immediately went over to talk to the tombstoners.

Coastguard station manager John Peattie said: "It is infuriating because we know the consequences but they just say 'you're spoiling our fun'.

"Go to a proper diving thing if you want to dive off something into the water but going off here is absolutely ridiculous.

"As long as people queue up and watch them or clap them - I've seen people clapping them - they'll continue to do it, just showing off to the girls, you know.

"We tell them if you saw the people that were in wheelchairs or crippled for life doing this from here, but they just say 'you're spoiling our fun.'"

Over the boader coastguard officers in Cornwall also re-issued a warning after a casualty with a suspected back injury was rescued from a quay after tombstoning.

Emergency services were called to Fowey on Saturday, June 22, and coastguard volunteers assisted paramedics in reaching the casualty.

St Austell Coastguard said: “The casualty needed extrication from the Quay to a waiting ambulance by stretcher.

“The team used their casualty care skills along with paramedic to successfully move the casualty from the pontoon into the waiting Fowey Harbour launch and take them to the slipway and the waiting ambulance."

They added: “We wish the casualty a speedy recovery.”