TRAGIC DEATH - A two-year-old girl has died after contracting E.Coli following a holiday at a "disgusting" hotel in Turkey 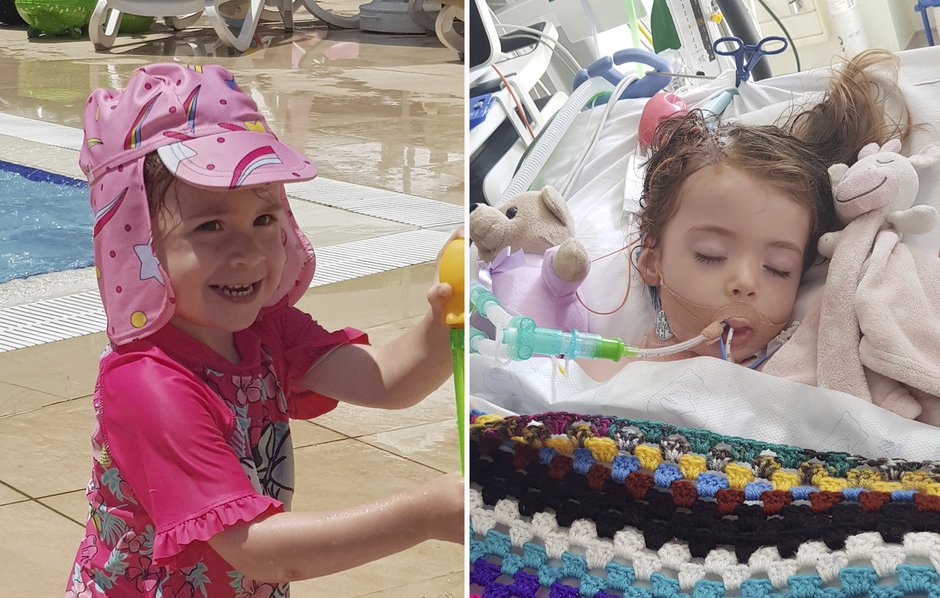 A two-year-old British girl has died after contracting a tummy bug following a holiday at a "disgusting" hotel in Turkey, it emerged today.

Little Allie Birchall was struck down by E.Coli poisoning and developed complications after staying at the five Crystal Sunset Luxury Resort and Spa, east of the city of Antayla.

Her family had to make the heartbreaking decision to switch off her life support after she was flown back to the UK and had been rushed to hospital.

The little girl died on August 3 - just three weeks before her third birthday - and less than two weeks after returning home from their holiday at the resort.

Her mum, Katie Dawson, told how all members of the family suffered from gastric symptoms including stomach cramps and diarrhoea during their 10 day stay.

The family had travelled to Turkey with tour operator Jet2 Holidays on 12 July.

Katie said they had concerns over the hygiene at the resort, including faeces in a swimming pool and food which had not been properly heated.

She said: “Food was sometimes left uncovered and occasionally served lukewarm, and there were birds occasionally flying around the food.

“We saw faeces in the swimming pool and I spoke to other holidaymakers who saw the faeces in the pool on more than one occasion, and staff just scooped it out without closing the pool or giving it a thorough clean.

“The walls in the children’s toilets were also smeared with faeces. It was disgusting.

But Allie did not start getting ill until five days after getting back to their home in Atherton, Greater Manchester, when she began suffering with stomach cramps, diarrhoea, loss of appetite and lethargy.

Peppa Pig fan Allie was seen by an out-of-hours GP, but as she got worse she was admitted to Royal Bolton Hospital on July 30 where various tests were carried out.

It was confirmed that Allie had contracted Shiga-Toxin producing E.Coli (STEC), which later led to her developing deadly Haemolytic Uraemic Syndrome (HUS) - a life-threatening complication related to the poisoning.

HUS is a serious and potentially fatal condition that affects the blood and blood vessels, resulting in the destruction of blood platelets. It can also cause kidney failure and brain damage.

Allie was moved to the Manchester Royal Infirmary and put in an induced coma on August 1. 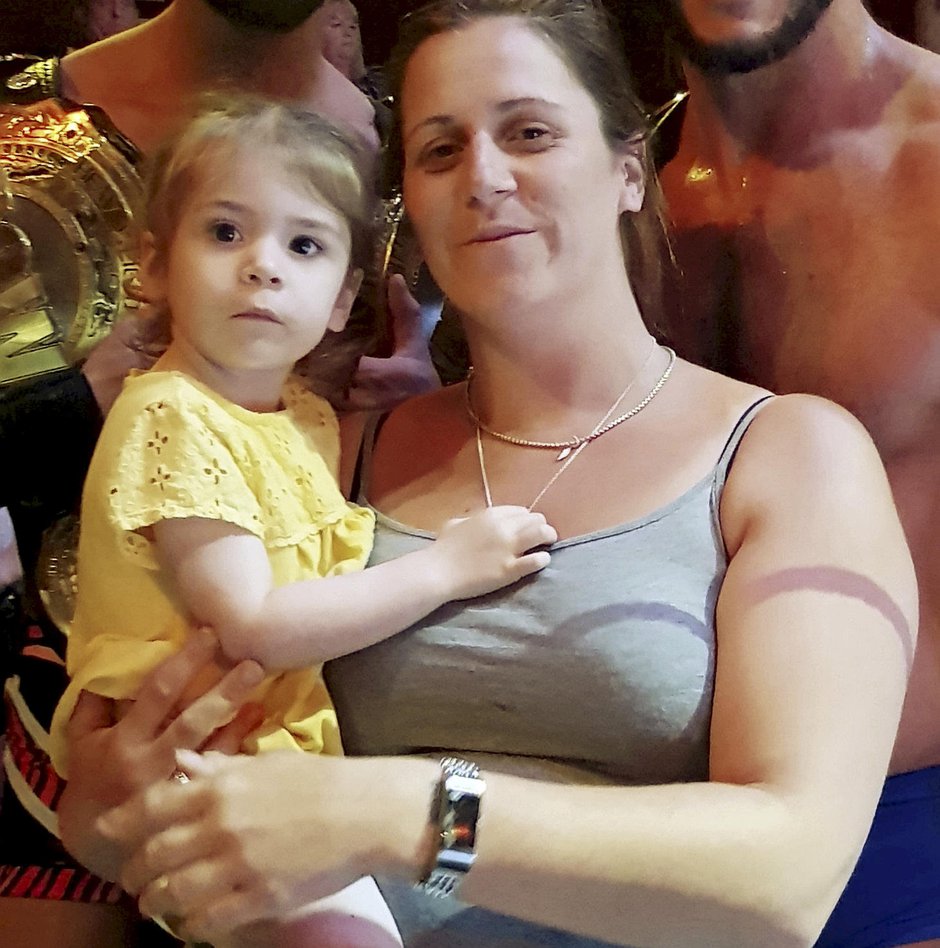 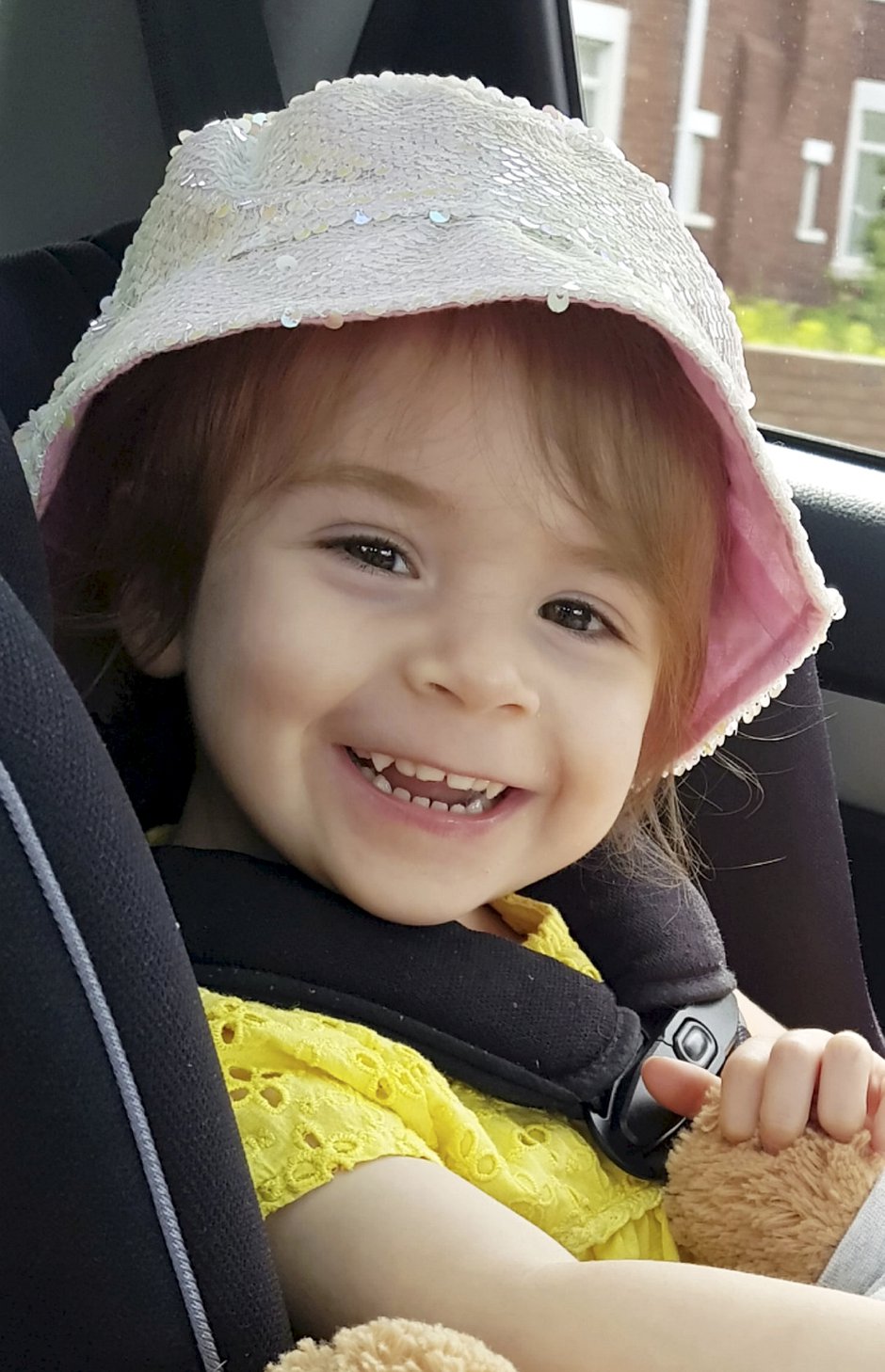 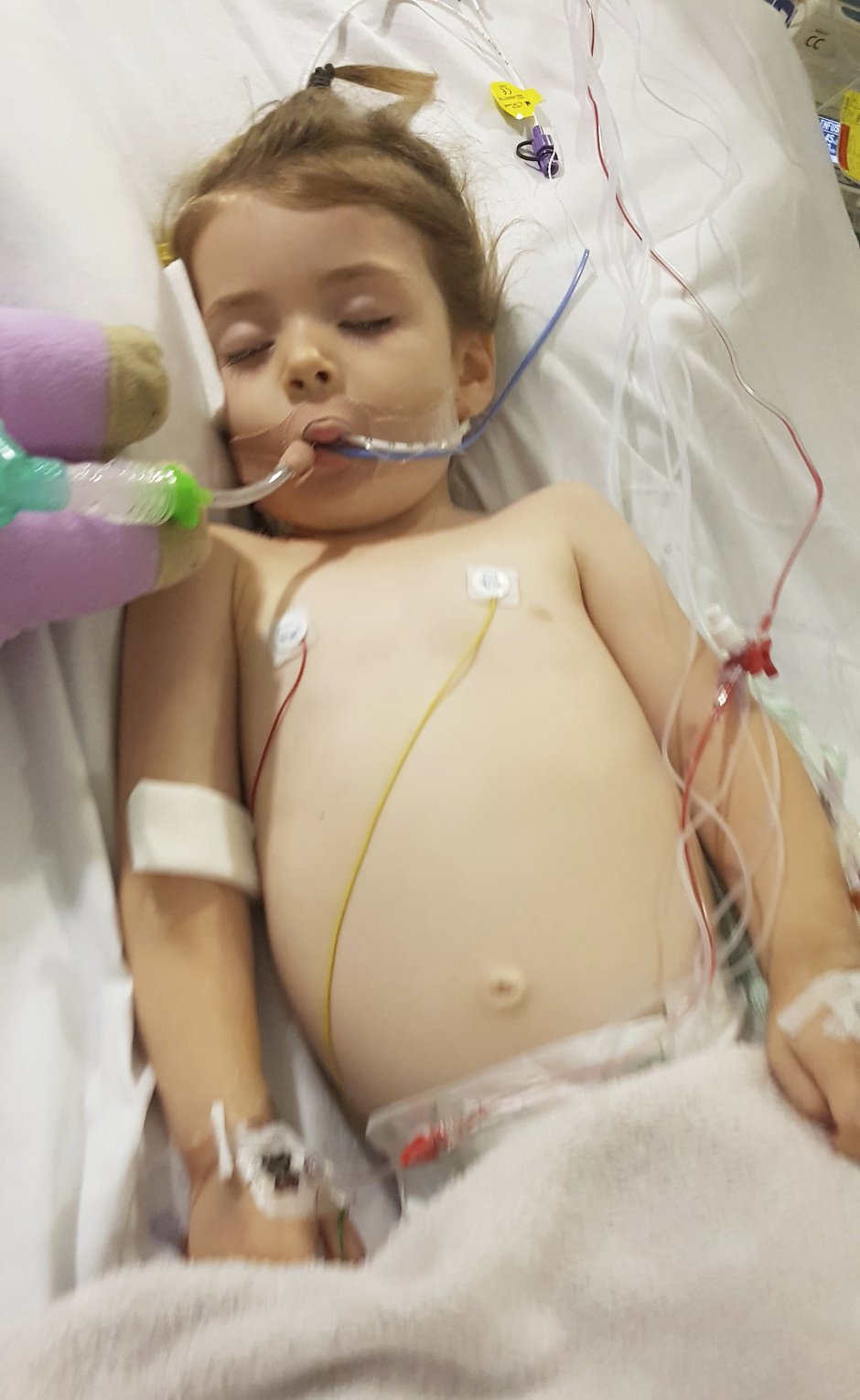 An MRI scan was carried out, which revealed that she had sustained severe brain trauma and damage. Katie had to make the difficult decision to terminate Allie’s life support following the advice from doctors.

Katie said: “In sharing Allie’s story, we want to make people more aware of the signs and symptoms of STEC HUS.

"I keep thinking that if I had known about the condition, then I would have probably taken Allie to hospital sooner and it wouldn’t have ended the way it did.

"Allie was such a beautiful, happy girl and we are all utterly heartbroken. We still can’t believe she is gone.

“Allie was an intelligent, beautiful and independent little lady.

"She was always giving kisses and cuddles at home, and always wanted to be sat on someone’s knee or to be picked up and carried around.

“Allie loved baking, playing with her dolls, playing nurse and she was always sticking plasters on us and our dogs.

"I bought her a nurse’s outfit and doctor’s bag full of equipment for her birthday but she never got to see them.

“There is now a massive hole in our home and our hearts. We all miss her dearly. She should not have died. She had so much to give.

“While nothing will bring her back, we need to know what caused her illness and if anything could have been done to prevent it.

“We all suffered gastric illness and there were a number of people complaining of being unwell during our stay at the hotel, but we didn’t anticipate how serious it could be.”

Public Health England is also currently investigating the matter, and an inquest has been opened to examine the circumstances surrounding Allie’s death.

Jatinder Paul, a Senior Associate Solicitor and specialist international serious injury lawyer at Irwin Mitchell representing the family, said: “Allie’s family are understandably heartbroken at the loss of their lovely little girl and are struggling to come to terms with what happened.

“Through our work we are sadly only too aware of the potentially devastating consequences of serious illnesses such as STEC and E.coli, particularly for children, which are only highlighted by Allie’s sad death.

“This is every parent’s worst nightmare and we are supporting Katie and her family through this difficult time and are now investigating how Allie contracted her illness.

“As part of our investigations, we are looking into the family’s stay at the Crystal Sunset Luxury Resort and Spa and if any issues are identified, we hope that measures will be taken to ensure this does not happen again.” 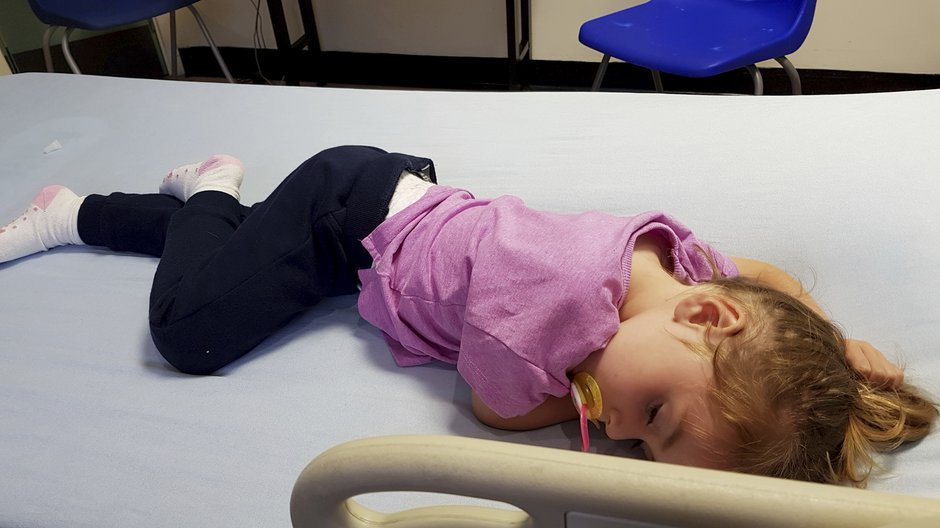 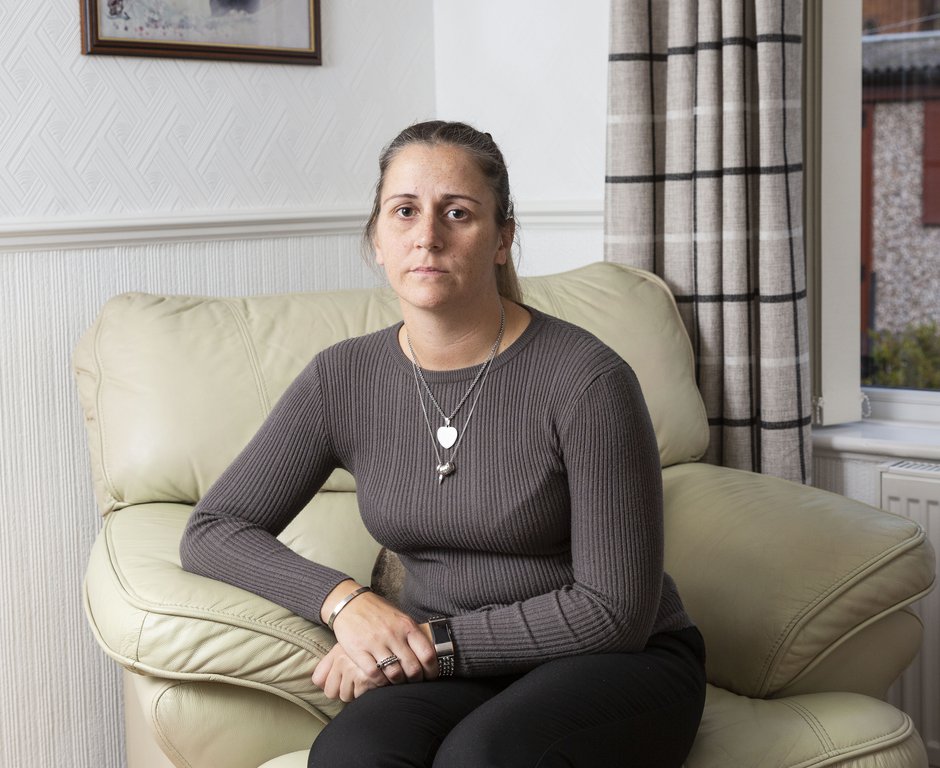 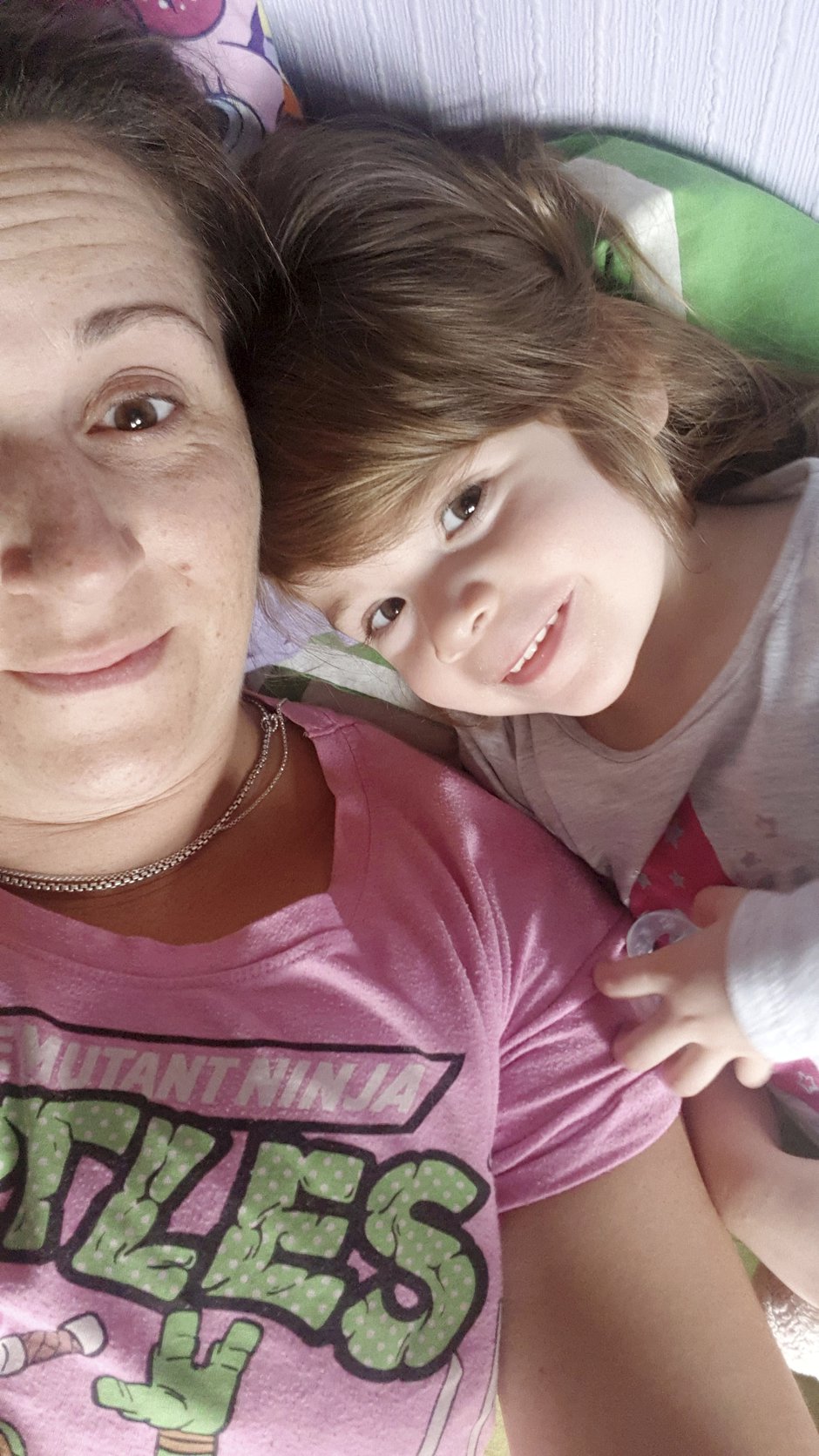 The couple, who both run their own window cleaning business, spent around £4,000 for the 10-day break.

Katie, 35, told how meals were served in a buffet style, with the family eating mostly English food.

Allie was eating chicken nuggets, mash and peas and chips, along with cereal and ice cream.

Katie said: "We all suffered, apart from Allie, from gastric problems while we were away.

"I was bedridden for a couple of days but the others weren't as bad as me.

"Allie was totally fine for the whole of the holiday, she had an absolutely brilliant holiday. She loved it.

"When Allie first got poorly we had no idea it would be linked to the holiday.

"We are hoping to get to the bottom of what caused this."

Today (TUES) it emerged that holidaymakers as far back as two years ago had claimed they found poo in the pool at the resort.

One woman said on TripAdvisor: "They also close [sic] the main pool because their [sic] was poo in the water we also seen [sic] someone change a baby's nappy then washed [sic] the baby's bottom in the pool."

The review was posted on September 8, 2017 and rated the resort as three out of five.

A spokesperson from Jet2.com said: “We are very sorry to hear about these tragic circumstances, and we would like to offer our heartfelt condolences to Ms. Dawson and her family at this very difficult time. As lawyers have been instructed, it would be inappropriate for us to make any further comment.”