Pensioner saved after sinking up to his NECK in manure

Brian Marshall, 75, found himself stuck in the massive pile of dung and sinking fast after wading in to rescue his pet 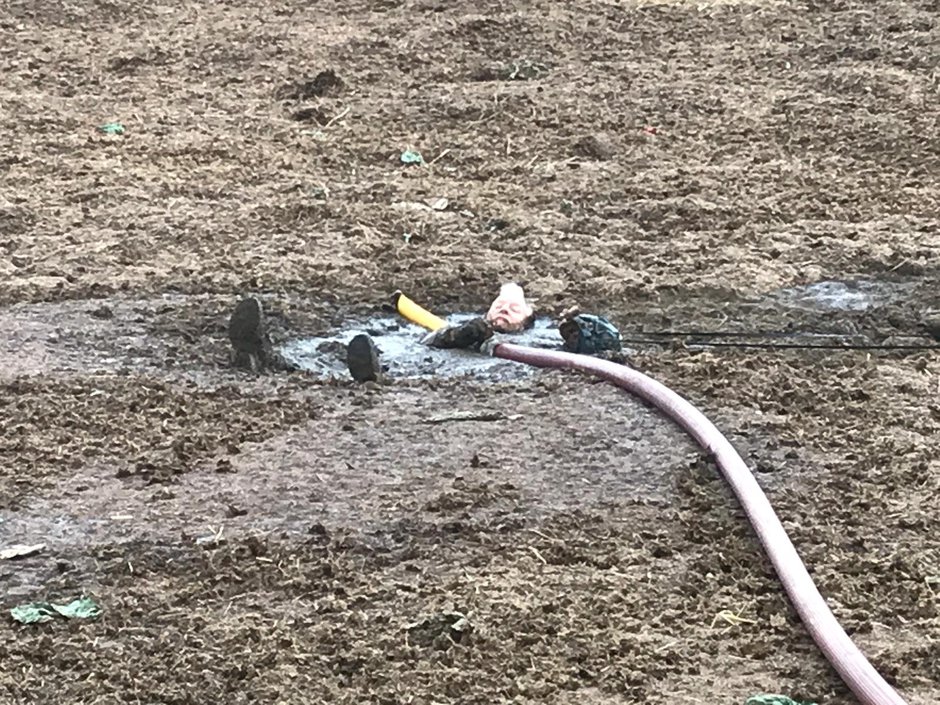 This is the moment firefighters saved a dog walker who was trying to rescue his pet and got stuck up to his neck - in MANURE.

Brian Marshall, 75, waded into the massive slurry pit to retrieve his Jack Russell Archie but soon found himself sinking.

Luckily his desperate calls for help were answered by fellow dog owner Matt Hollick, who heard faint calls as he left a nearby veterinary clinic.

He raised the alarm and firefighters arrived just as Brian's head began to sink into the stinking pile of waste.

“I’d given up trying to get out on my own," said Brian. "I felt like I was digging my own grave.

“I was gradually giving up and didn’t think I was going to make it.”

The drama began as Brian enjoyed a walk near Upper Caldecote, Beds., on Sunday (17/02) with Archie and his other dog Bella.

He said he had no choice but to go in after his pet.

“Using the Duke of Edinburgh’s words, 'I had been a bloody fool, and there was no one but me to blame'," he said.

"However to see the death by drowning of your loyal and trusted pet dog in front of your very eyes was not an option for me."

Trapped in the sludge, he began shouting for help and the wind carried his voice towards nearby Elizabeth Smith Veterinary Practice.

Luckily Mr Hollick heard his pleas as he loaded his dog into his car after an appointment.

Writing on social media, he said: "It's not everyday you take your dog to the vets as it ate raisins, to emerge having saved a guy's life in a farmers field.

"I was placing the dog in the car and taking after care advice with the vet.

"I could hear a faint cry for help which was being carried on the wind which was blowing in my direction.

"Three more calls of help later and I took off to investigate.

"I was greeted by an enormous muck slurry pit with a man stuck in the middle and sinking below the surface.

"I provided some initial advice to stabilise his position and used his dog leads and dog to reduce his decline." 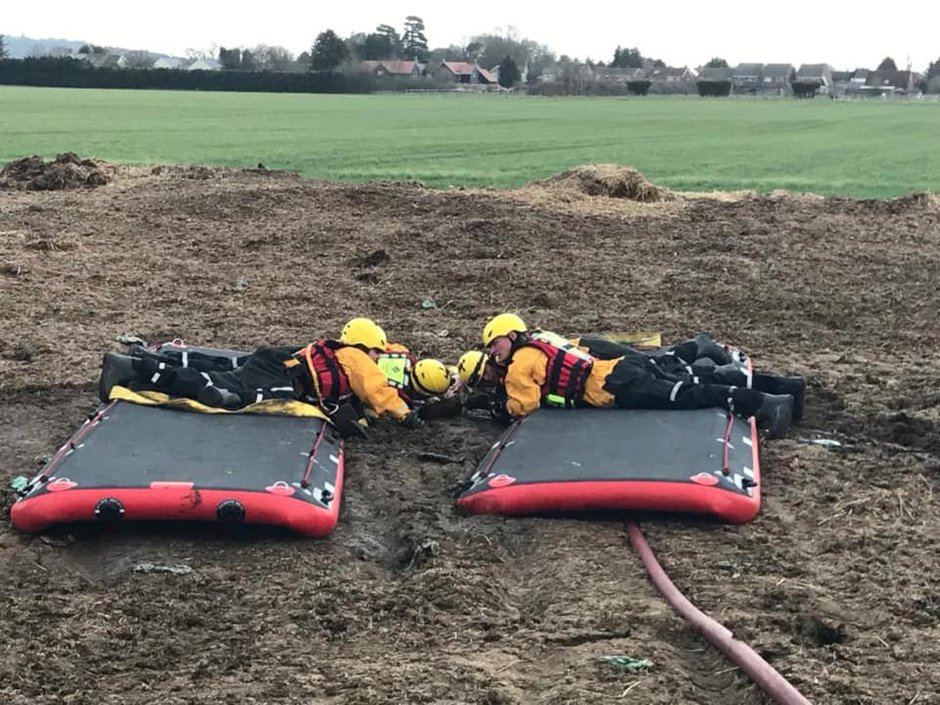 Brian had been stuck for nearly an hour by the time crews from Sandy and Kempston Community Fire Stations and HART Ambulance reached him.

They used an inflatable hose, inflatable rescue paths and dry suits to pull him out of the pit.

He was then rushed to Bedford Hospital to be treated for hypothermia.

Brian from Ickwell, Beds., is full of praise for the actions of Mr Hollick.

“He masterminded it all," he said. "He called the emergency services and as I was sinking fast he told me to keep my arms up.

"The more I moved the worse it became."

“The fire crews were absolutely awesome. They went into the muck themselves to put a hoist round me.

“I and our two dogs Bella and Archie are so fortunate to all be alive and well.

"The Bedfordshire and Luton Fire and Rescue Service, the Ambulance crew, Bedford Hospital A&E, the police and so many others who were involved.

"Thank you one and all and for those who have phoned and sent messages. It is quite overwhelming.

“Thank you all so very much. Humanity can be very cruel at times but on this occasion nothing but kindness can be described.

"My long suffering wife Christine is busy manuring the garden as she sorts out all my clothes.”

A neighbouring farmer, Simon Maudlin, who had been called by the residents of nearby houses after hearing the cries, said: “Brian Marshall was a very lucky man.

"The wind carried his voice across a large open field towards Elizabeth Smiths Vets and the residential property.

"No wonder the area is called Windy ridge and it carried his voice of distress towards the buildings.”

A spokeswoman for the fire service said: "If you ever find yourself in a position where a pet or other animal is caught in water, mud or in this case a muck heap - please call 999 immediately for advice before getting yourself in to a situation where you are unable to tell emergency services where you are or more seriously putting your life in danger." 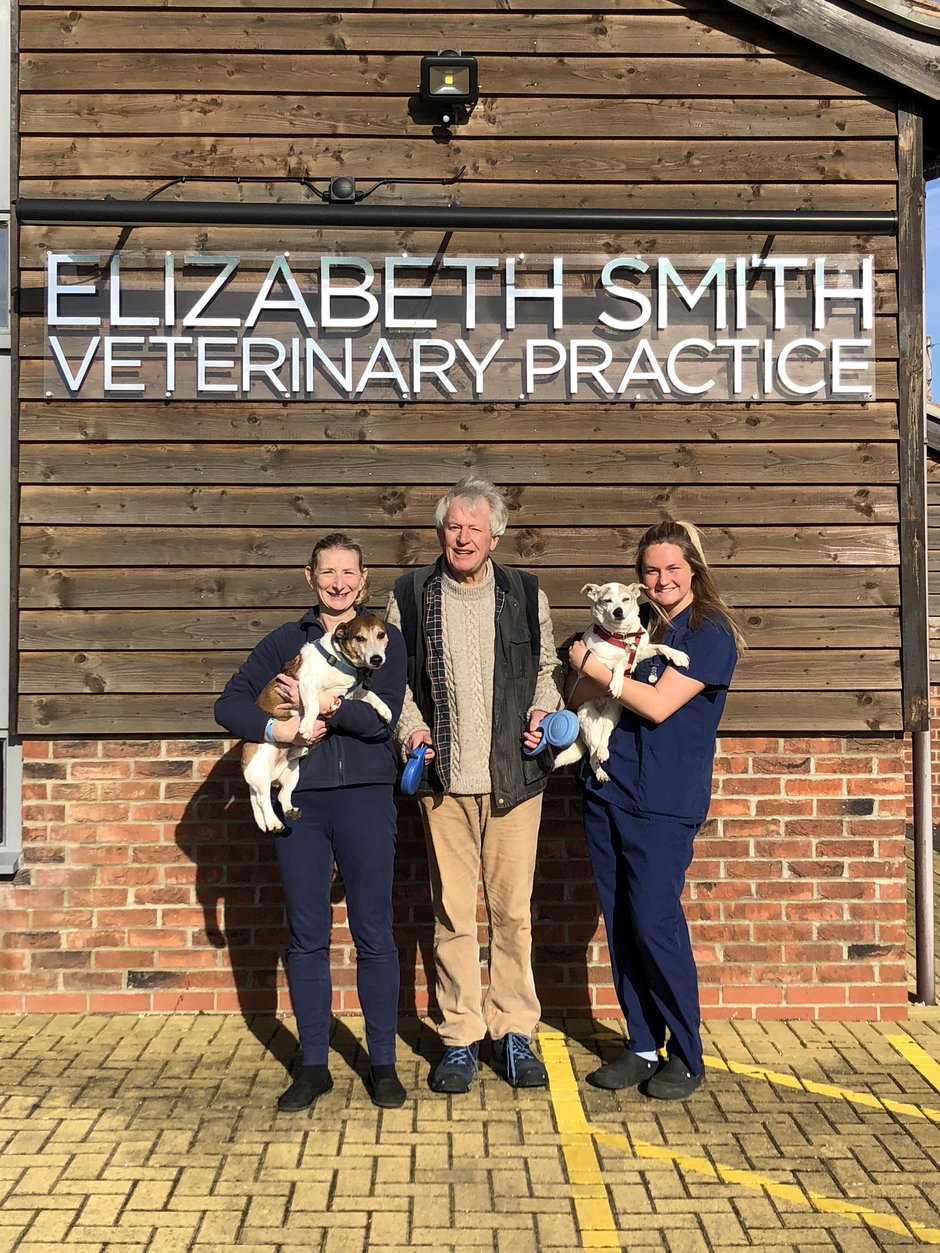 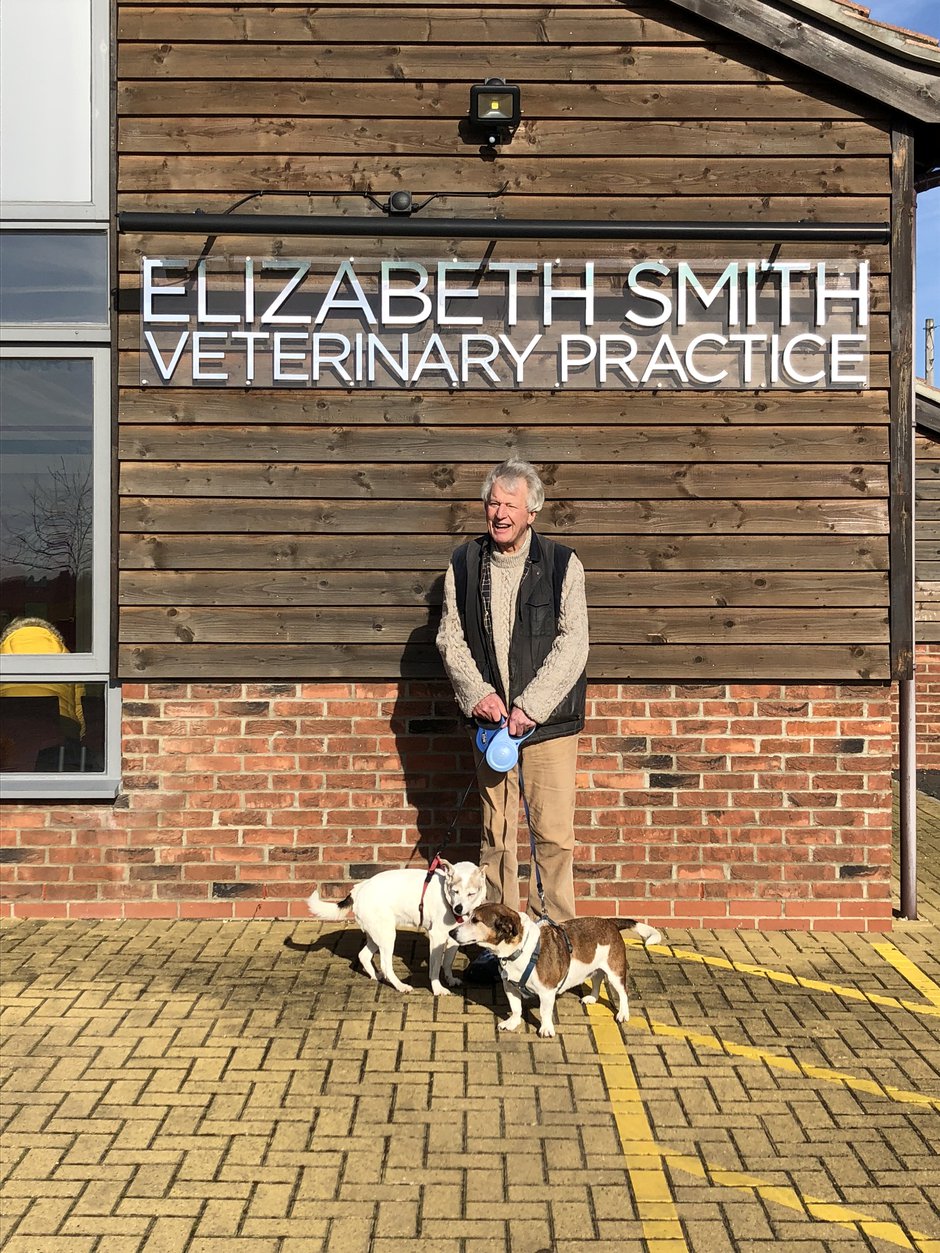 Speaking today (wed), Brian Marshall said it was his 16-year-old white Jack Russell Bella who had got stuck in the slurry, while Archie watched on.

The former owner of a horticultural business and his 68-year-old wife Christine have owned Bella since she was a newborn puppy.

Asked what his wife said when she heard of the incident, Brian replied: "She said, 'Where's that lovely jumper that I knitted you?'

"She had knitted me this lovely blue jumper and they [the rescuers] had to cut it off me."

Describing the ordeal, he said: "I don't know how Bella go in that far but she just did. I looked round and she was howling her eyes out.

"I couldn't bear to see her drown. It was a silly thing to do. It was mad.

"I went in upright. I was getting further and further into the muck but in the process of pulling her out, it sent me onto my back."

He added: "I will live to fight another day when I thought there would be an early funeral round a manure heap."