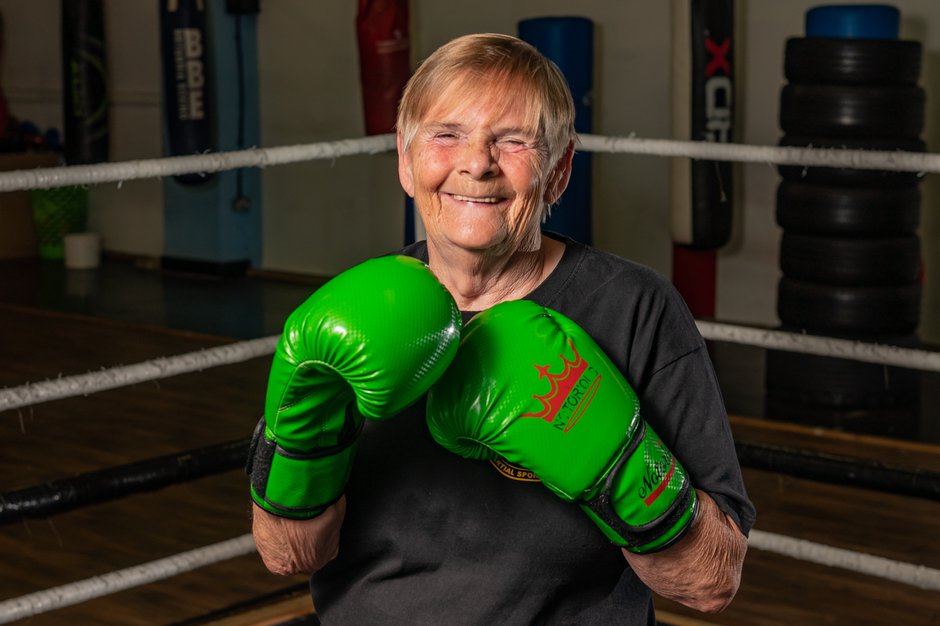 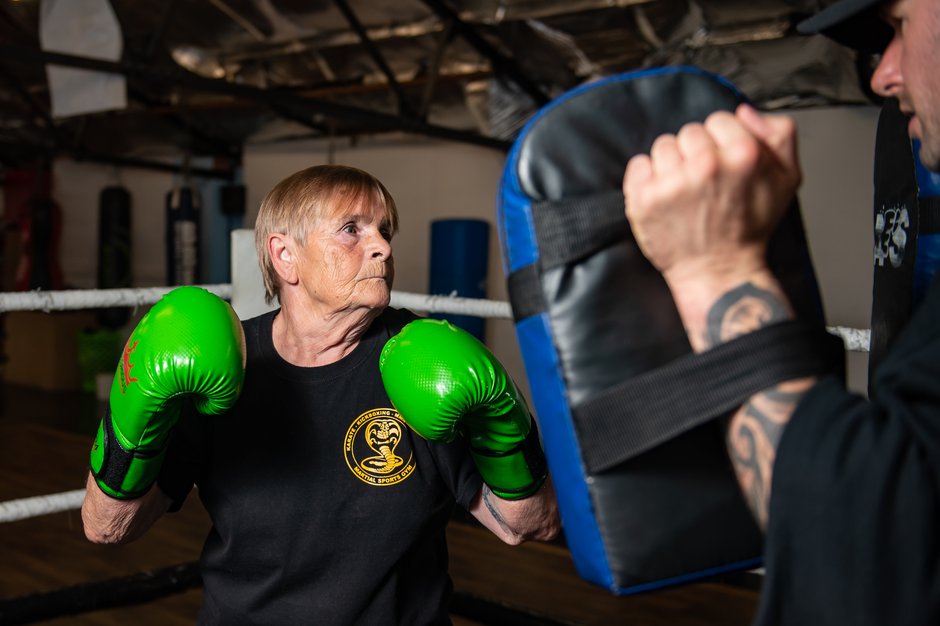 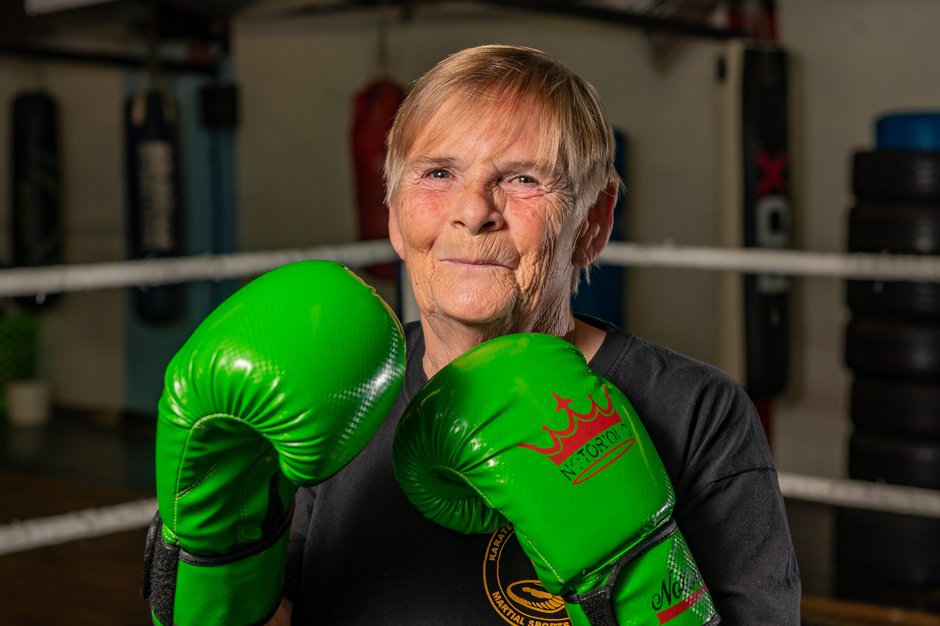 Jean McKenzie Baldwin has had two knee replacements and suffers from arthritis but
her coach says she goes into “beast mode” in the ring.

The Scots-born gran is now preparing for her first bout when she takes on a woman 16 years her junior in a charity match next month.

She said: “I can’t explain how good it makes you feel. It’s so invigorating.

“Even though I’m full of arthritis I feel absolutely great.”

Jean, from Smisby, Derbys., took up the sport in a bid to combat her grief after her husband Peter died in 2013 aged 76.

“It took me quite a few years to get my confidence back.

“My son suggested I take up a sport and I went along to a gym nearby and saw these people kickboxing and I just thought ‘why not give it a try’.”

Jean, who has three grandchildren, now works out three to four times a week at a kickboxing gym in nearby Swadlincote, Derbys. 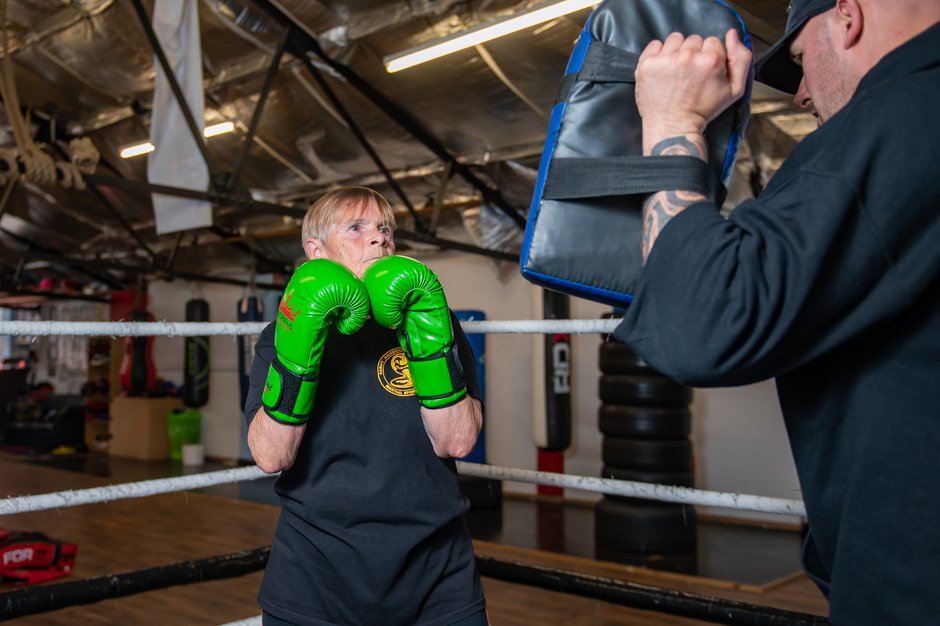 She added: “My husband was one in a million and would certainly have approved of me getting in the ring. I would have said: ‘Good on you, girl. Go for it’.

“The grieving never really stops, but you’ve just to get out there. Stop sitting in the house all day long.

“Even though you have got all the wrinkles and grey hair, you will feel 20 years younger when I’m in the ring. I'm called The Beast which I think is hilarious.

“I’ve got my first bout coming up, it’s just for charity but I’m taking it very seriously.

“I’m going to go up against a woman in her 60s and I’m determined that I’m going to be the one that’s going to come out of it.

“It’s about speed and accuracy and watching out for your opponent’s weaknesses while defending yourself from kicks.

“I become totally focused in the ring and I just give it my all. It’s a wonderful feeling.

“I get my energy from willpower and more than anything pride.”

Her coach, Jamie Fearn, who co-owns Martial Sports Gym, said: “I say she goes into ‘Beast Mode’ She's so nice, but she does not stop.

Jean McKenzie Baldwin will be 77 when she fights her first competitive match early next year.

Her coach Jamie Kearn said: "I am a qualified referee so the match will be official but it will be more like an upscaled sparring match at the gym.

"As far as I am aware Jean is the oldest kickboxer training in the country and she will 77 by the time she steps into the ring."