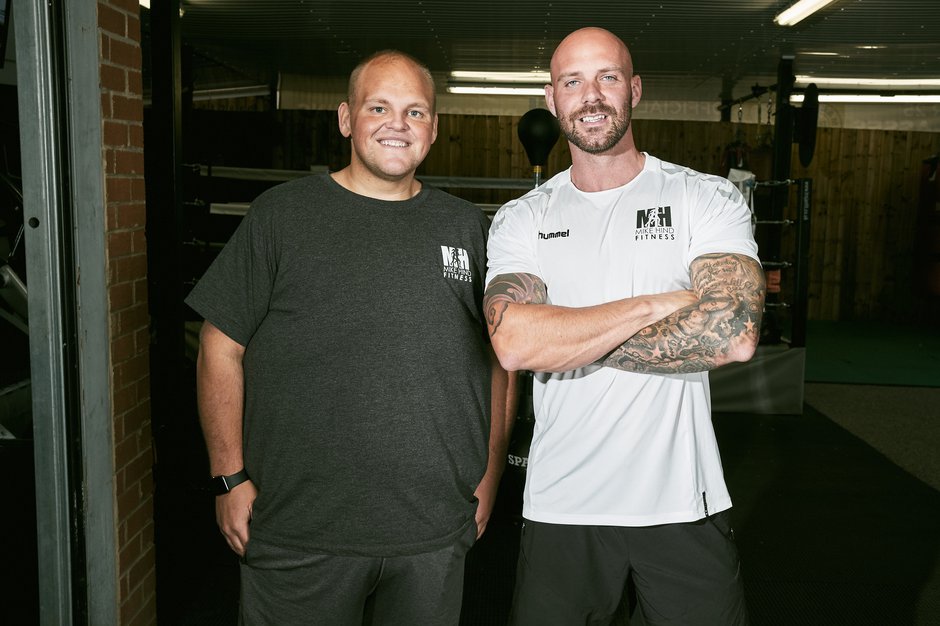 An overweight man once 'banned' from takeaways in his hometown has lost a staggering 20 STONE in a year.

Darren 'Dibsy' McClintock embarked on the epic weight loss journey last October after doctors warned he was "eating himself to death".

In the months since Dibsy, who clocked in at a sizeable 40 stone at his heaviest, has lost half his entire body weight - the equivalent of hulking Hollywood superstar Arnold Schwarzenegger.

This time last year he couldn't walk up the stairs, wear a seat belt, fit in the bath or travel on public transport.

But since turning his life around the 28-year-old has competed in the Great North Run, fought in a charity boxing match and climbed Ben Nevis.

Six weeks ago he went 'official' with a new girlfriend, who he met after receiving messages of support over Facebook.

Dibsy said: "When I look back over the last year and what I have achieved I'm very proud of myself.

"Both physically and mentally I'm in the best place I have ever been, I'm really happy.

"Twelve months ago I had given up on life and thought there was no way back from the weight I had reached.

"Now I'm living the best life I can, it's amazing."

Much of the Middlesborough man's astounding success is down to personal trainer Mike Hind, who has been with Dibsy every step of the way.

They hit the headlines last year when Mike handed out flyers at local fast-food stops with a picture of Dibsy saying 'do not serve'.

It was then Mike set the ultra ambitious goal for Dibsy to lose 20 stone in the space of a year, which he achieved last week with seven days to spare.

Dibsy said: "The last year has been absolutely brutal and a massive challenge.

"There have been lots of really difficult moments and times when I've not wanted to get out of bed in the morning.

"Mike has been there pushing me the whole way though, he's been absolutely incredible."

He added: "When I saw I'd reached my target weight it was a huge relief and a big weight off my shoulders, literally. 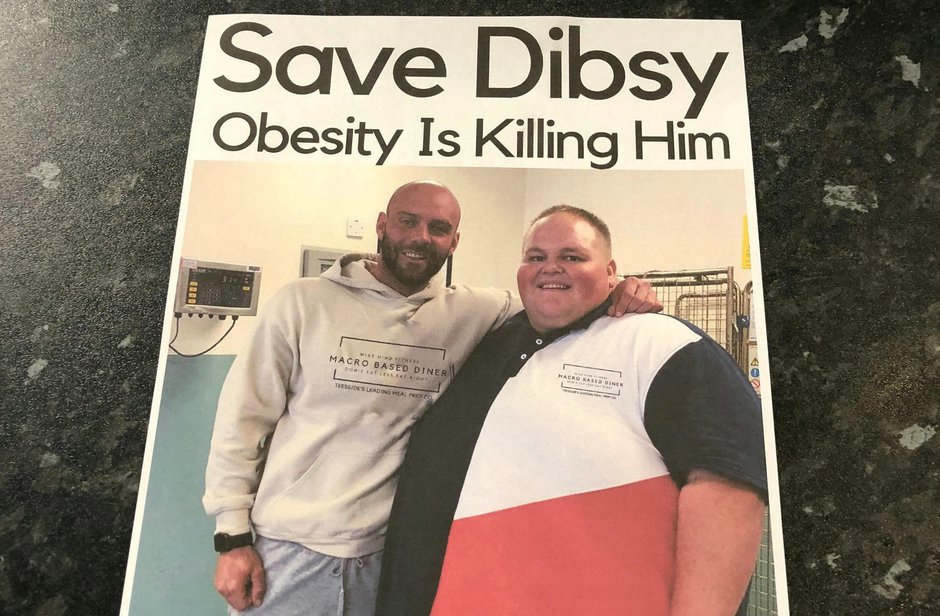 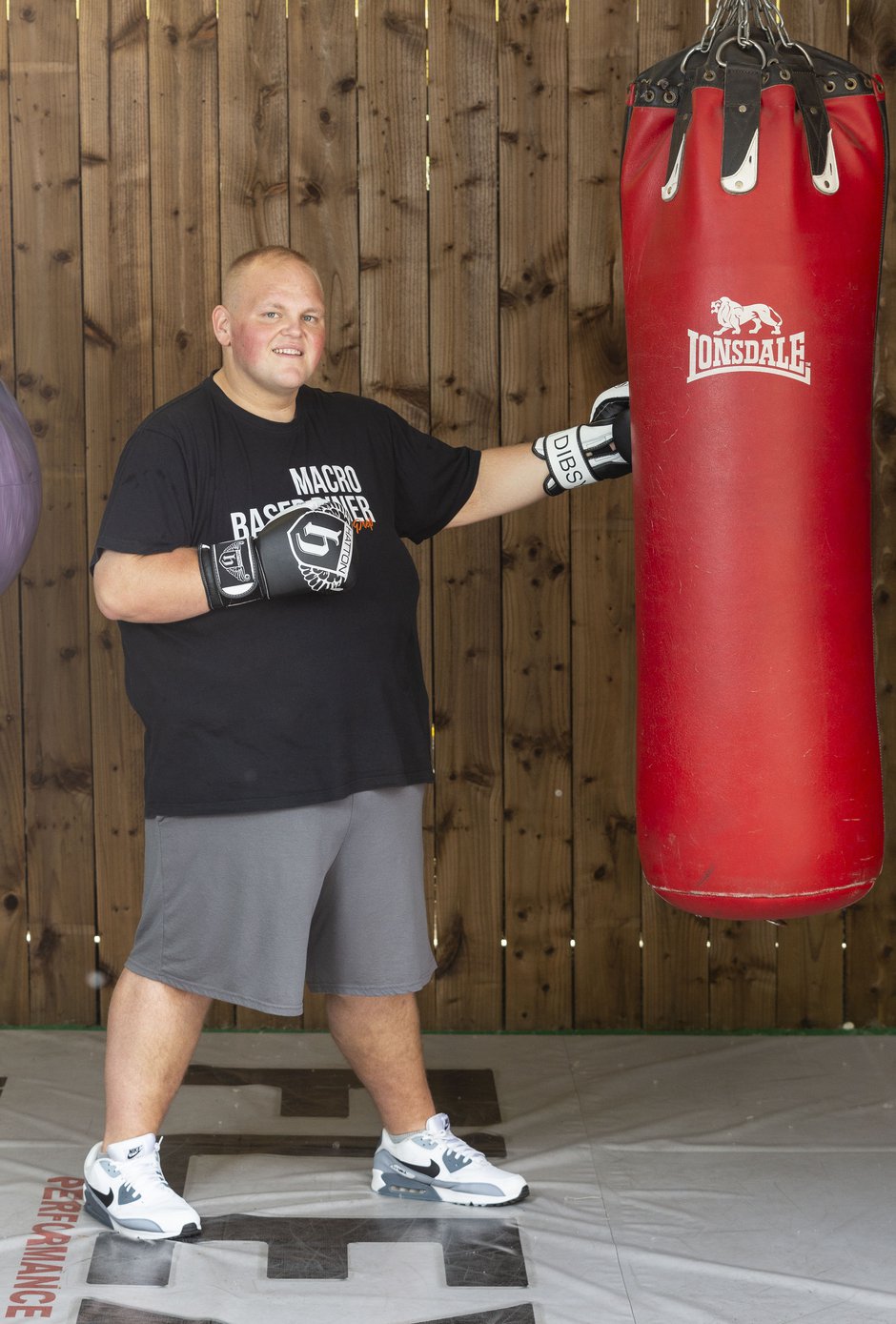 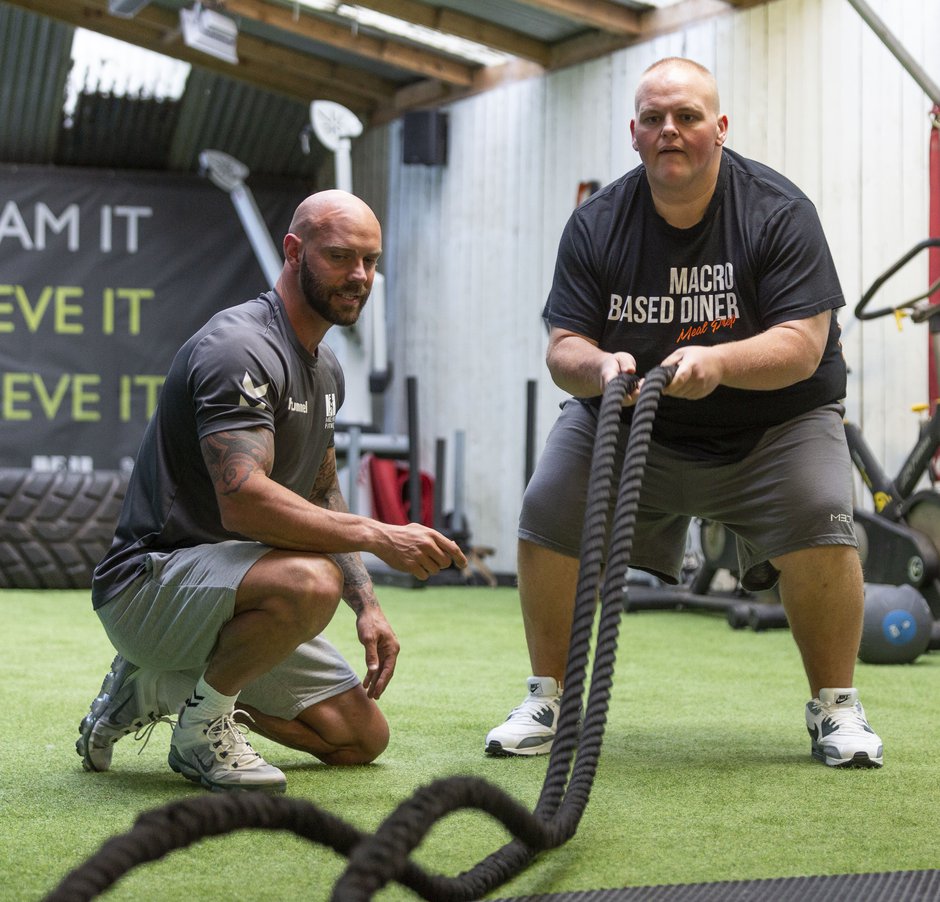 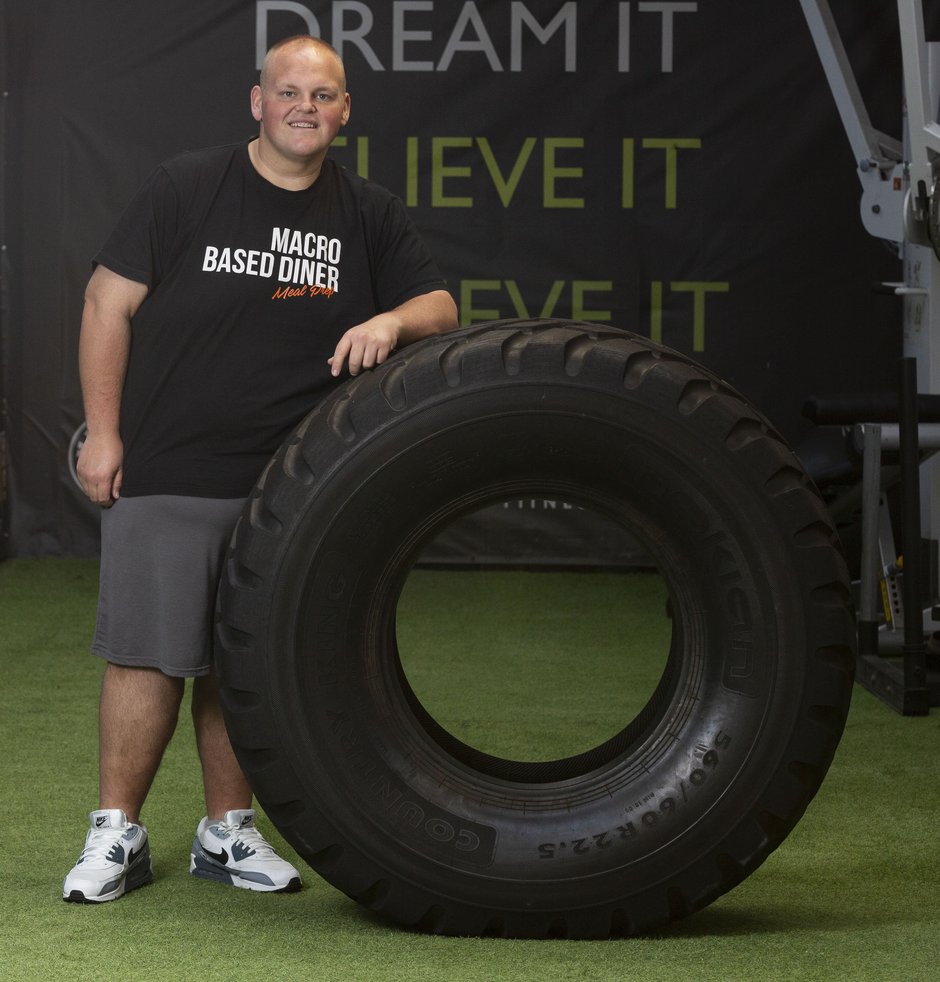 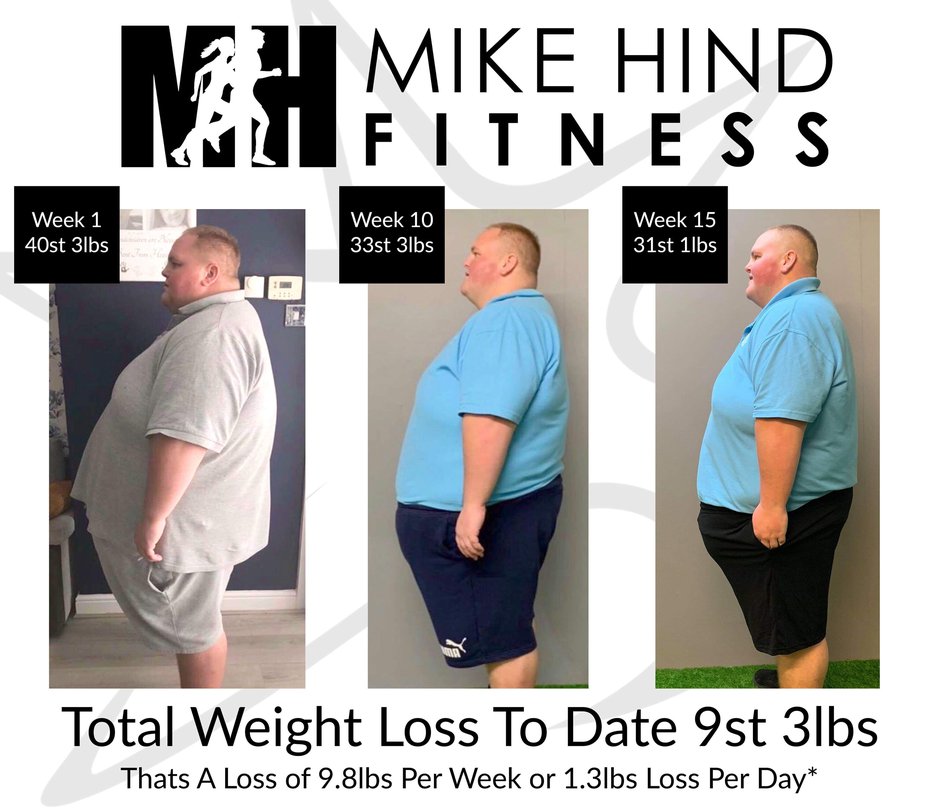 "After working so hard for an entire year it felt great to achieve the goal we had set."

Mike, who runs Mas Body Gym and healthy eating company Macro Based Diner, has provided his expert services to Dibsy free of charge.

The personal trainer has given his prize client up to three one-on-one private sessions per day as well as supplying all his food.

Mike estimates Dibsy's services would have cost a paying customer more than £50,000.

Dibsy said a year ago his day would have started with a full English breakfast before having a pasty and pie with a fizzy drink for lunch.

At dinner time he would have gorged on fish and chips or an Indian takeaway with a large bottle of pop followed by ice cream.

In total he was taking in around 11,000 calories a day, which is enough for a family of six, according to health expert Mike.

Nowadays Dibsy will start his morning with overnight oats before having pasta and vegetables for lunch.

A typical dinner is barbecue chicken with rice.

Mike, who has won two National Fitness Awards, ensures his client takes in around 3,000 calories every day but that he burns up to 1,500 more.

The personal trainer said: "I'm so pleased that we've achieved our goal, I'm like a proud dad.

"Now I want other people to follow Dibsy's lead, that's the message of all this.

"People who think there's no hope should look at Dibsy and realise there is, you can make the same changes."

He added: "But there's no magical pill that will make it happen, it comes down to making the right decisions."

Despite all his achievements this year Dibsy says his greatest one is making his mum, who was scared her son would die, proud.

He said: "The best thing about my weight loss is that it's put a smile on my mum's face.

"She used to worry about me so much and now she doesn't have to, which makes both of us really happy."

He's also over the moon to have started a relationship with girlfriend Jade.

"She's really supportive of my weight loss and she goes to the gym as well, so we have that in common.

"It's really nice to have her in my life."

The next step for Dibsy is undergoing three surgeries to have the excess skin which has been left as a result of the weight loss removed.

He has been signed off by doctors and is hoping to go under knife for the first time in December. 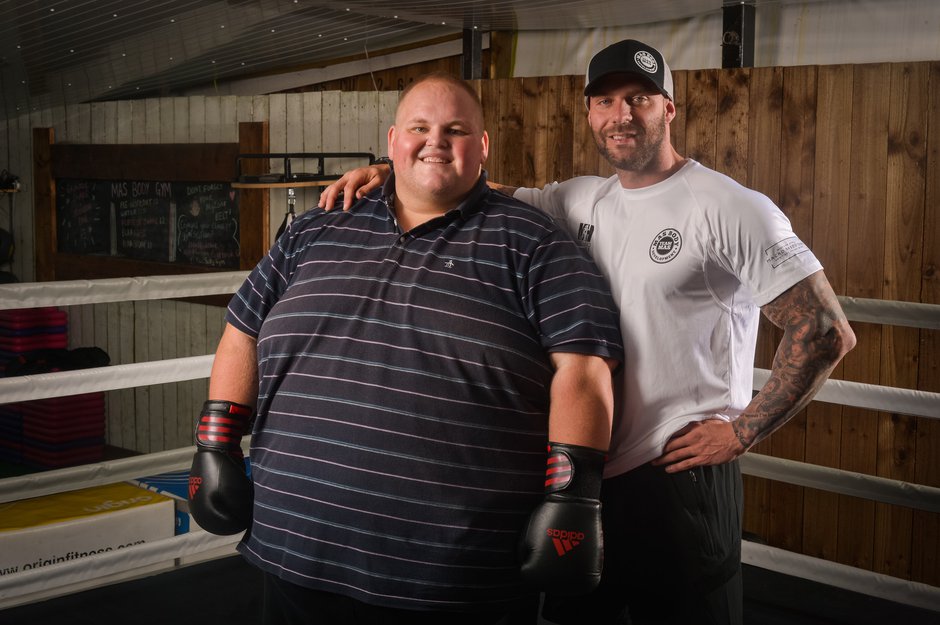 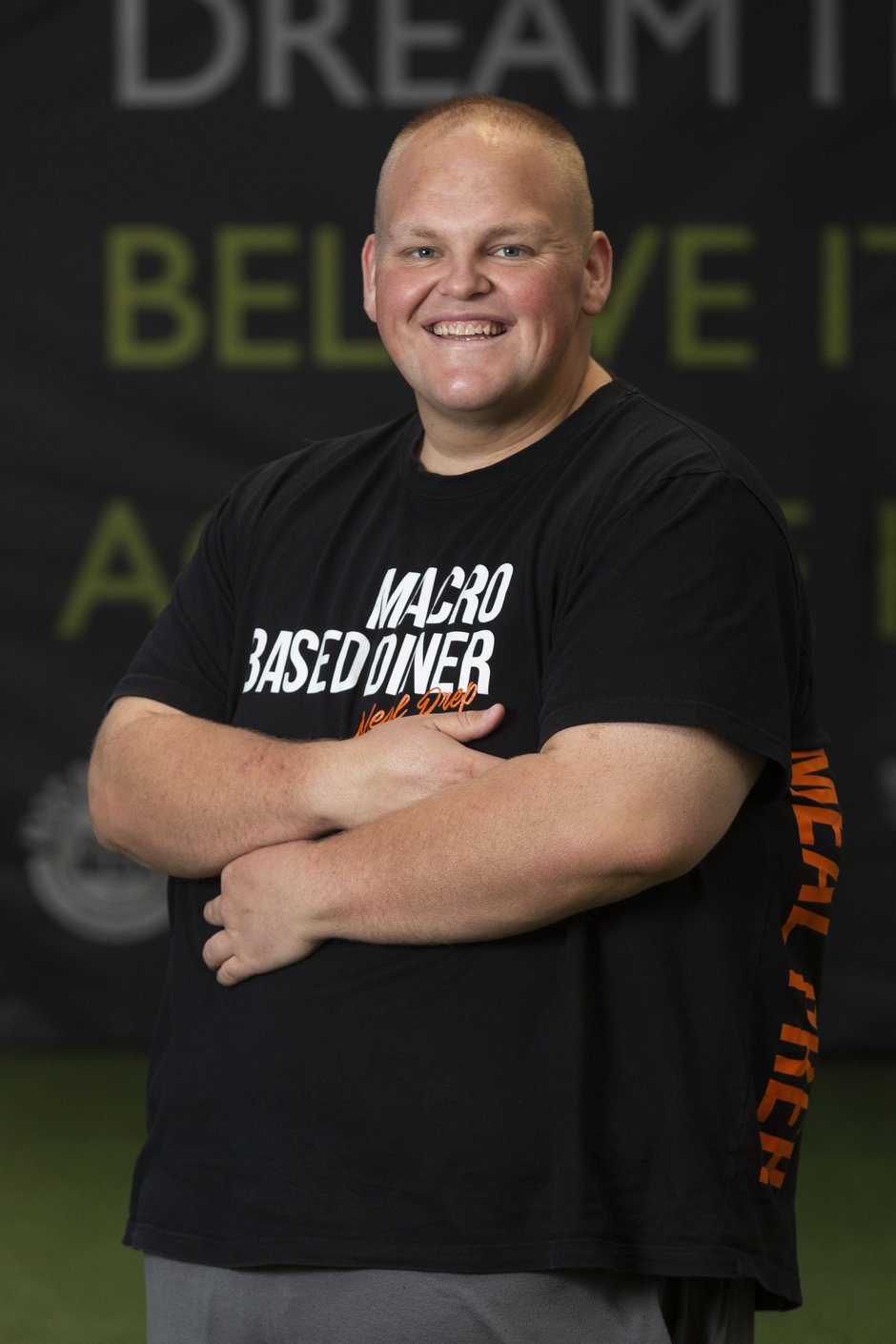