The silly siblings had decided to get creative with the nappy rash cream, much to their mum's dismay 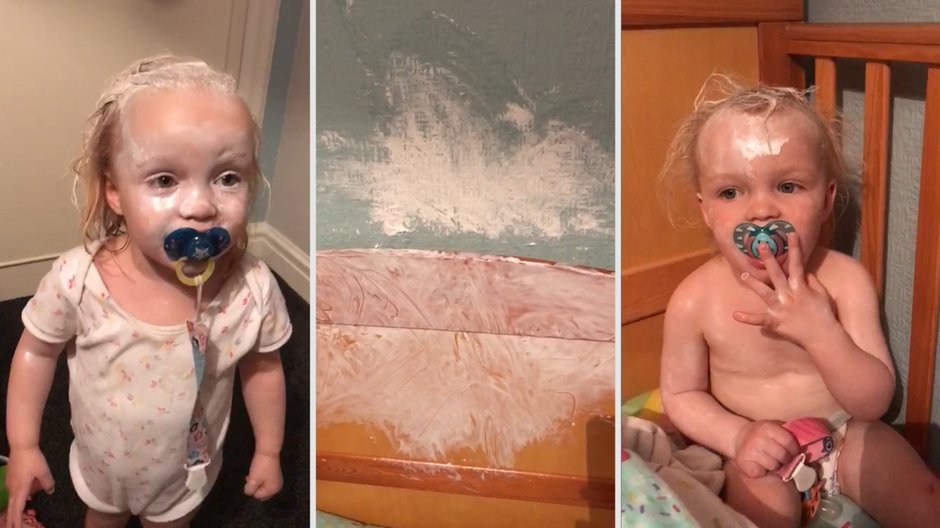 This is the moment a mum discovered her adorable triplet toddlers had decided to decorate themselves and their bedroom -- with a massive tub of nappy rash cream.

Lyndsey Birrell Palmer, 35, thought two-year-olds Indi, Ella and Lexi were having a nap until she heard them moving around in their room.

But teacher Lyndsey was shocked when she opened their bedroom door and found they had got their little hands on a tub of Sudocrem.

The cheeky trio had smeared it all over themselves - paying special attention to their hair - and also their bedroom furniture and walls.

Lyndsey couldn't help but laugh and called her wife Lesley, 34, in to witness the carnage and took a funny video of the carnage on the 22nd of September.

The mum from King's Park, Glasgow, said: "The girls were napping for about an hour, and then I heard them moving about the room, which wasn't unusual as they normally do this when they woke up.

"I said to my wife that I would go upstairs and bring them down to the living room now that they were awake.

"As I entered the room, the first thing that I thought was 'that's a funny smell' and as you can imagine, it's not always a nice smell with triplets at this age.

"I popped the light on to see Lexi with a huge grin on her face and white Sudocrem all over her.

"It was only then that I saw the full extent of the drama, and my first thought was 'oh my God, it's EVERYWHERE!'

"I quickly shouted to my wife to bring my phone and come see, and we both burst into laughter. 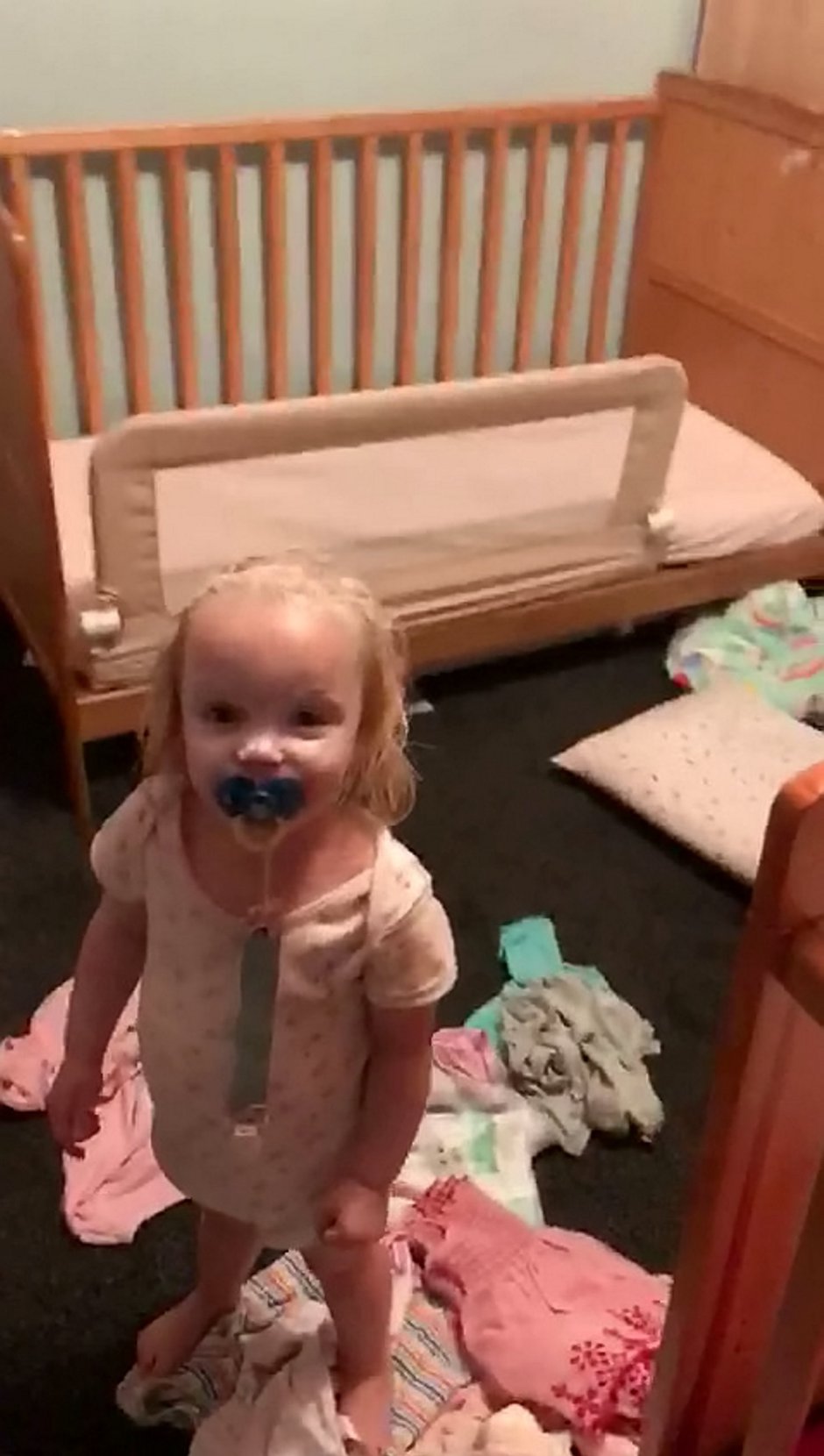 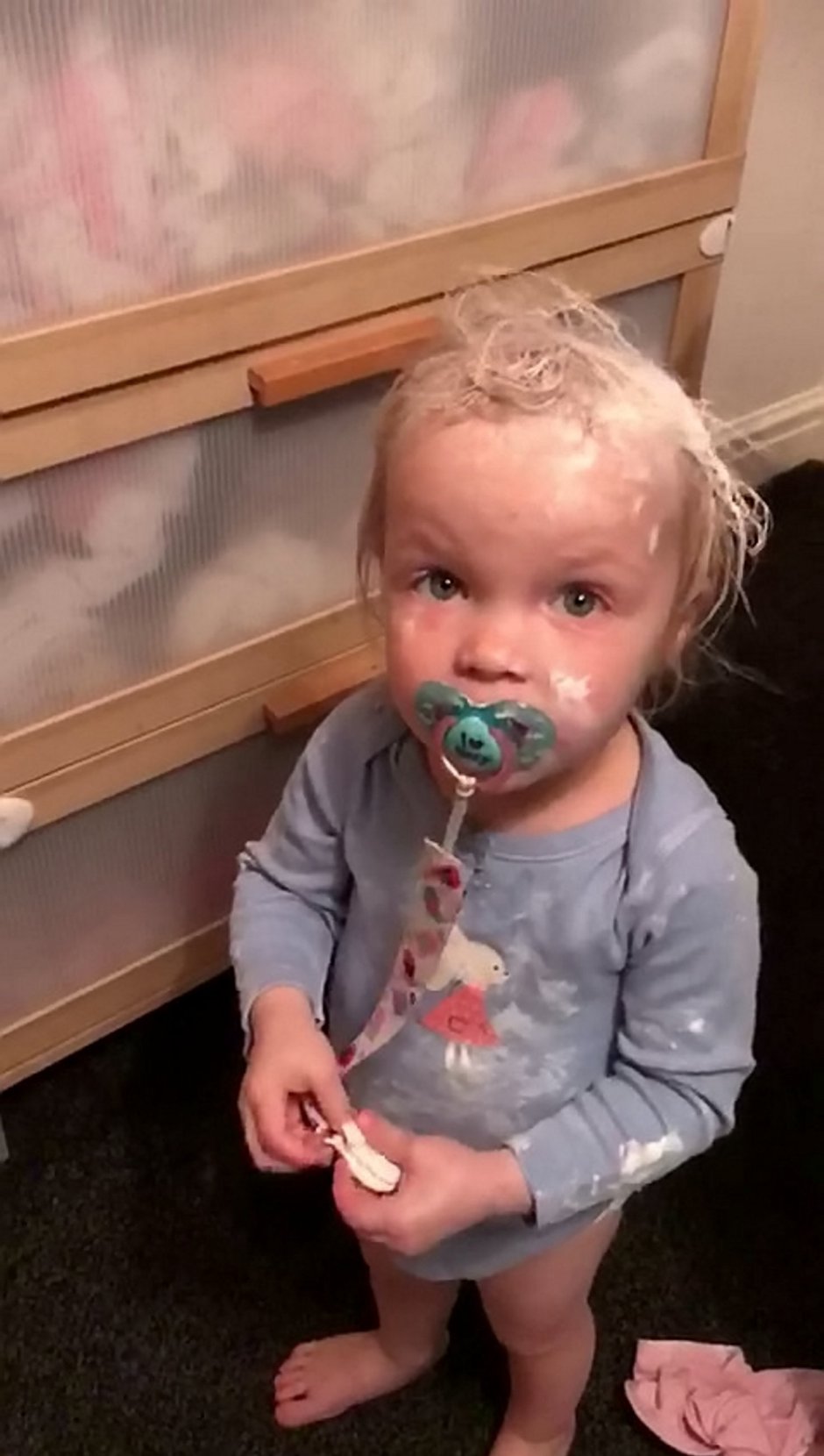 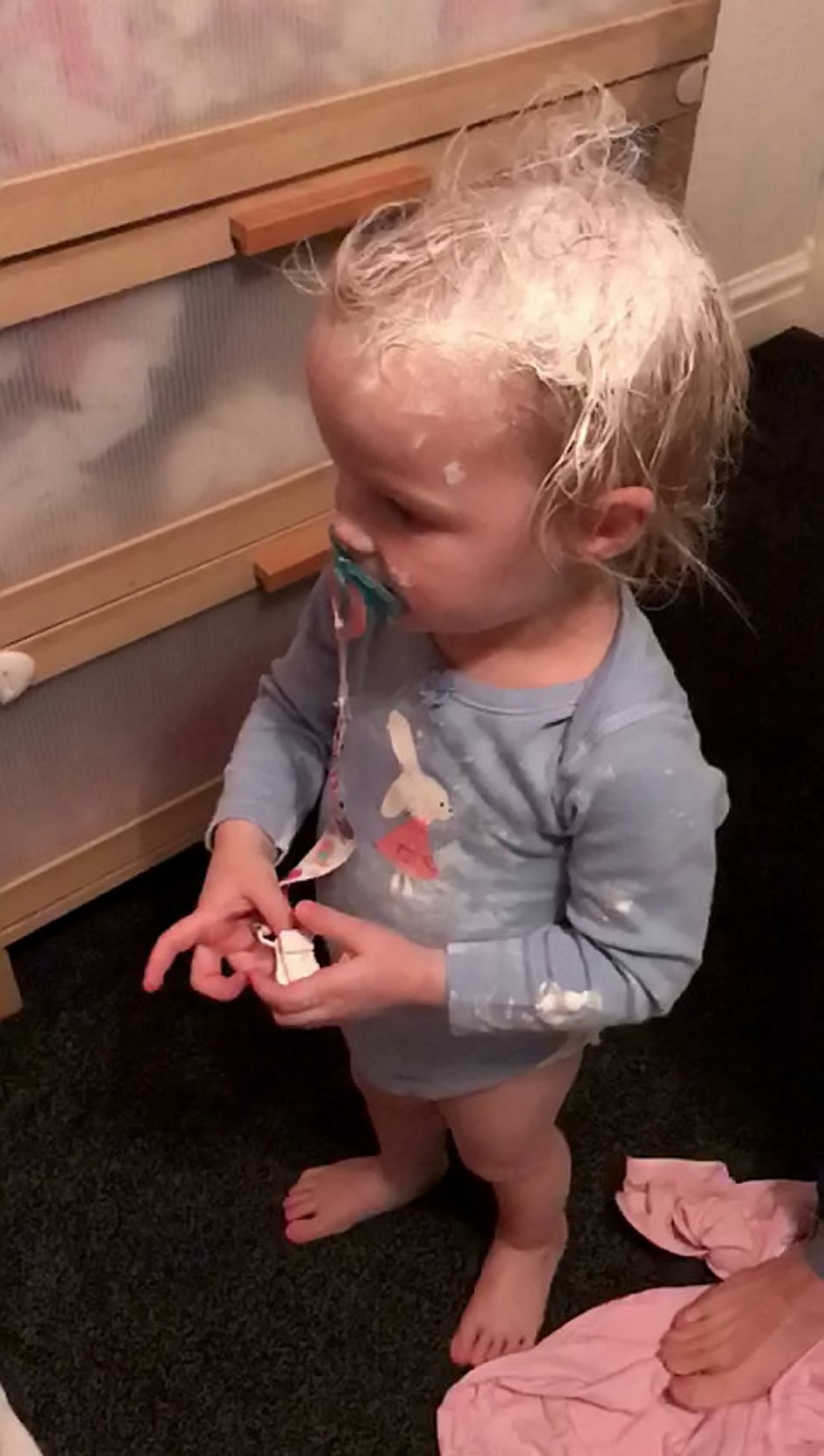 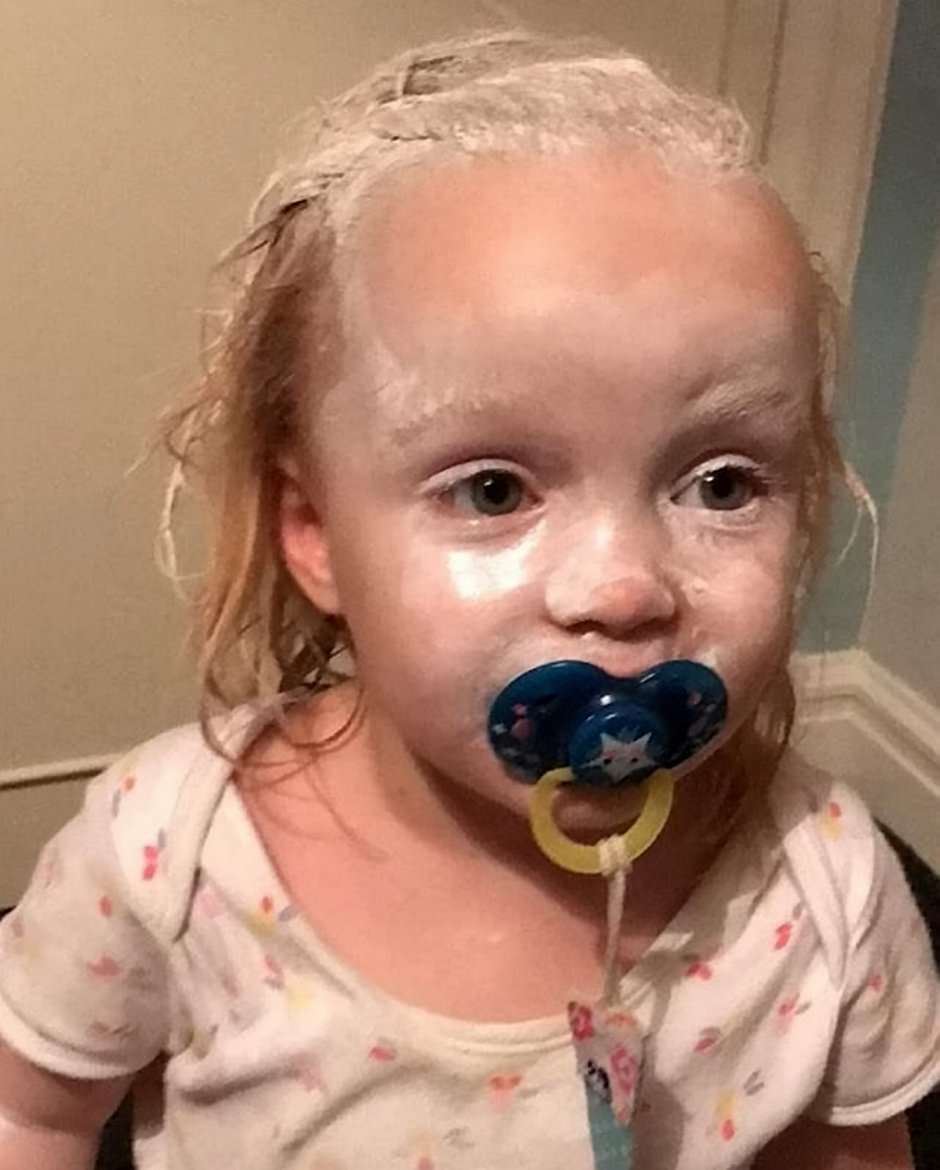 Looking after the triplets as well was their son Lewie, four, Lyndsey and Lesley are no strangers to mischievous children.

The married pair always find the funny side to their children's cheeky actions.

Lyndsey said: "The girls are always being cheeky - triplets are a handful, especially at the age they are now!

"They're always putting their pants on over their trousers, and taking their shoes and socks off in the car.

"I have to spend time at the end of every car journey putting them all back on because when one does it, then all of them have to do it!

"They've opened their drawers and pulled all of their clothes out onto the floor so many times that we have now had to duct tape them shut.

"With the Sudocrem incident, the girls are still a bit too young to realise what happened, and Lesley and I were just stood laughing at the mess.

"If they got their hands on another tub, I could guarantee the same thing would happen again!" 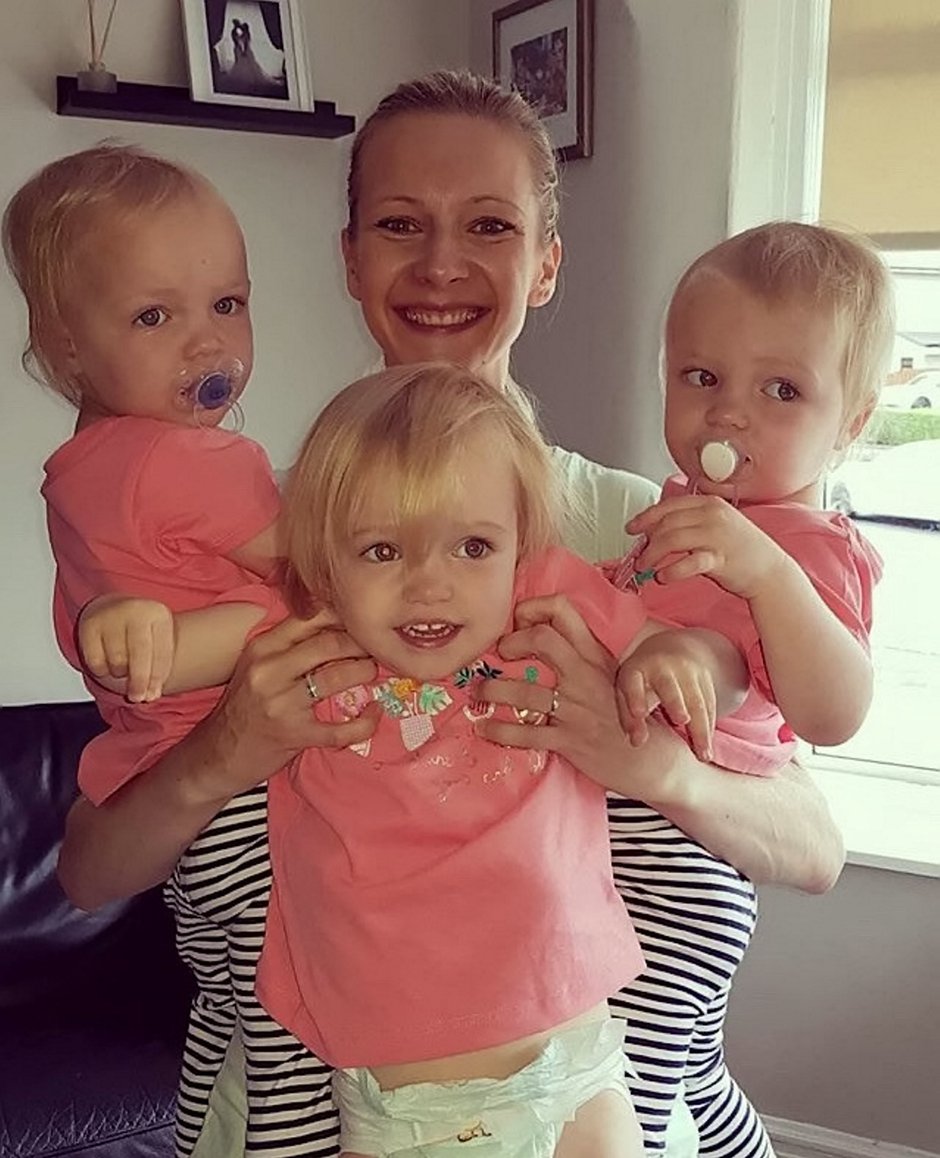