Katie Papilio, 49, met Beth Davis, 55, exactly when they both needed it 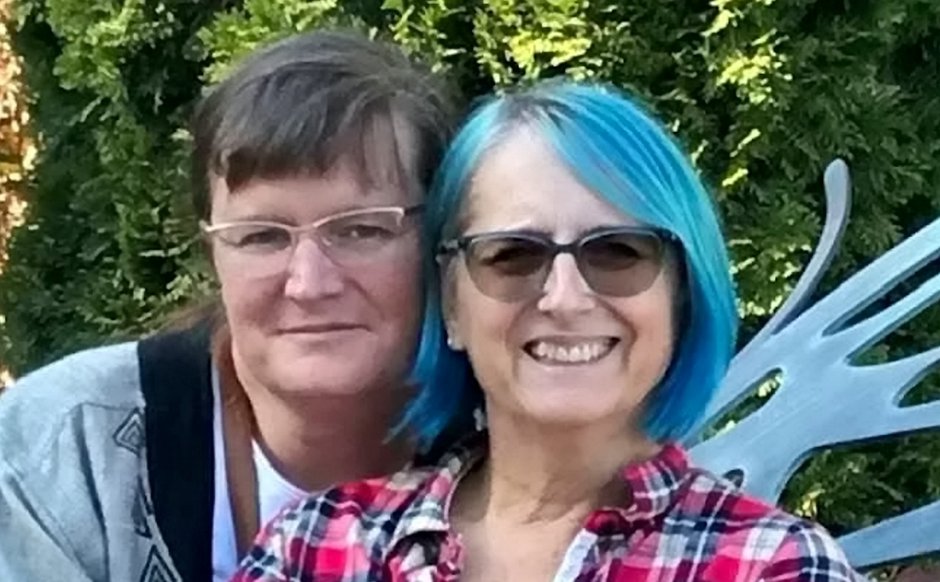 A widower transitioned to become a woman after the death of his wife - and is now set to wed his son's female school teacher.

Joel Stottlemire, 49, found the courage to be the person 'he always knew he was' after his wife of five years, Minxi Liu, 41, died of metastatic breast cancer.

Before her death, Minxi supported his decision and helped her then-husband Joel make the transition to become Katie Papilio.

The couple had one child together, Lucas, aged five, who now knows his 'dad' as Katie - and can't remember her ever being a man.

But amidst the transition and grief, Katie never expected to find love again.

Whilst dropping Lucas at school, she was called over by her son's teacher, Beth Davis, 55, and the pair bonded through sharing stories about grief whilst organising playdates for their kids.

Beth had also been grieving after losing her husband Rhon Davis, 58, to a heart attack - just six months before Katie's wife died.

Within a few months, Katie and Beth became more than just friends as romance blossomed.

They went official with their relationship in August, 2019 - much to Lucas' delight - and got engaged in October 2019.

Katie, an author, from Topeka, Kansas, USA, said: "I wasn't looking for anything, but Beth showed up right when I needed her.

"Losing my wife was so hard - and navigating single parenthood was tricky too - let alone on top of transitioning to become a woman.

"Lucas was amazing throughout - and he was all I needed. I never expected to find love and companionship again.

"When I dropped Lucas at school and picked him up, I'd chat to Beth and we realised how much we had in common.

"Having Beth as a friend and someone to confide in was amazing and I was even more blessed when it progressed into something more.

Beth, a preschool teacher, said: "Right from when I met Katie, I liked her.

"I used to think she was too cool for me. I'd never dated a woman before and was curious about how I felt for her.

"I desperately wanted to be friends with her, and through organising playdates for our kids, I got there - and further!"

The family lived happily together until the shock diagnosis of Minxi's cancer in March 2015.

When Katie confided in Minxi about her wanting to transition, she received the full support of her spouse, despite some initial confusion.

Despite chemotherapy and radiation, Minxi's condition deteriorated, and she passed away in December 2017.

Katie said: "All of a sudden I was a single parent. I was overwhelmed with grief and fear, but thinking about my transition took my mind off things.

"Minxi had known about my feelings regarding my gender. Of course, it was difficult for her to get used to, but when she realised how happy it made me, she let me get on with it.

"I was consumed by the transition, constantly attending appointments, therapy sessions, and being a parent for Lucas, that I didn't have time to think about things properly.

"Minxi's death showed me that life is too short to pretend.

"I loved her so much, and thank her every day for allowing me to consider actually doing what I had always wanted to - to begin my transition and become the person I always knew I was." 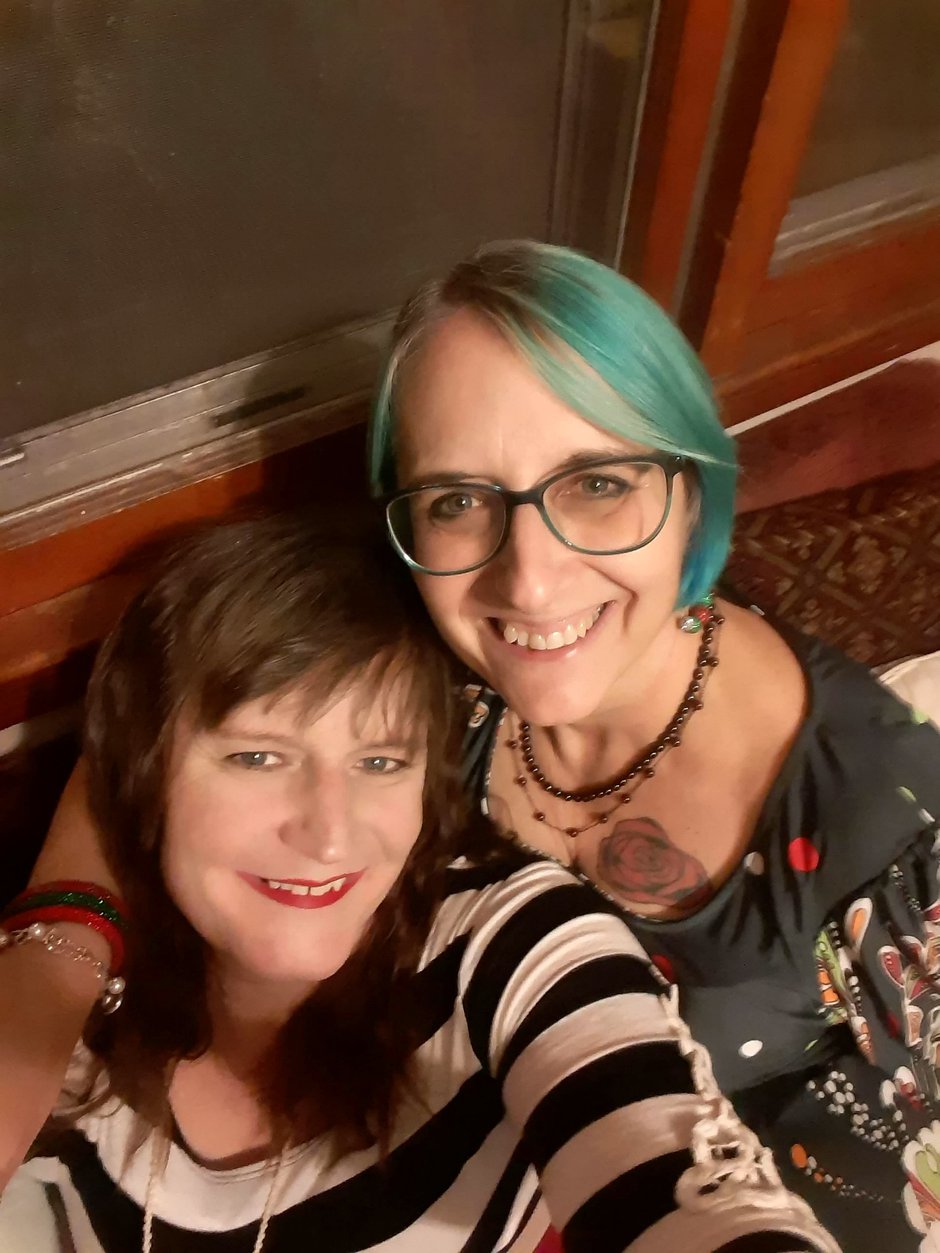 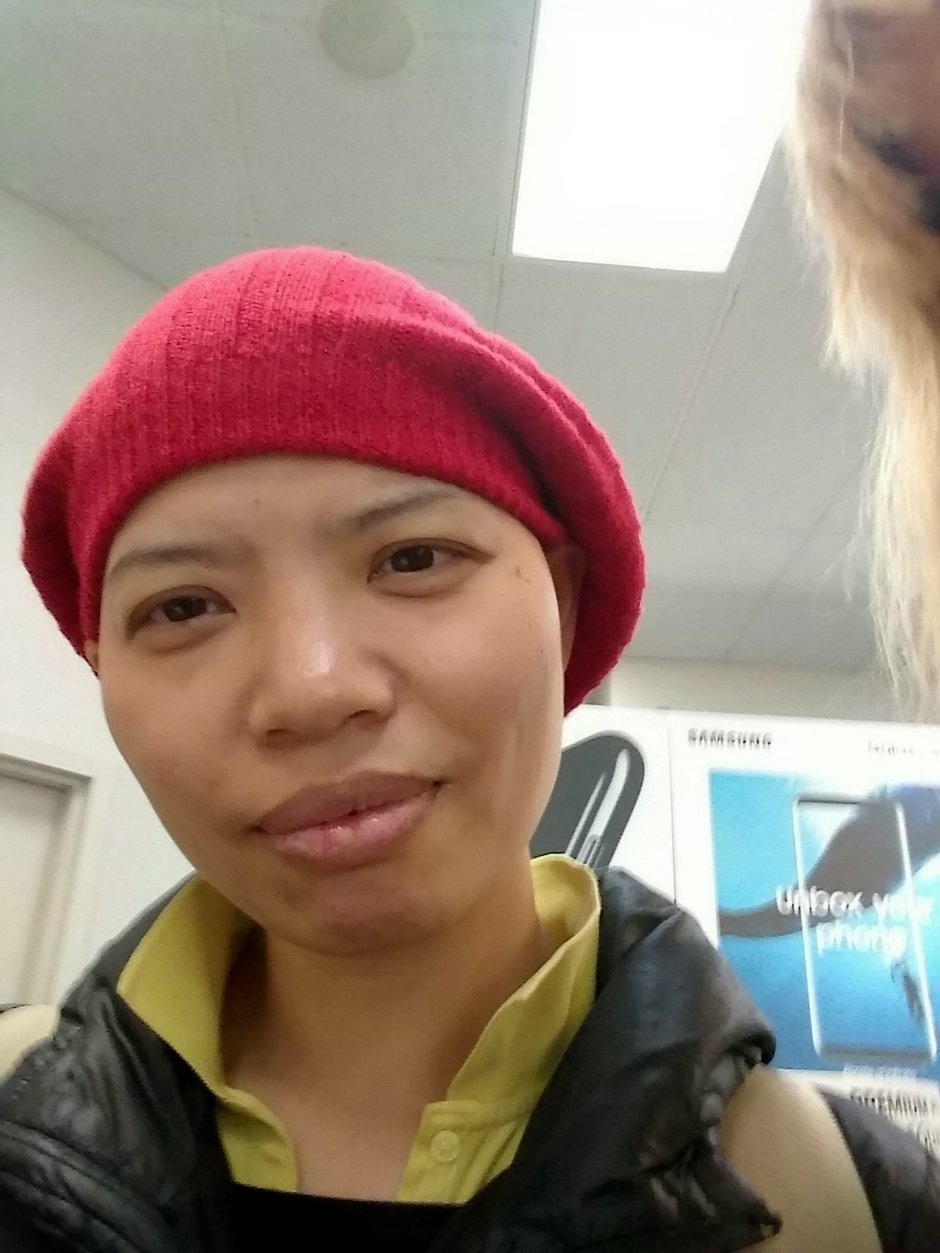 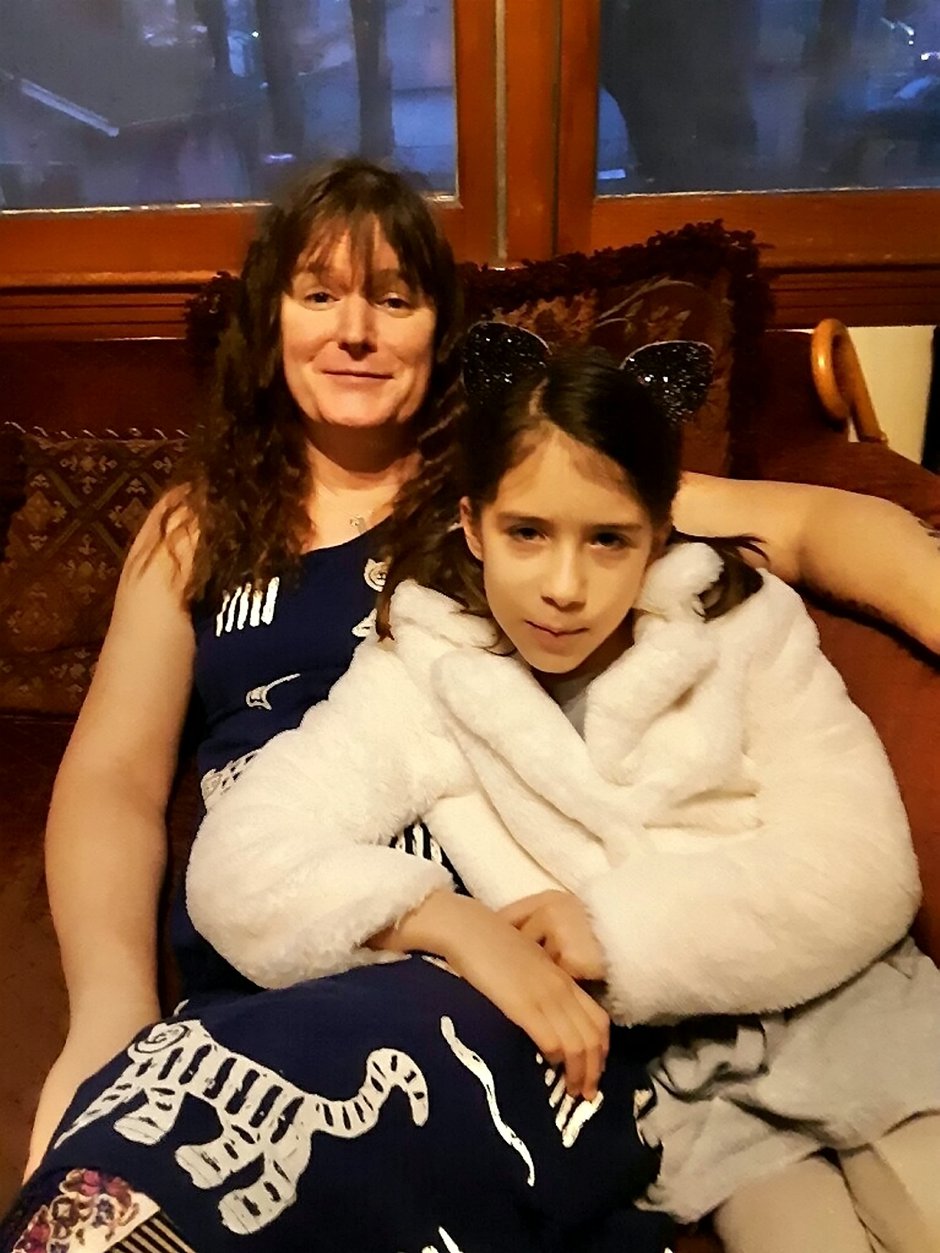 Katie began her transition in June 2016 - undergoing hormone therapy and surgery and completed it in January 2019.

Katie - who does not have contact with the rest of her family - has never told her son Lucas about her previously being male. He has always known her as Katie and can't ever remember her being a man.

In September 2018, when Katie only had a further six months to wait until her gender confirmation surgery, she enrolled Lucas in preschool.

"The first thing I saw when I walked into the school was this amazing flash of bright blue hair," Katie said.

"I thought: 'That looks like my kind of person,' and went over to speak to her.

"She introduced herself as Beth and when I figured out that she was Lucas' new teacher, the thought of seeing her a lot was nice.

"She seemed like the kind of person I would be friends with.

"Her blue hair and tattoos really appealed to me, and I wanted to get to know her, so over the next week we organised a time to take our kids to the park together on a playdate."

Beth was married to her husband Rhon Davis for 31 years until he passed away at 58 years old from a heart attack.

Consumed by grief, the mum-of-four threw herself into parenting and teaching.

When Beth met Katie, the topic of loss didn't take long to come up.

Beth said: "We found out pretty quickly that we were both going through the same thing.

"Our spouses died within six months of one another, and to have somebody else around to relate to was a breath of fresh air.

"I thought Katie was too cool for school.

"Never in a million years would I have thought she would be interested in hanging out with me as a friend, let alone become my girlfriend."

During trips to the park and bowling alley, the friends talked about their feelings and discussed Katie's transition at length.

Katie said: "Beth was always there for me, through what was one of the most confusing points of my life.

"We chatted on the sidelines a lot, whilst we watched the kids play, but never got much chance to talk in private.

"I think we both knew something was going on, but neither of us spoke about it."

One night in July 2019, the pair finally managed to have some alone time.

During an evening in, with the kids being looked after by a childminder, the couple decided to watch a documentary entitled 'Out here in Kansas' about being gay in Kansas, Christianity and the troubles that come with homosexuality and religion - which was created by Beth's cousin Adam Knapp, 49.

This led to a serious conversation about Katie's experiences, and brought the two women closer together.

Katie said: "I think neither of us knew where we stood after that night. All I knew was that things were on a different vibe now.

"And then the next morning, Beth texted me something that blew my mind."

"She asked me if I could come over, so I went over during my lunch break," Katie said.

When Katie knocked on the front door, she was greeted by a very nervous looking Beth.

Beth said: "I was so incredibly anxious, but I knew I just had to do it.

"I took her face in my hands and kissed her. That's where it all began."

As it was Beth's first same-sex relationship there was lots of questioning, but the couple worked through it and made their relationship official on August 1st 2019.

They went on their first date a month later, taking a trip to Lawrence, Kansas, where they ate at a Greek restaurant and strolled hand-in-hand.

With their relationship official and the future looking bright, the couple knew that the time had come when they would have to reveal it to their children.

Katie said: "Telling Lucas was easy. I got myself all nervous, but as he was just five years old, he just accepted it.

"I just explained that Beth and I were really good friends, and now we were going to be a bit more than that - he was completely fine with it!"

Due to her children being older, telling them about her relationship with Katie was something Beth was afraid of.

"When I told Breanne, I had got myself all nervous and worked up," Beth explained.

"But she just said: 'Yeah, we already know that mum!' it was a huge relief!"

Since the couple becoming partners, they have bought a new house in Topeka together, where they will live with Aiyana and Lucas.

In October 2019, Katie needed to buy a new car, due to her brakes not working. Whilst looking for a new car, the couple realised that they may as well buy one together.

Katie said: "I don't know why, but this just confirmed things for me. Buying a car together is a big, long-term commitment. And the fact that we were both so happy to do that just proved it to us.

"When we were driving home, I looked at Beth and told her I didn't want to be her girlfriend anymore."

Beth said: "Hearing that was incredible. I told her I didn't want to be her girlfriend either.

The couple bought matching engagement rings and have set the date for their wedding in June 2020.

"I never thought I could feel this comfortable in my life and in myself," Katie said.

"When Minxi passed away, I thought that was the end of everything for me.

"I have found myself, but I have also found love."